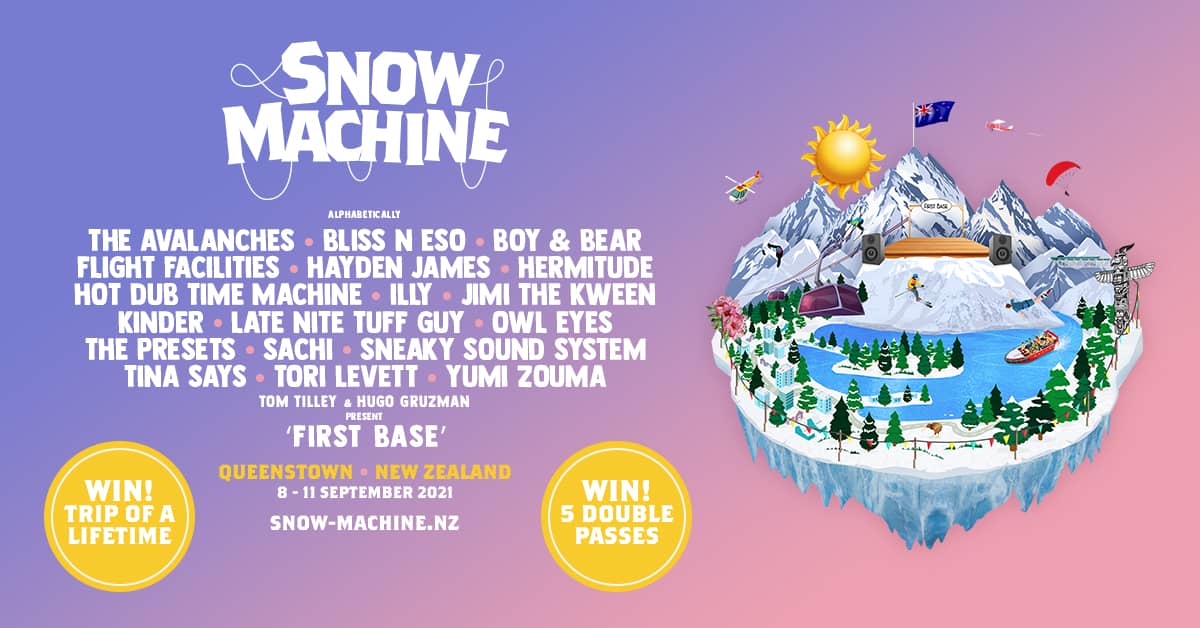 Monday, January 18: After an enormously successful debut in Japan in 2020, Snow Machine is thrilled to expand to the premier alps of Queenstown, New Zealand for four snow-filled days of music and adventure across September 8th – 11th, 2021.

A fully curated destination festival, attendees will be treated to days on the slopes interspersed with après events on Coronet Peak and The Remarkables, before retiring to the main festival arena in the village in the evenings.

In partnership with NZSki, this edition will be headlined by none other than plunderphonic legends The Avalanches, alongside the most trusted cabin crew Flight Facilities and platinum soulful-house producer Hayden James. With sets at Glastonbury and Coachella listed on their resume, iconic festival mainstays The Presets are sure to heat up the frosty nights.

The heavyweight lineup will play in front of Queenstown’s infamous peaks providing the most idyllic backdrop. Considered one of the adventure capitals of the world, festival goers are invited to immerse themselves in optional additions of heliskiing, jet-boating, bungy-jumping and sky-diving.

CEO of NZSki Paul Anderson is delighted to host the New Zealand edition of Snow Machine, saying, “We’ve seen how successful Snow Machine was in Japan and are excited to welcome Aussies over the ditch for the New Zealand version when the trans-Tasman border has opened. Being so close to Queenstown, our mountains are the perfect location for festival goers to hit the slopes before heading downtown to enjoy what is an impressive line-up of artists.”

With a travel bubble incoming and only a three-hour flight from Sydney, Melbourne and Brisbane and under two hours for Auckland locals, it’s a no-brainer for travel suppressed revelers.