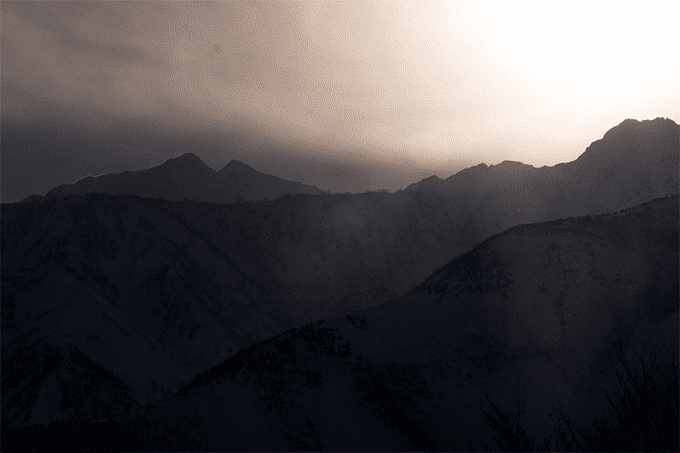 Merry Christmas my fellow pow shredders! Welcome to the soaring mountainous terrain and bottomless powder that is Hakuba Valley for the 2018/19 snow season. After last year’s incredible season the excitement for this winter has been at an all-time high.

Unfortunately here in Hakuba, the powder keg taps have not been flowing consistently… yet! But it’s not all gloom and doom, as I type this it’s currently snowing outside with the Grasshopper calling for 1 to 1.5 metres of snow, arriving on Boxing Day.

Currently, 9/10 ski areas are open in the Valley. The pick of the nine being Hakuba 47, Happo-one and Gory which all have the majority of their lifts spinning. According to the official snow depths from hakubavallet.com for December 24, Happo-one is measuring a snow depth of 80cm, while Gory is 95cm, Hakuba 47 95cm, Cortina 85cm, Norikuri Onsen and Tsugaike Kogen on 80cm, Iwatake 60cm, Kashimayari 50cm and Jiigatake and Sanosaka are sitting on 20cm and 10cm.

Let’s dive into the season so far!

Unlike our friends up on Japan’s North Island, down south on Honshu the snow has been slow to start, with Hakuba getting its first substantial snowfalls a couple of weeks ago with the odd top up since to keep the lifts spinning. In comparison to 2017/18, this is a late start but in the bigger scheme of things it is only marginally below average. As we all know with Japan, it is not a question of ‘if the snoweth shall cometh’, but wheneth!

The last couple of weeks have been a mixed bag. We started the season looking very green with patches of white snowmaking across the mountains. An early storm rolled through the night of the December 13 bringing winter to the valley and 20cm of white goodness.
It was nice waking up in the morning to a white village – winter had finally arrived! Happo-One was the first to open, with a limited number of groomed runs giving skiers and boarders the opportunity to brush off the cobwebs and rip some turns.

From Dec 15-17 the sun came out, but warmer temps came with it, radiating away the snow on the valley floor.
Goryu opened Sky 4 chairlift on the 15th with limited snow and Riesen Slalom Course opened at Happo-One.
A healthy top up overnight brought 20cm to the slopes with fresh turns and bluebird conditions the morning of the 18th. With limited terrain open the fresh stuff was well and truly tracked out by midday. Pick of the ski areas was Cortina (see image below) with plenty of deep turns cut early on.

The snow then started falling overnight with 15cm at village level on Wednesday morning. In the afternoon snowflakes fell and the skies opened up, dropping everything they had. The famously large and light J-Pow dumped across the valley and continued into the night.

Thursday was the day of the season so far with reports of 50+ cm in Hakuba 47 and social media lighting up with videos of deep turns and smiling faces.

Friday was partly cloudy with some lucky shredders finding the odd pow stash and Iwatake opening for the season.

Then the rain started… Saturday was wet. Hakuba daily snow reporter and all-time ski legend Steve Lee summed it up well, “a ripper few days riding, but this morning it’s pretty ordinary, raining in the valley and nothing changes all the way to the top”… “Take a cultural or lay/rest day and rest for the coming days, which look pretty good.” Night skiing at Goryu opened with runs on Sky4 chairlift.

Sunday was partly cloudy with the odd snow flurry and a slight sprinkle of rain. The snow was heavy, rain-affected, but still fun for a slide on the groomers. The rain started to fall in the late afternoon and well into the night, but as the cold snap came through the rain turned to snow and we woke to 20cm of fresh up at the top yesterday.

So a wet start to the season so far but with the rainfall creating a frozen layer and huge snowfalls expected, a solid base has been established to set the valley up well for the coming storm!

What’s coming.
I’m sure you know what’s on its way! Mother nature has given us the best Christmas present possible, With the Grasshopper calling huge snowfalls starting Boxing Day. 56hrs of heavy snowfall predicted bringing over a metre and a half of snow, Yew!

Stay tuned for updates on the storm and Merry Christmas and a Happy New Year.