Presented by The North Face, East West follows Janina Kuzma, Anna Smoothy and Ayako Kuroda as they make the arduous crossing of New Zealand’s Southern Alps over the Main Divide from East to West.

Much of the inspiration for the expedition came from the book the Conquest of Mt Cook by Freda Du Faur, an Australian mountaineer and the first woman to climb Mt Cook, New Zealand’s highest peak, in 1910.

It was a time when mountaineering was definitely a man’s world, but Du Faur wasn’t the type of woman to seek society’s approval and, in the words of Anna Smoothy, was “unapologetically unstoppable”.

“Seeing that book and the photos in the scrapbook that she has of all these females, really gave me the inspiration and motivation to do the trip with Ayako and Anna,” said Kuzma.

The expedition starts in the east in the Liebig Range and they cross the Mount Cook national park before exiting through the Tasman Glacier on the west coast. The trip is challenging, both physically and emotionally, with storms forcing them to rush and find refuge in huts along the way and while the snow is often wind-scoured, icy, the mountains are spectacular.

The receding glaciers presented their own challenges,  collapsed ice fields and crevasses making the crossing difficult and dangerous.  It is also a sad and sobering reminder of climate change’s accelerating impact on New Zealand’s Southern Alps.

“You can see it shrinking in front of you,” Anna Smoothy said. “And it’s really sad actually.” 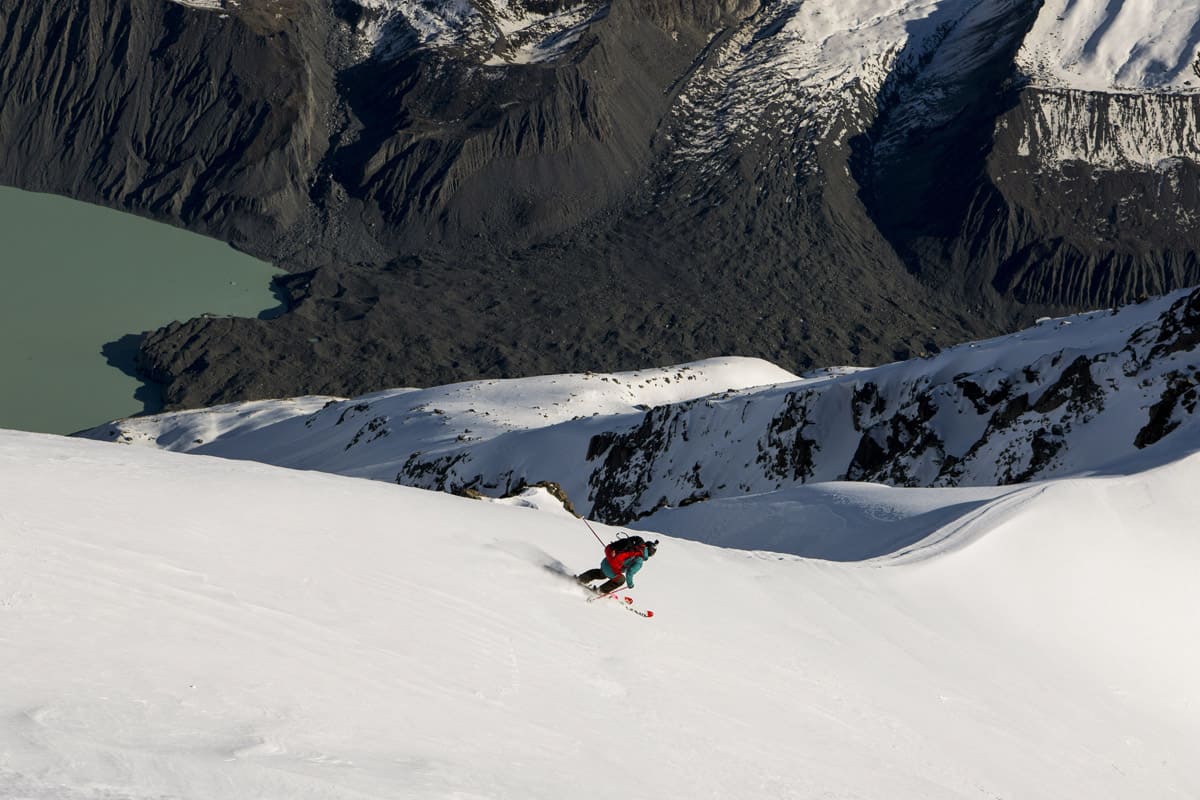 East West has toured around the world from the New Zealand Mountain Film Festival, and the Women’s Adventure Film Tour in Australia, to IF3 and High Five and the Shades of Winter Festival. It is one part of the series ‘A Winter Affair‘ – a collection of ski films exploring far reaching places for unexpected ski lines, developed by Janina Kuzma.