Mt Buller 7 April 2020:  Mt Buller reached a major milestone at the end of March as major earthworks on the new water storage reservoir were completed and the liner was installed.

The reservoir is an $11.3m investment for the resort securing 100 megalitres of water storage for the village, snowmaking, fire fighting and environmental use.  When it reaches capacity the reservoir will hold 40 Olympic swimming pools worth of potable water for the resort.

Keen followers of the project have noticed on the live webcam the reservoir is already holding water following 120mm heavy rain in recent days.

Mark Bennetts, CEO of the Mt Buller Mt Stirling Resort Management Board said, “We are delighted to reach this significant milestone on time, particularly against the backdrop of a challenging six months including snow in November and a resort closure due to bushfires in January. We give credit to the dedicated team of contractors for a big job, well done.”

The next step in the project is to install an aeration system to stop water freezing during the snow season.  New pumps are also being installed to move water into and out of the reservoir, along with an innovative watering system to sustain the rare alpine bogs in the area.  Initiatives during construction minimised the project footprint, which has conserved existing plants in the area.  The resort is also sourcing unique native plants specific to Mt Buller for the revegetation of the area.  A specialty nursery at Mt Hotham is producing 15,000 plants to assist. 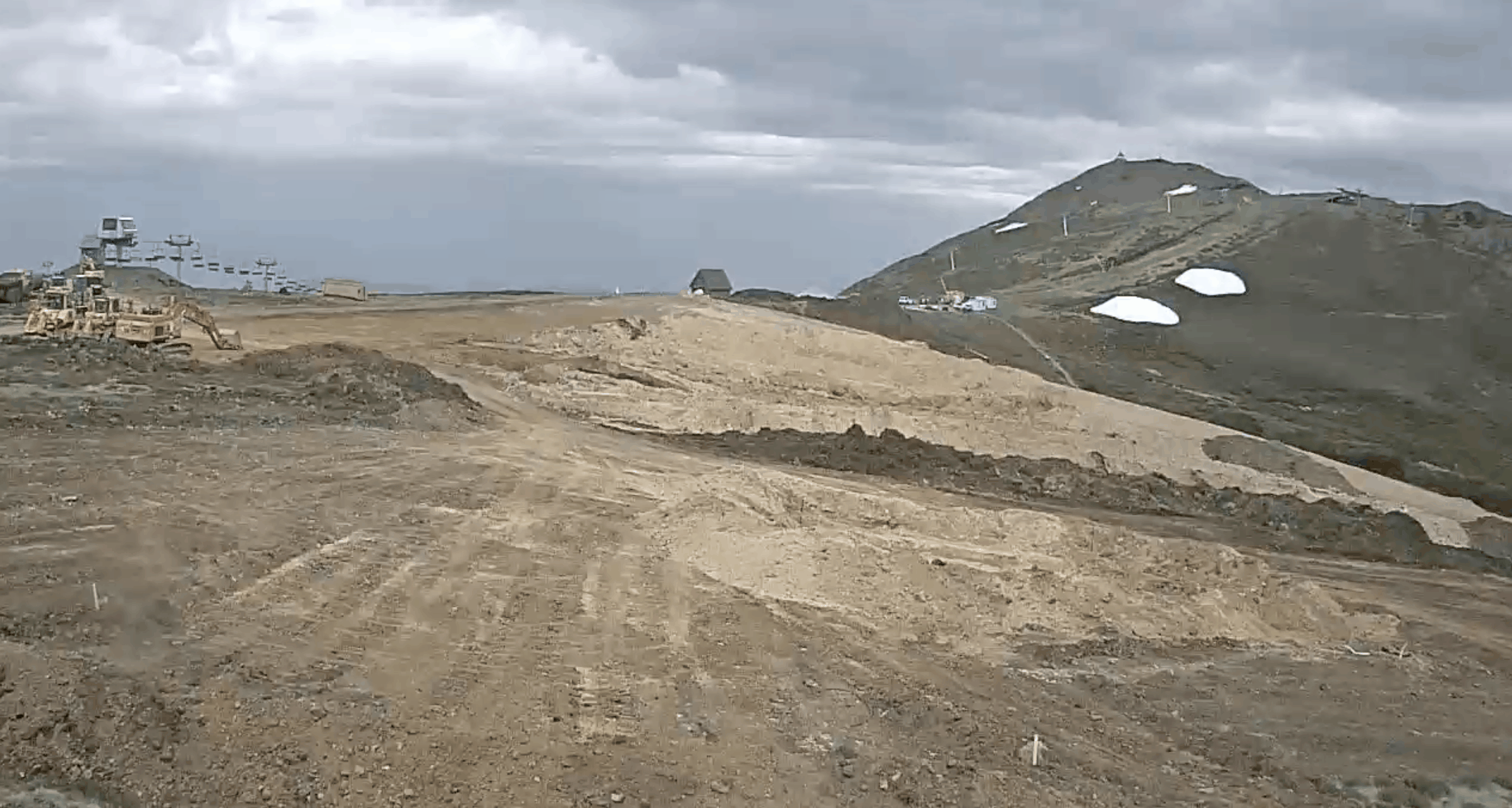 Check out a time-lapse of the reservoir taking place from October 2019- March 2020 here.

WHAT ELSE IS NEW IN THE RESORT?

In addition to the reservoir there has been plenty of activity on and around the mountain as part of the ongoing commitment to make Buller even better:

The increased water capacity has allowed Buller Ski Lifts to invest another $4m expanding the snowmaking network and installing a new compressor.  “Standard Run has been the prime focus for added snowmaking with new guns in place along the length of this popular run.  The final stage to the Bull Run chairlift will be completed in the coming weeks,” explained General Manager Laurie Blampied.   “50 Borax snowmakers have been purchased to service existing hydrants and the lower section of Men’s Downhill.”

IMPROVED FLOW FOR SKIERS AND BOARDERS ON THE UPPER MOUNTAIN

Skiers and boarders can anticipate an easier slide over to the Little Buller and Wombat runs and less effort to access the summit area following improvements associated with the new reservoir.  Laurie Blampied explains, “We’ve taken the opportunity to use fill from the reservoir within the construction footprint to re-contour the terrain and make getting to your favourite runs easier.  The new skiways will deliver a smoother flow for skiers and boarders to traverse with less skating and effort.

Another game changer enhancing the flow around the ski area is the new link between the bottom of Summit Slide and the Grimus chairlift across to the base of the Bonza chairlift.

This gentle connecting trail meanders through the snow gums offering stunning views to the north and will be popular with intermediates wishing to loop between the summit area and northern slopes.  The new trail makes the traverse to the northside a breeze and will help keep more skiers and boarders on the move.  The construction and landscaping on the traverse are completed ready for winter including revegetation with native plants and soil preserving techniques.

The Kooroora Stage 2 development has been surging ahead over summer with the upper level accommodation floors close to completion.  The new retail colonnade level will house a spacious group rental facility, a new Altitude retail experience and in-store specialist boot fitting service ‘Orthoski’.  Stone cladding blends the new structure with the existing village style and guests will enjoy more usable area in this revitalised public space, complete with undercover seating outside the Kooroora Hotel.

Over summer, repairs and upgrades have also continued to be made to the roads and carparks around the village to provide a safer and smoother experience for drivers and pedestrians. This includes sealing 700m of Corn Hill Road and the associated 200 vehicle carpark, which is the first increase in on-mountain parking capacity for many years.