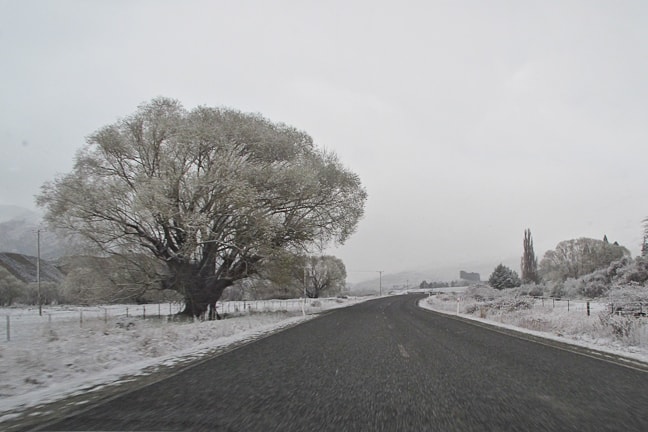 As the residents of Southland in New Zealand continue to shiver their way through some of the most extreme weather in recent memory, it’s probably worth having a quick look at what brought all of that cold air.

We can do that by taking a quick look at the synoptic charts through the period.

Wednesday 15 September:Things weren’t too bad on Wednesday. Literally the calm before the storm. But lurking out to the west of New Zealand you can see an area of densely packed isobars, signalling an area of intense winds that are flowing roughly parallel to the isobars from west to east. These isobars are lines of equal pressure and you can see from the numbers attached to the lines that the air pressure is getting lower the further south you go. In the biz we would call this a trough of low pressure – and lower pressures usually mean that air is rising, allowing the formation of cloud and rain.

You can see that there is already a strong south-westerly flow over Tasmania – it turns out that wind was creating a huge swell. A buoy on the west coast of Tasmania recorded its biggest ever wave on Thursday, at 18.4 metres. But hang on – this is a snow website… 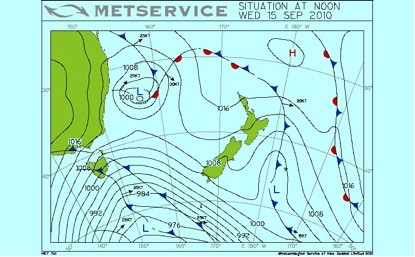 The strong south-westerly coming over Tasmania on Wednesday

Thursday 16 September:Things started to heat up, or cool down, as it were. You can see the North Island is getting a little touch up from a modest system of low pressure, but that doesn’t concern us. You can also see that our trough of low pressure hasn’t progressed much, so we still had north-westerlies onto the South Island and a strong southerly flow in the Tasman that was pumping ridiculous amounts of frigid air up from Antarctica. The Remarkables picked up 30cm over the day. 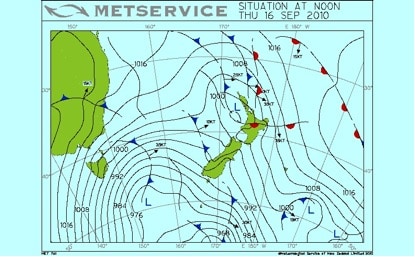 Frigid air was being pumped up from Antarctica

Friday 17 September:Business time. Things were getting incredibly cold, and snow will eventually get close to sea level, with more than 10 centimetres falling on Invercargill. One of the really cool things in the satellite picture below is the speckled appearance of the clouds to the west of NZ. As that cold Antarctic air flows up over warmer oceans it warms and rises, and this shows up as a massive area of shower activity. The whiter cloud tops in the south are most likely thunderstorms. Cadrona reported 40cm of fresh snow the following morning. 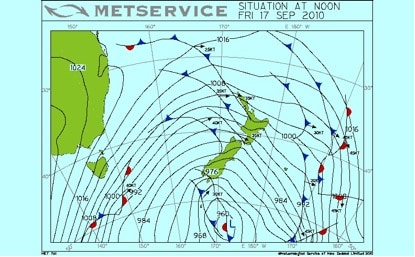 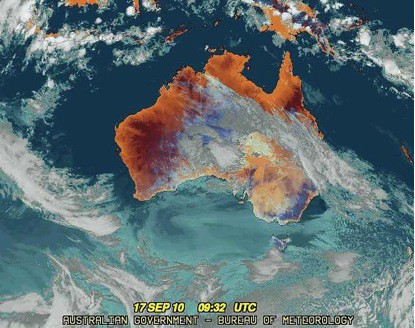 Speckled clouds to the west

Saturday 18 September:The southerlies just kept on coming. I won’t call this weather system unusual because I would be guessing how often it occurs, but it’s definitely impressive! Look at the trough of low pressure now. You can see that it stretches from 140°E to 160°W, which at 45°S is about 4500 kilometres. That’s a big trough. Notice that there’s a southerly across the entire width of the Tasman Sea (with the wind running about parallel to the isobars). Now take a look at the speckled appearance of the cloud again. A clear signal of an unstable atmosphere and plenty of vigorous showers. Cardrona reported another 40cm of fresh on Sunday morning. 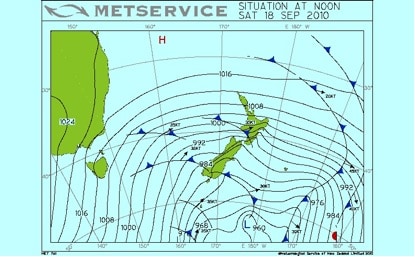 The trough of low pressure 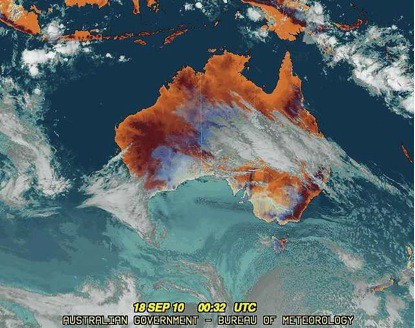 Sunday 19 September:Notice that there was another burst of tightly packed isobars on the way, halfway across the Tasman. Check out how this lines up with some thicker frontal in the satellite picture. Anyway, the showers kept coming, as you can see in the sat pic, and another 10 to 20cm fell across the Southern Lakes District. 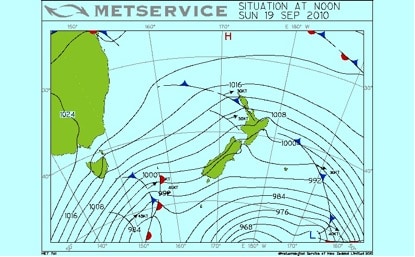 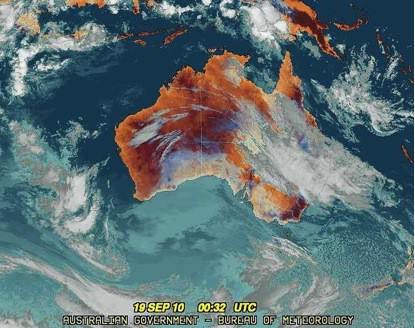 Monday 20 September:Amazingly, there’s still more southerly on the way. By the looks of the models things will generally be south-westerly over the South Island until Saturday. This has been an extremely impressive run of weather!

Still more southerly on the way

An extremely impressive run of weather