Although the awards will look different this year, they hold the same prestige and celebrate the fantastic achievements of our snowsport athletes and coaches.

Snow Australia CEO Michael Kennedy said: “It was another stand-out year for Aussie athletes and the calibre of nominees we received was of the highest standard.

“We are going to be catching up with all the finalists and winners over the coming weeks to reflect on the season that was, see what they are doing in isolation and much more.

“Congratulations to the nominees. They have been selected as the Athletes of the Year for their respective disciplines, which is a significant achievement and recognition in itself.” he said.

In addition to the above categories, award winners will also be announced for Outstanding Achievement and Coach of the Year as part of the 2020 Snow Australia Awards celebration.

Congratulations to the following award nominees:

Athlete of the Year (Olympic Disciplines)

Athlete of the Year (Paralympic Disciplines)

Junior Athlete of the Year

The schedule of the Awards is below and you can follow them at snowaustralia.org 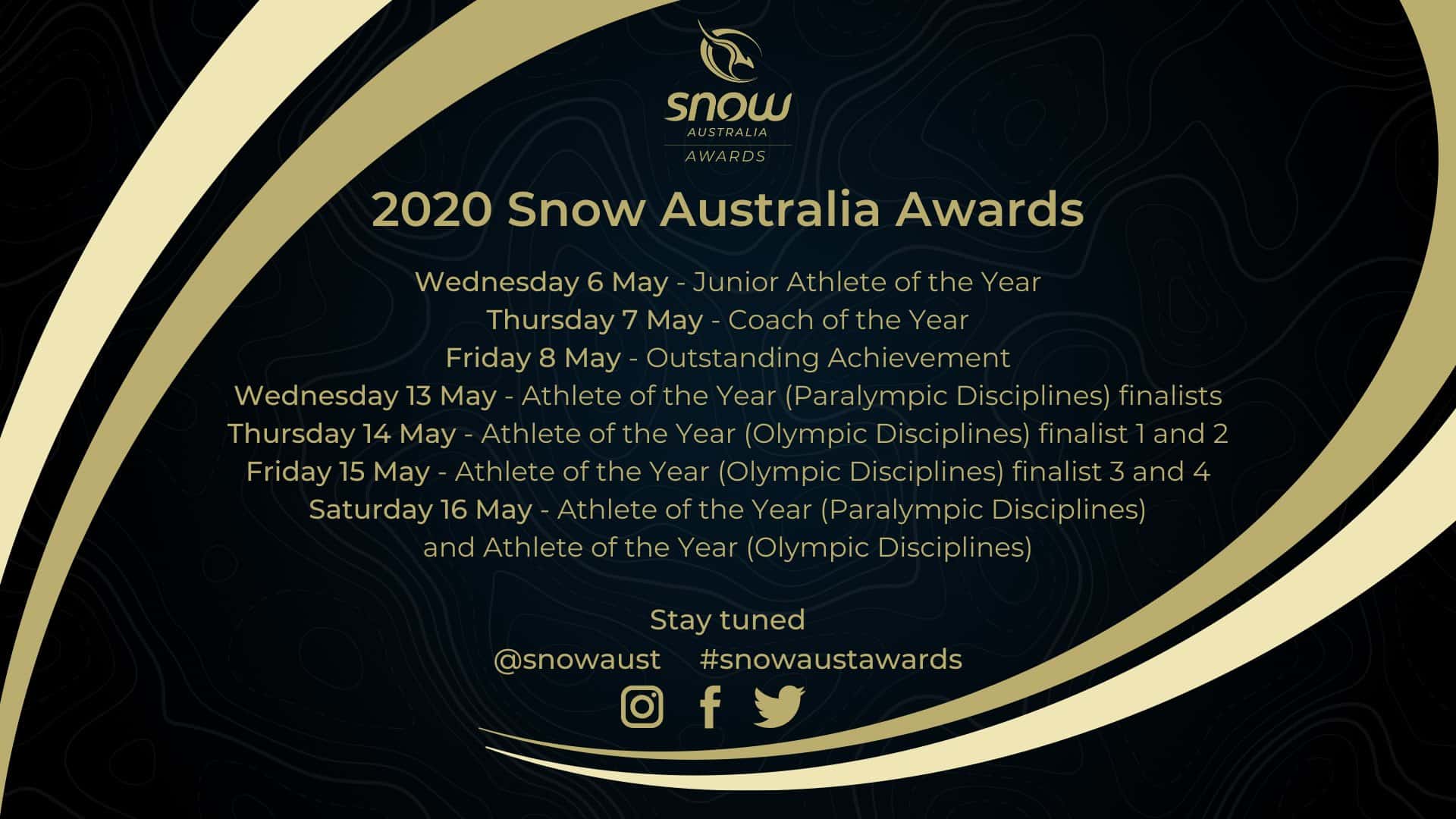