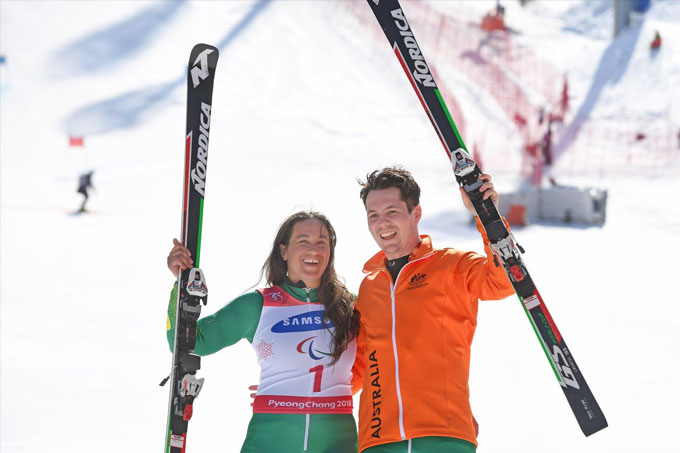 Melissa and Christian Geiger, her sighted guide and coach, celebrating on the course after winning the bronze medal. Photo: Australian Paralympic Committee

Australia’s Melissa Perrine won her second Paralympic bronze in two days when she and her sighted guide and coach Christian Geiger finished in third place at Giant Slalom at the Jeongseon Alpine Centre yesterday. A day earlier Perrine and Geiger won bronze in the Super Combined. 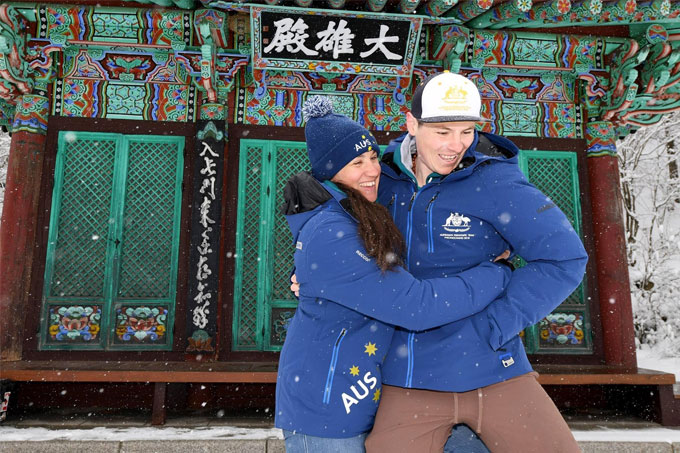 Melissa and Christian have been working together for a few years, and the consistency and understanding is paying off. Photo: Australian Paralympic Committee

In an interview after the race with Australian Paralympic Committee media said she felt a sense of relief in finally winning medals in her third Paralympics.

“I love this sport, it’s an amazing sport. I wanted to relax and have fun out there today and I managed to do that.”

I’m really relieved that the work we’ve done on consistency over the past couple of years has paid off,” she added. “This time I’ve been able to transition my World Cup form into the really big major competition form.”

All eight Australian Para-alpine skiers competed in Giant Slalom yesterday. Of the eight, there were three top-10, four top-20 and one top-25 finishes. Perrine and Mitch Gourley (8th) were joined by sit-skier Tori Pendergast (8th) in the top-10.