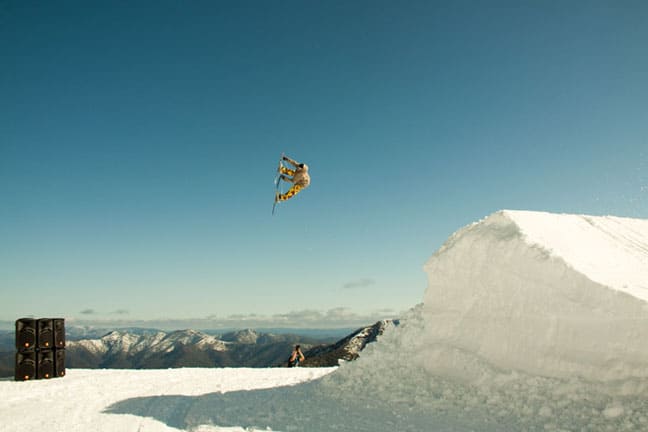 It’s Official! Victoria is victorious. They got ahead by only 155 votes, but in the end the real winner was Australian skiing.

The two films were seen by over 50 countries, even Lebanon, and collectively over 10 000 people. Australian skiing has never looked so good. The team at Mt Buller worked tirelessly to get it off the ground, with help from huge snowfalls the week before, Global Snow Travel and the Victorian Snow Sports Association, we got it done.

Check out both edits

The Open EditThe OPEN EDIT was the sidekick to SoO AirTime, a video based competition open to the public. The rules were simple: make a short edit of your Australian snow adventure. The prizes were awesome. Thanks to the Victorian Snow Sport association, Global Snow Travel, LINE, Ride and Quicksilver, the winners get to go to Japan, shred on some new planks and wear some band new gear.

The top three were decided on public votes and the result couldn’t have been better. A truly mixed bag, from backcountry to jib the eXtreme. Check out the other videos at SoO AirTime.

Thank You everyone who watched and voted. Thank you especially to those that told their friends.