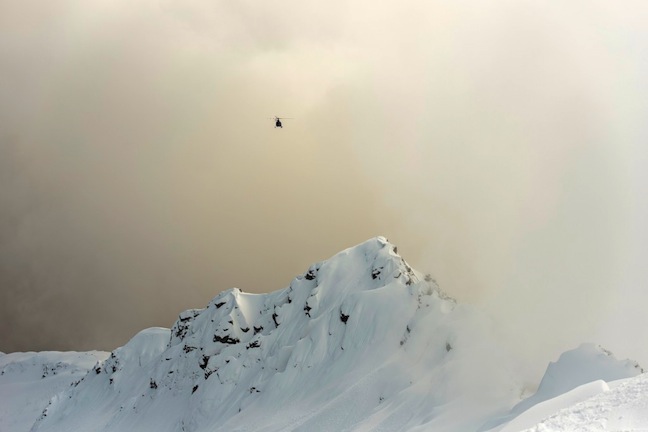 The winner of the Canon Award for 2013, Image:: Mickey Ross/World Heli Challenge

The World Heli Challenge is shaking things up this winter with the launch of a new format, featuring a worldwide “Call Up” to all freeriders and filmers who would like a piece of the action. Those who make the cut will share in the rewards with the addition this year of a generous pool of cash and prizes valued at NZ$32,000.

Skiers and snowboarders can pair up with a mate and win their way into the legendary heli-­ The Call Up. Teams of two athletes -­- any combination of skiers/snowboarders -­- are invited to submit their 2-­-3 minute edit to earn their place in the 2014 World Heli Challenge.

Just two teams will make it through to the World Heli Challenge, which will be staged from 7-­-15 September in a new setting in Mackenzie Country around Aoraki Mt Cook and Ohau.

The teams will go head to head in a World Heli Challenge over 9 days including up to two heli-­­-person teams for the Challenge.

One of the notable changes to the event this year is the lucrative cash purse and prize pool now on offer for the competitors. This is the first time a cash prize has been on offer for the athletes. The ultimate winning team will share in NZ$10,000 cash ($2,500 each), and the Runner Up team will split NZ$4,000 ($1,000 each). The photographers and filmers are also in the running for additional prizes from iON Cameras and Canon to reward the best edit and portfolio from the competition.

Event founder and director Tony “Harro” Harrington talks about the changes, “We are really excited about this new model, especially because we’ve put a big reward on the table with serious cash and prizes up for grabs, not to mention the outstanding experience of heli-­-accessed riding in the backcountry of New Zealand.”

“There is just so much untapped talent out there and we are fired up to see the entries come in and blow us away with their freeriding and their edits. We are confident that both athletes and filmers will be excited by the Call Up theme of “Big Adventure/Big Rewards”. We know there are plenty of Heli Challenge alumni who will be pumped to tackle this new format and defend their titles and we’re also excited about the raw talent we’ll unearth through the Call Up.”

The World Heli Challenge has always been about creating jaw-­-dropping content and stories and this commitment to profiling athletes, the stunning New Zealand alpine environment and the adventure lifestyle remains central to the new format with the Canon Shootout still a key feature.

The iON Showcase Awards Night to announce the winners and ‘showcase’ the event in a film festival style will be held in Queenstown on the night of the 18 September.