You know the chairs will start spinning soon when Warren Miller resurfaces with another classic ski film. The 67th full-length feature film from Warren Miller Entertainment, ‘Here, There & Everywhere’ is premiering in Sydney this week at the Hayden Orpheum on Wednesday night before travelling through 21 other cities and regional centres.

In 1949, original ski bum and adventure film pioneer Warren Miller began capturing the wonder, the adventure, the humour and the beauty that is skiing. Since that time, Warren Miller film crews have travelled the globe—from storied slopes to hidden, snow-covered corners—taking powder-hungry filmgoers Here, There & Everywhere.

Narrated by Jonny Moseley as well as Warren Miller himself, the film was shot on location in such places as: California’s Squaw Valley, Colorado’s Crested Butte and Steamboat, Utah’s Deer Valley, Montana, Switzerland, Kicking Horse in British Columbia, Cordova in Alaska, Greenland and even Boston’s Fenway Park. In other words, and as the name suggests, it was filmed Here, There and Everywhere.

If the world class skiing and snowboarding isn’t enough, attendance could also see you winning one of eight major prizes, from a set of Head skis to a day heli-skiing in New Zealand with Southern Lakes Heliski.

You can purchase tickets here.

Watch the trailer below: 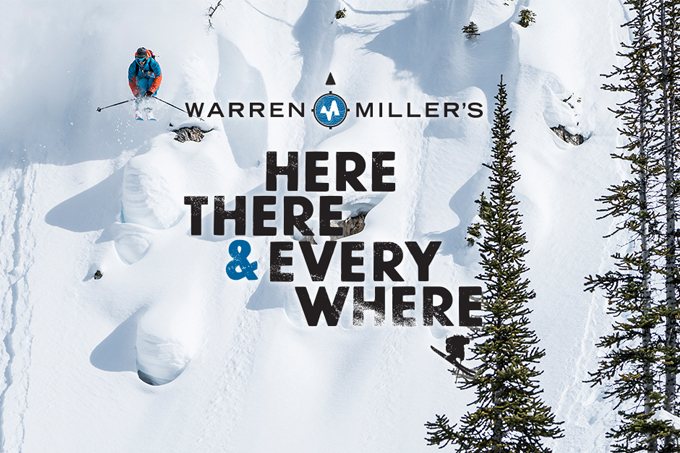