This the latest film in Austen Sweetin’s Boardslide Worldwide series and Wind Slab is another showcase of Austen’s freeriding and why he’s one of the most watchable snowboarders out there.

It was filmed during last winter on his home turf in the Pacific Northwest, opening with an awesome sequence shot at the infamous Mt Baker road gap with plenty of powder, backcountry hits and a radical line that gives the film its title. Wind Slab consists of the best shots from a few days filming when conditions were prime and as you’ll see, it is what the freedom of snowboarding is all about.

Travel restrictions meant last winter was Austen’s first full season at home in over a decade. Here’s his take on the winter and the film:

“In the 12 years that I have been fortunate enough to spend my winters traveling the world to chase winter storms this was the ﬁrst year I was able to stay home and ride a full winter of storm cycles at my home in Washington. The Northwest corner of the United States is a unique place to say the least but no matter where I travel I ﬁnd myself craving the harsh climates of the place I call home. There is something special about something that isn’t easy, maybe it’s the consistent ﬁght to score all time conditions because they are far and few between or maybe it’s the challenge of navigating through our weather patterns and absurd temperature ﬂuctuations all winter long.

It’s the days that it is 36 degrees and snowing that you are patiently waiting for the temps to drop and the snow to lighten and the sneaky mornings where it was forecasted to rain but it’s two feet of fresh. It’s the challenge of managing these weather patterns and the reward of when it pays off. This 20/21 season with travel being shut down I took the time to stay home and ride out the atmospheric river weather patterns. 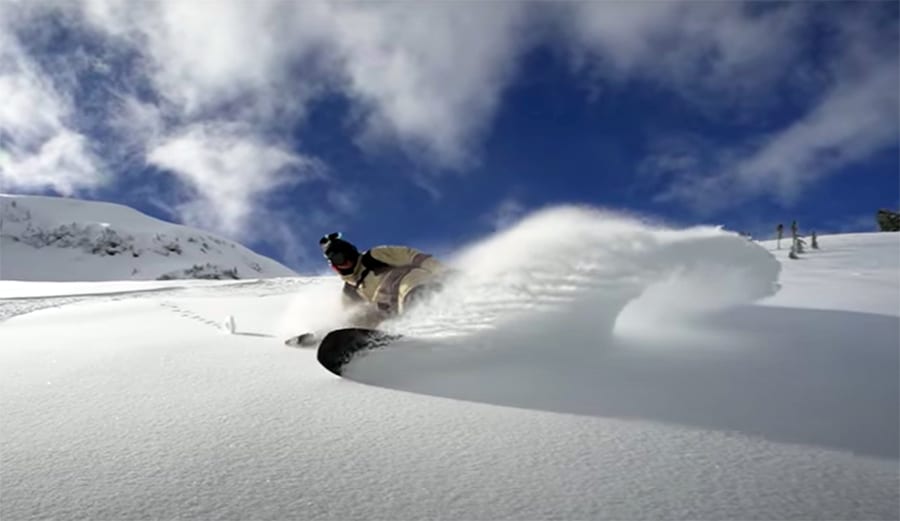 Wind Slab is the result of my season at home. This short ﬁlm is ﬁlled with our best shots that were ﬁlmed over the course of a few days while ﬁlming for the Boardslide Worldwide series. Being home allowed me to hit many of the iconic features that I have looked at and wanted to hit my whole life but haven’t been around in the right conditions to do so. I hope this ﬁlm gets you ﬁred up for winter and to go boarding but that it also inspires you to explore the areas you live as there are always sneaky little gems to be found. Until next time, Stay fast.”