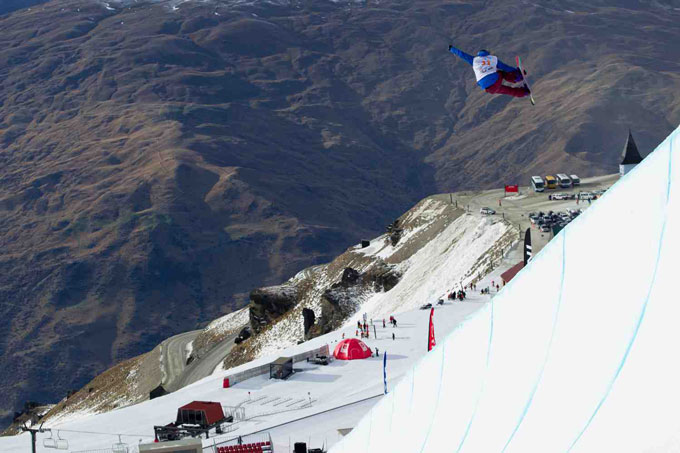 Today Burton Snowboards announced the list of top invited riders confirmed to attend the 3rd annual High Fives presented by MINI, including Mark McMorris (CAN), Stale Sandbech (NOR), Ayumu Hirano (JPN) and Jamie Anderson (USA). The unique competition pairs 60 of the best snowboarders with up and comers to compete in fun off-snow team activities and world-class slopestyle and halfpipe competitions at Cardrona Alpine Resortin New Zealandfrom September 15th – September 20th. All the action will be webcast and telecast worldwide.

The good times begin with a team selection party on September 15th, and on September 16th, the newly formed teams will take part in surprise off-hill activities in the surrounding Wanaka area. Up next, classic snowboarding competitions will get underway at Cardrona Alpine Resort with High Fives slopestyle finals on September 19th, followed by halfpipe finals on September 20th. The top riders from each discipline will take home World Snowboard Tour 5Star points and a piece of the $80,000 USD prize purse.

If you can’t make it to New Zealand, there are plenty of ways to experience all the action each day. For more information, including details on confirmed athletes, complete webcast schedules, as well as daily highlight videos showcasing on and off-snow events, follow the hashtag #BurtonHighFives and go towww.burton.com/highfives. Also be sure to check local TV listings for the 2014 Burton High Fives highlight show, scheduled to air in the U.S. and around the globe later this fall.

A big thanks to MINI for their support of the 2014 Burton High Fives event.