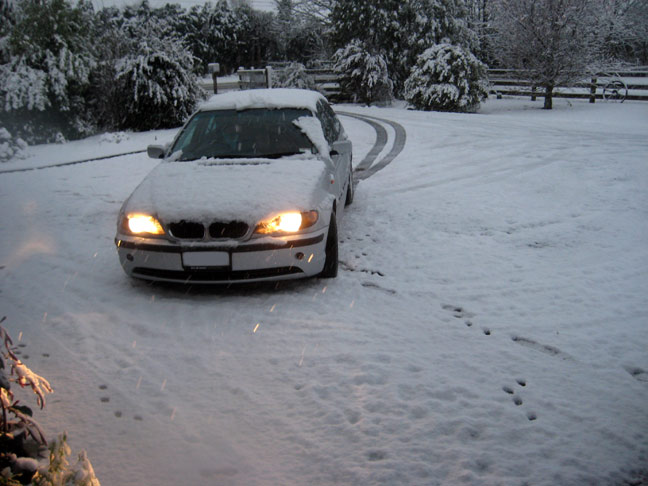 It’s dumping in Levin, which is only 24m above sea-level & an hour’s drive North of Wellington! Image: Sandra Gray

We have a fantastic snow event on our hands this morning for the east coast of New Zealand’s South Island. On Saturday morning our NZ snow forecaster Ben Taylor went out on a limb to call 50 cm for Mount Hutt, and the forecasts have now come around to his way of thinking. Nice call mate.

But the really interesting thing about this cold outbreak is how far north it is spreading, with snow to almost record low levels in the lower North Island, causing massive disruption. No doubt the amazing news and amazing pictures will keep flowing in today, but let’s take a look at how this weather pattern came about.

The calm before the terrible cliché

First, some analysis charts courtesy of the MetService, below. On Saturday at 6am (Figure 1) you can see that there aren’t many isobars over NZ, a sign that winds are fairly light and not much is going on yet, except for some rain out of a stationary front near central NZ.

But you can also see a conga line of cold fronts (the lines of blue triangles) approaching NZ from the south-west at 50 km/h, while at the same time a low pressure system sits north-west of the country. The lack of any significant high pressure system to the north means the door is wide open to the whole country, and forecasts were showing that the cold air was intent on pushing through. 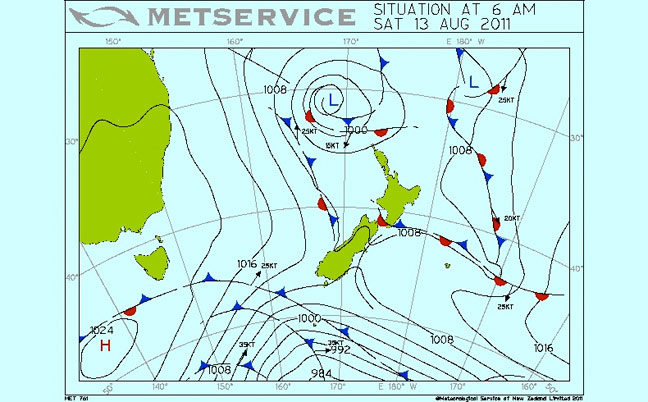 Fast forward 24 hours to Sunday at 6am (Figure 2). Three things are obvious.
1) The leading cold front, marking the boundary of the cold air, has now pushed over the entire South Island.
2) The low pressure system is now out to the north-east, and it has deepened to 992 hPA, increasing the pull on the cold air to the south.
3) The high south of Australia has dug in further west.

The overall effect of these last two points is that you can see the isobars now run roughly south-south-west to north-north-east, from Antarctica, across NZ, all the way north to the tropics. This is an extremely long southerly fetch, dragging up all that cold air from the pole.

To visualise this a little more, have a look at the visible satellite image for Sunday at 10:30am (Figure 3). Notice the extremely speckled appearance of the cloud to the south and west of New Zealand. That’s a sign of thunderstorms or heavy showers, caused by that cold air coming north over warmer seas, picking up heat, and then bubbling up through the atmosphere. 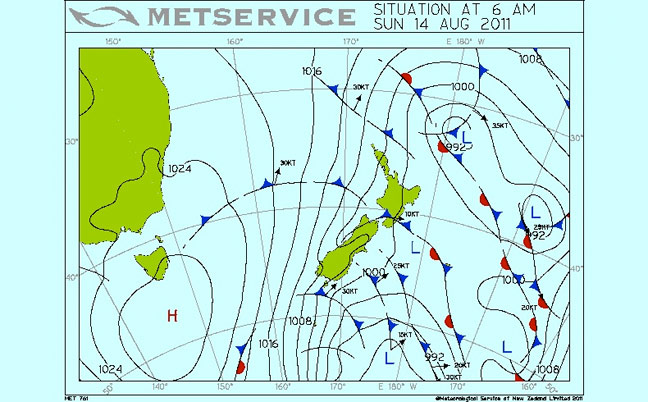 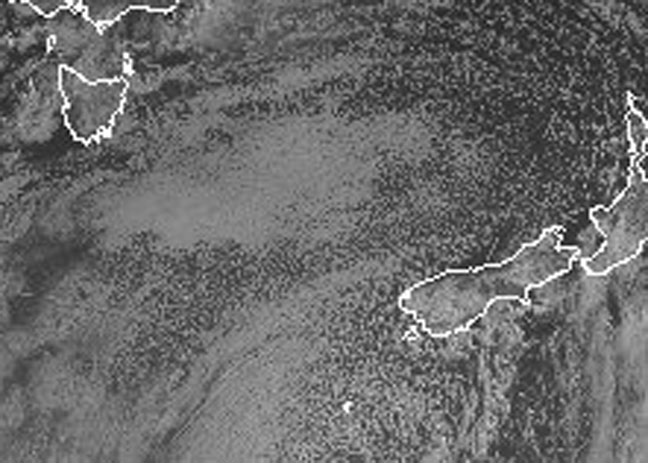 Figure 3: Speckled cloud around New Zealand at 10:30am on Sunday 14 August shows convection and heavy showers or thunderstorms.

Skip forward to the present, well 6am this morning at least (Figure 4), and you can see that not only is that cold air continuing to surge up the country, but the isobars are also starting to tilt back towards the east coast of the South Island as the high pressure system to the south-west pushes in a ridge south of the country.
That’s going to be the key to the big southerly then south-easterly dump in Canterbury today and tomorrow that has our NZ forecaster Ben Taylor frothing, so check out his forecast from this morning for all the details here. 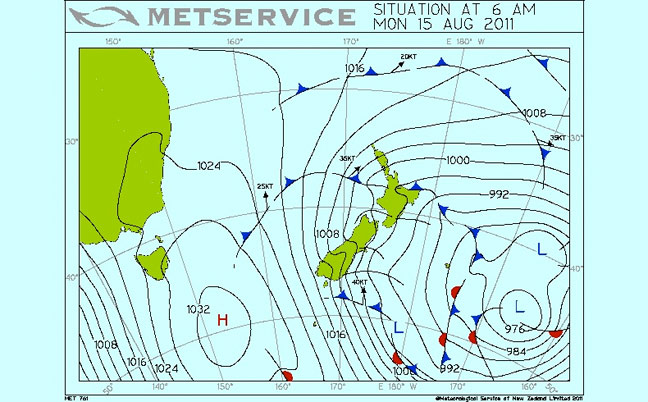 And just to wrap up, here’s the visible image from 8:30am Monday (Figure 5). Notice the cloud is still extremely speckled around the country. Also notice the big clear patch along the West Coast of the South Island, with the Southern Alps acting like an umbrella in this southerly.
That’s all from the Grasshopper. 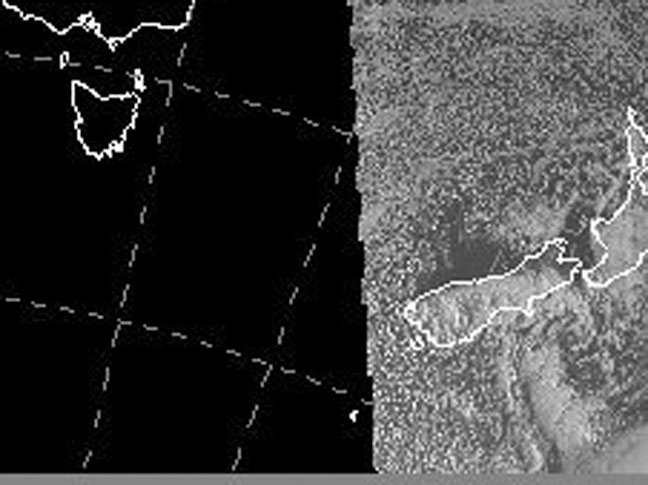 Figure 5: Speckled cloud at 8:30am on Monday 15 August indicate heavy showers or thunderstorm. The clear patch on the west of the South Island indicates a southerly.