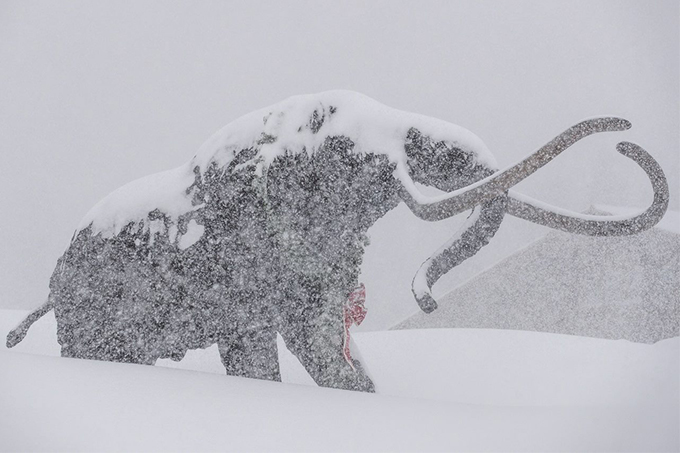 Mammoth has had a record breaking season and now not just in terms of its snowfall. Image:: Mammoth Mountain

Mammoth Mountain notably bought Snow Summit and Bear Mountain for $38 Million in 2014. The result being that Mammoth resorts alone now feature over 6,000 acres of skiable terrain and are visited annually by over 2 million skiers and snowboarders. 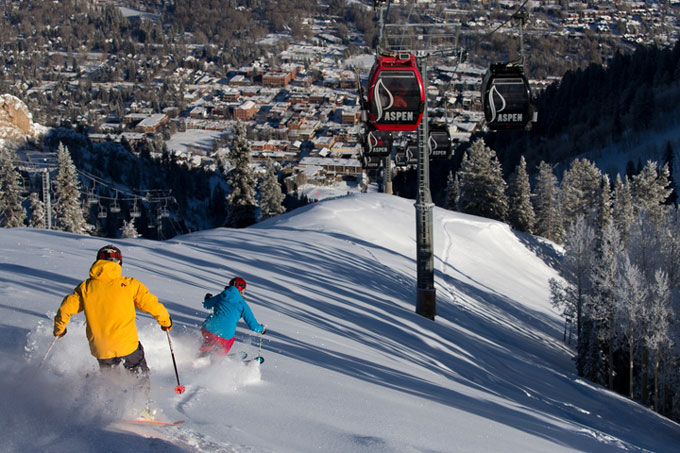 Those who ski Aspen regularly will likely now have a lot more to look forward to. Image:: Aspen

This new resort arsenal is set to worry the current ski resort superpower Vail, who you will likely recall made a number of their own acquisitions in the past year. Most notably the purchase of Whistler Blackcomb for CAD$1.4 Billion and closer to home the purchase of Perisher for AUS$176.6 Million.

Whilst Aspen’s expansion might worry Vail, It should have the opposite effect on skiers. The introduction of another major multi-resort pass could potentially lead to a reduction in season passes as both resort groups battle for supremacy.

The acquisition could however deal a blow to the Mountain Collective conglomeration of independent resorts, should Aspen Snowmass, Mammoth Mountain and Squaw Valley Alpine Meadows withdraw their memberships and establish their own version of the ‘Epic Pass’ which is highly likely.

The purchase of Mammoth also comes off the back of a record snow season for the area with Mammoth Mountain still boasting an upper base depth of 330”, the deepest of any U.S. resort.

The transaction is expected to close by the end of the third quarter of 2017 and although no sum has been revealed, Mammoth changed hands in 2005 for US$365.

Mammoth have made clear it will honour its obligations to 2017-18 season passes currently on sale, including the Mountain Collective.

See here for more Information on the Aspen/KSL merger and acquisition of Intrawest.

See below for the Mammoth Mountain full press release:

Aspen and Denver, Colorado, April 12, 2017 – Mammoth Resorts, the owner of Mammoth Mountain Ski Area, Snow Summit, Bear Mountain and June Mountain, today announced that it has entered into a definitive agreement to be acquired by a newly formed entity controlled by affiliates of the Aspen Skiing Company, L.L.C. (“Aspen”) and KSL Capital Partners, LLC (“KSL”). A Starwood Capital Group controlled affiliate owns a majority interest in Mammoth Resorts. The transaction is expected to close by the end of the third quarter of 2017, and is subject to certain closing conditions, including regulatory approvals. Terms of the transaction were not disclosed. KSL and Aspen previously announced plans to acquire Intrawest Resorts Holdings, Inc. through this new entity.

“Mammoth has been Southern California’s mountain home since 1948,” said Rusty Gregory, Chairman and CEO of Mammoth Resorts. “After doubling down on our offerings to Southern California with the purchase of Snow Summit and Bear Mountain in 2014, joining this new venture led by Aspen and KSL is the next logical chapter in the story of Mammoth Resorts. This new platform, built around a collective passion for the mountains and our commitment to the people who visit, work and live there, is exactly what the ski resort business needs. I am excited about the future prospects for Mammoth Resorts, our people and this new enterprise.”

“We have taken great pride in our ownership of Mammoth over the last 12 years. We invested in the mountains, our people, and planning for the long term future. Together with Mammoth’s talented management team, we successfully navigated a very tumultuous period. We implemented state-of-the-art marketing programs, installed modern RFID technology to improve traffic flow, and we added significant new lift capacity. By also acquiring and integrating Bear Mountain and Snow Summit into Mammoth we cemented Mammoth Resorts’ position as the leading provider of ski and summer mountain experiences for all of Southern California,” said Barry Sternlicht, Chairman and CEO of Starwood Capital Group. “We had greater plans for Mammoth but the Great Recession and then some less favorable weather, interfered with our strategic aspirations in a finite life investment vehicle. We know Aspen and KSL have the experience, commitment, and balance sheet to help make our vision a reality.”

“If you live in Southern California and want to ski, Mammoth, June, Bear and Snow Summit universally come to mind first,” said Eric Resnick, CEO of KSL. “This transaction will allow the combined company to better serve Mammoth’s loyal customers while at the same time exposing these world-class resorts to a broader audience. Mammoth Resorts does so many things well. We are excited to learn from their talented team.”

“Mammoth is a special place. The landscape is spectacular, the mountain is phenomenal and the place is in constant motion. Whether it’s the vibrant park and pipe scene, the high quality alpine racing programs, or excellent mountain biking, Mammoth has it all,” said Mike Kaplan, CEO of Aspen. “At the same time, Bear and Snow Summit serve local skiers perhaps better than anyone in the industry with high quality skiing and riding right on the doorstep of Southern California. We couldn’t be more pleased to work with these extraordinary properties.”

For the full 2017-18 winter season, Mammoth will continue to honor the resort’s existing pass products that are currently on sale, including the Mountain Collective.

Starwood Capital Group is a private alternative investment firm with a core focus on global real estate, energy infrastructure and oil & gas. The Firm and its affiliates maintain nine offices in three countries around the world, and currently have more than 2,000 employees. Starwood Capital Group has raised over $37 billion of equity capital since its inception in 1991, and currently manages approximately $52 billion in assets. The Firm has invested in virtually every category of real estate on a global basis, opportunistically shifting asset classes, geographies and positions in the capital stack as it perceives risk/reward dynamics to be evolving. Over the past 25 years, Starwood Capital Group and its affiliates have successfully executed an investment strategy that involves building enterprises in both the private and public markets. Additional information can be found at www.starwoodcapital.com.