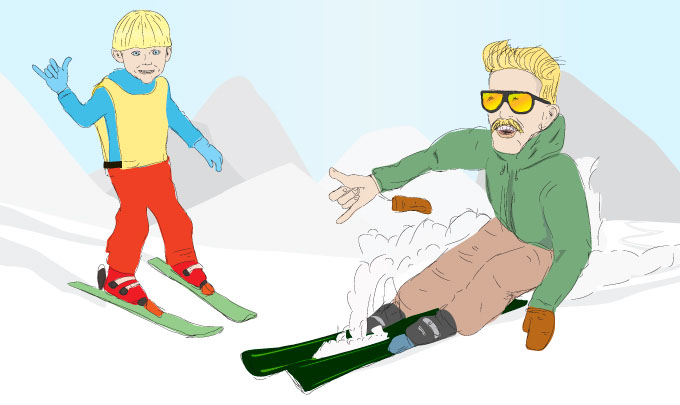 The other day I was going through some boxes at home and came across my grade 6 yearbook, on page 5 I saw this:

I’d be lying if I said I didn’t cringe when I read this. I mean, check out that bowl cut. But I was also strangely intrigued, because I had suddenly come face-to-face with my 12-year-old self.

So how did those dreams pan out? Well, my signature is still exactly the same, but unfortunately it’s not worth a lot of money – maybe about as much as the paper it’s written on. I never went to Junior Worlds or represented at a Europa or World Cup either. But I don’t think those were my actual dreams, I think those were just things that I had in my head at the time, and I think that if you read between the lines a little, you can see that all I really wanted to do was go skiing and have a full life.

For me that’s a really fascinating insight, because I thought that I had only discovered that idea very recently. But, as it turns out, I had known all along.

It’s funny, we are constantly analysing our own image, adjusting our goals, and forward-forecasting our lives so we can present a solid front to the world, even when we’re kids. We seem to cling on to the ephemera of life that makes us feel like we’re evolving and moving forward, but these are just ideas in our head at the time – like aiming to have a valuable signature or compete in a world cup. Really it’s what’s between the lines – our underlying core values – that make us who we are. And, I think that it’s only when we do things that correspond to those core values, that we open ourselves to the prospect of actually being happy.

Over the last couple of years I’ve made some choices that my 12-year-old self probably wouldn’t be all that stoked about. He’d be like “Hey adult Boothy, you sure you want to do that? I think you might be blowing it man.”
But this week I took Monday off work and went skiing in Thredbo. A little irresponsible maybe, but I can say with confidence that it was a choice that my 12 year old self would have been proud of. 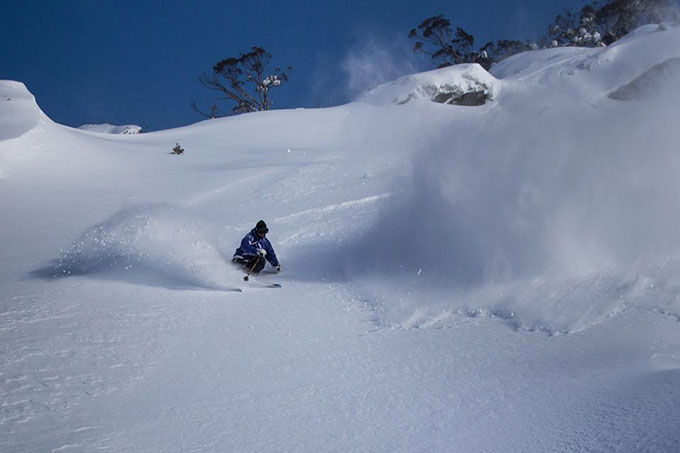 I skied top to bottom on the Supertrail, Golf Course Bowl, The Bluff, Funnel Web, Stanley’s, Bernie’s, Michael’s, and a bunch of other places I don’t know the names of. All on my first day on skis for the winter. I would say it was the best June skiing I’ve ever seen, and as if to demonstrate, I skied all day, just completely frothing on the fact that the season was suddenly so epic. 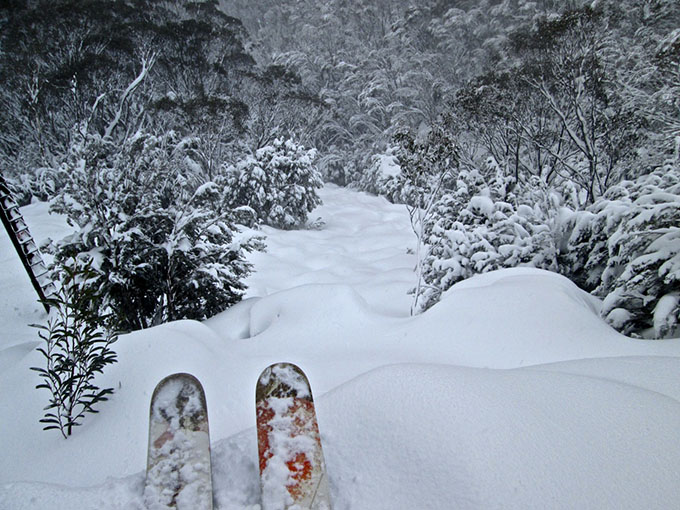 Stefan Doyle went deep in search for his 12-year-old self this week. Image:: Sontimer
By the turn of last lifts the sun was well behind the range. Orange clouds whirred above me in the evening sky. The snow was stark white and had that drifted texture to it. On tired legs I made my last turns of the day down Powder Bowl. The breeze was at my back making the descent strangely silent, and in the calm of this moment I made the worst, but most enjoyable turns of the day. For a moment there I was alone on the mountain, but only for a moment, before being interrupted by my 12-year-old self, yewing me from the Cruiser Chair.