Working in the snow is something we should all do for at least one season. Skiing, snowboarding, partying – just having a good time with minimal responsibilities. It sounds pretty good and it can even lead to work in some exotic resort overseas! Epic. But which job? Here’s Chillfactor magazine’s take on working in the snow.

If you like the sound of any of these and want to find yourself a job in the snow check out what’s available on the Mountainwatch Job Board here. 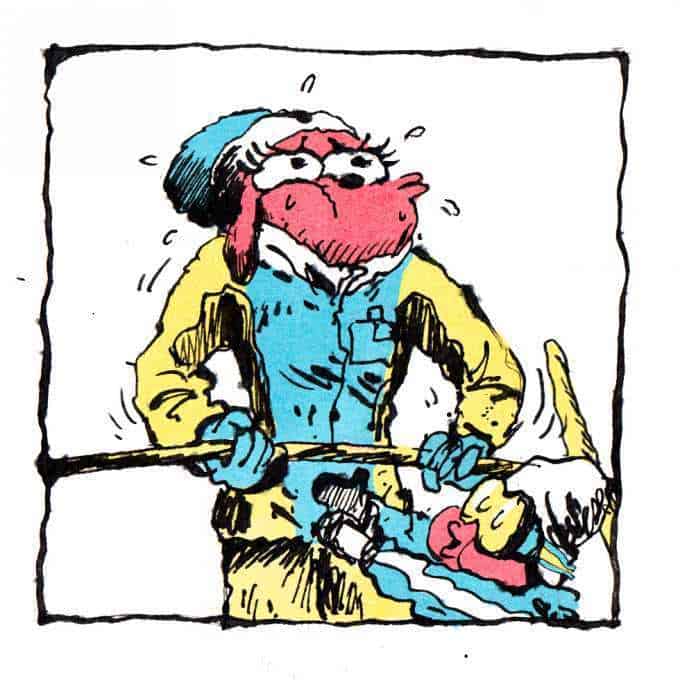 You came to the snow because your dream was to shred pow and get paid for it. But that TAFE course you did in photography didn’t open as many doors as you’d hoped. So now, it’s pulling Ts in the rain while little brats in Interschools bibs ask you for a rocket. 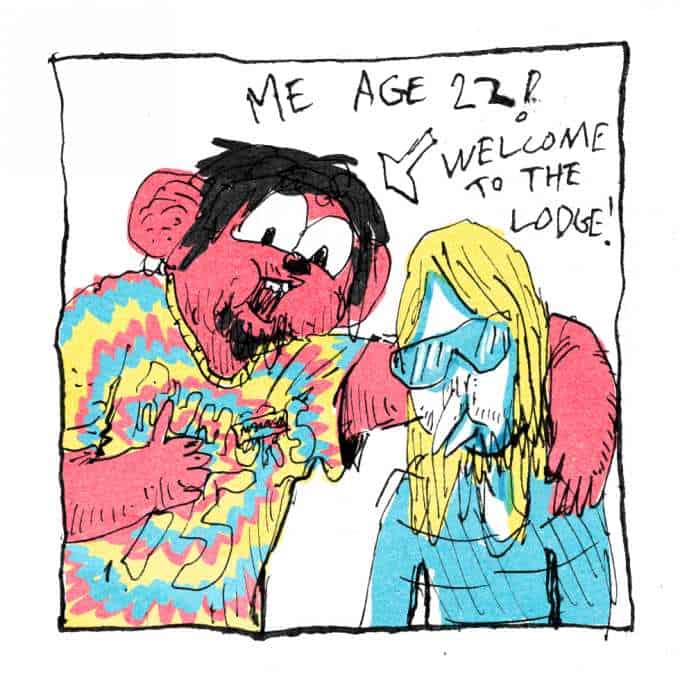 You got into it years ago because it meant you could spend summer touring across Europe in a Kombi with tonal orange curtains following the Rumours Tour. You don’t ski the hill because it’s too commercial, but make an exception to compete in the annual inter-lodge fancy dress race. All guests are welcome at your lodge, so long as they vote Labor and don’t interrupt your morning cross-country ski. 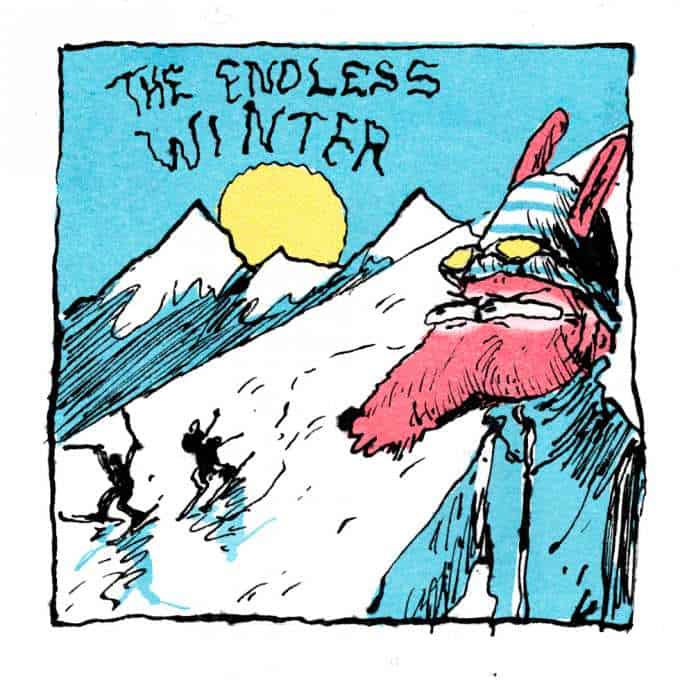 Between Australia and Canada, you ski back-to-back winters without hesitation. You did your first season in Whistler aged 18 in your gap year and realised that summer was overrated. Your understanding of ‘smart casual’ is a Windstopper and sunglasses-outside-beanie. 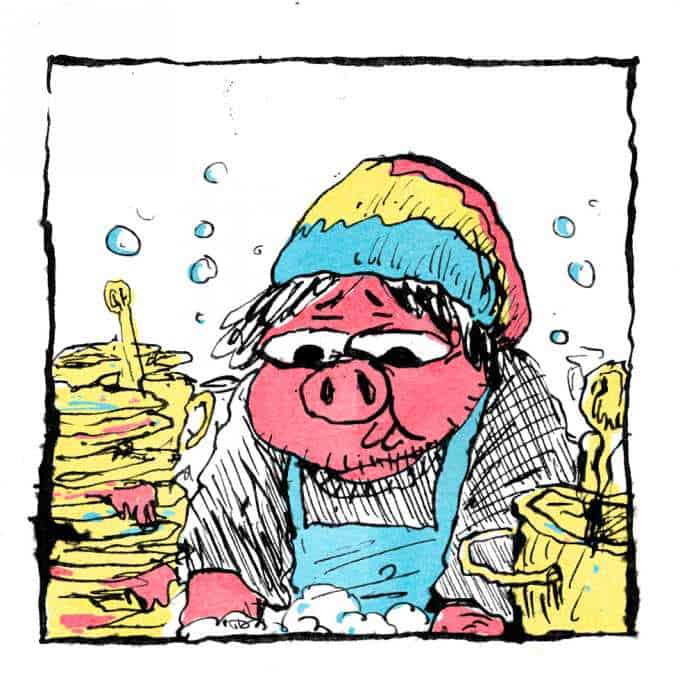 You have ‘dish pig for life’ tattooed around your nipple because a few seasons ago you made the dreadful mistake of becoming a ski instructor. Now you’ve returned to washing dishes, the best job in hospitality … no, on the mountain. You get to ski all day, usually knock off in time to be in the bar by 11pm, and don’t have to talk to any of the yuppies that eat at the restaurant. 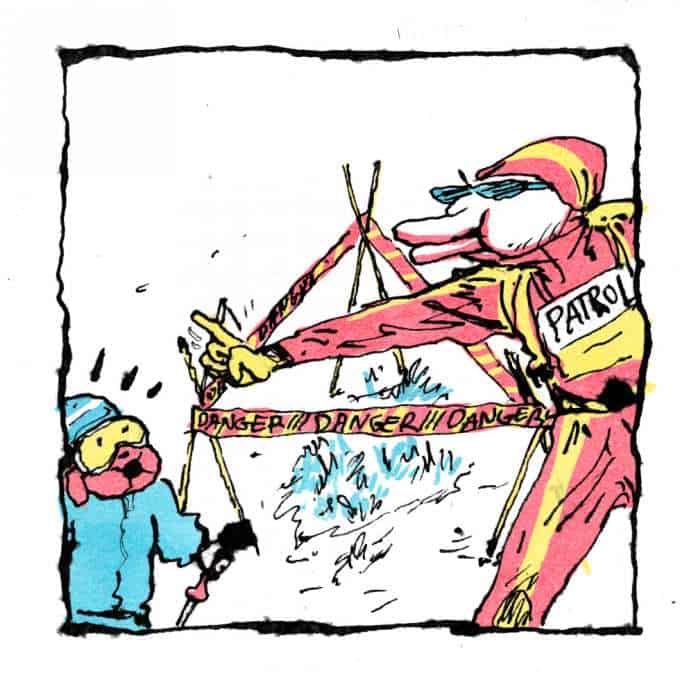 You were told Australia was the best-hidden secret since Valdez in the ’90s. You arrived from an action-packed spring in Chamonix and all you want to do is ski powder and blow up some avalanches. Instead they have you clearing ice off conduits and fencing off “hazards”, aka tufts of grass. 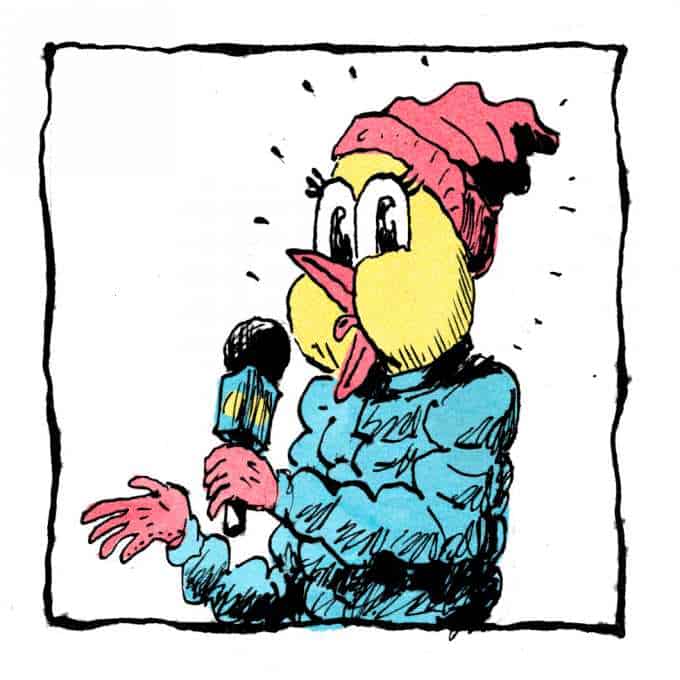 Studying PR, you’ve always loved the idea of getting into television. Now’s your chance, a season of this is the perfect stepping-stone on your way to network tele. Now all you have to do is learn as many euphemisms as you can for rain, ice and wind. Waterproof mascara also helps. 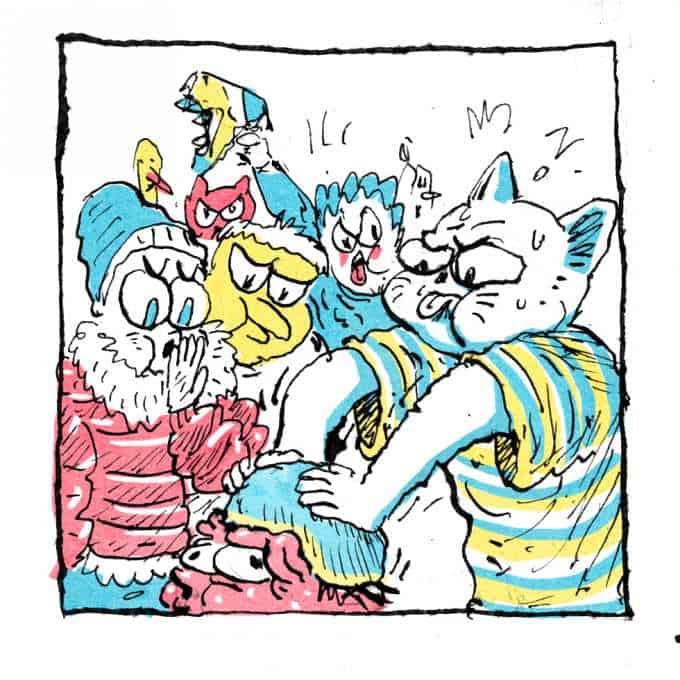 You’re from Brisbane and until this winter you’ve never actually been to the snow. Now you are fitting boots, skis, snowboards and helmets for the masses. Weight: 80kg. Level of skier: intermediate. Din setting on four? Yeah, that will do. 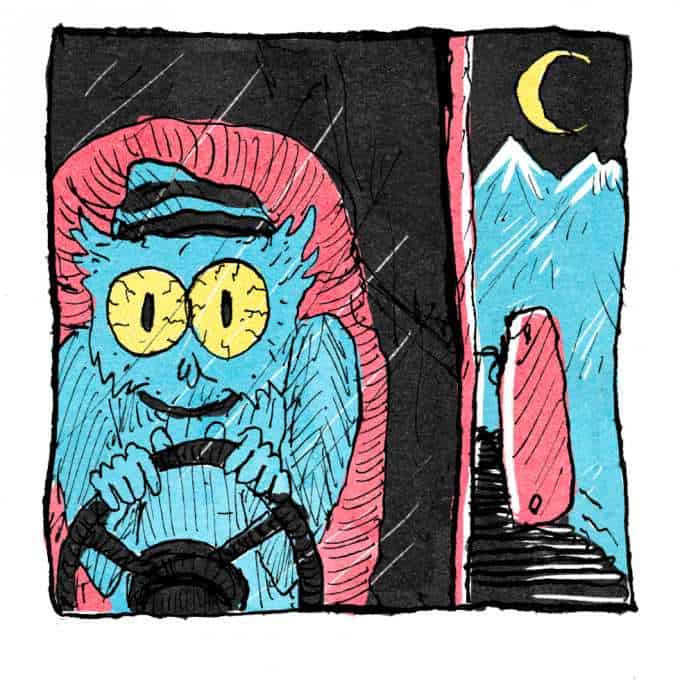 The night owl. The dark lord of the mountain. Out all day skiing, or what you’d rather call “testing the product”, before a night crafting the snow for a better tomorrow. People ask, “When do you sleep?” “Summer.” 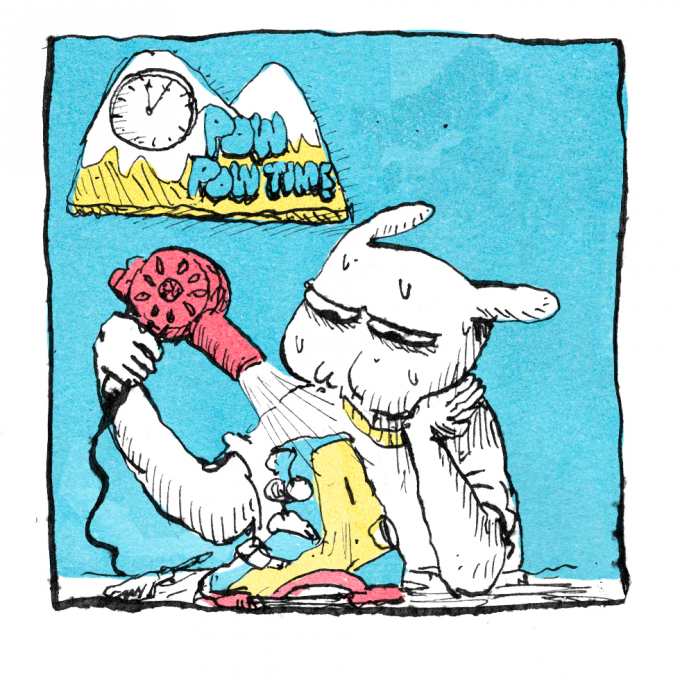 It’s midnight, the shop closed hours ago, and you’re still out the back trying to blow out the shell for that intermediate mother with the annoying know-it-all husband just in case she also goes ahead and buys the Rossi 145cm Sapphires. 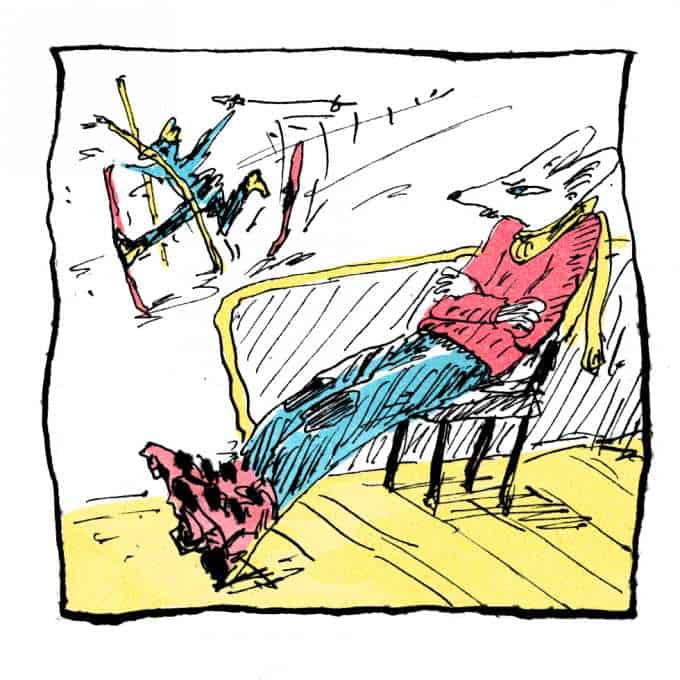 No glamour here. It’s a powder day and kids in the race club have slalom skis that were freshly tuned and waxed, and there’s no way they are skiing those off piste, so it’s another day of drills on the groomers. Besides the parents are paying $5,000 a season for their kids to train gates, not have fun in powder. 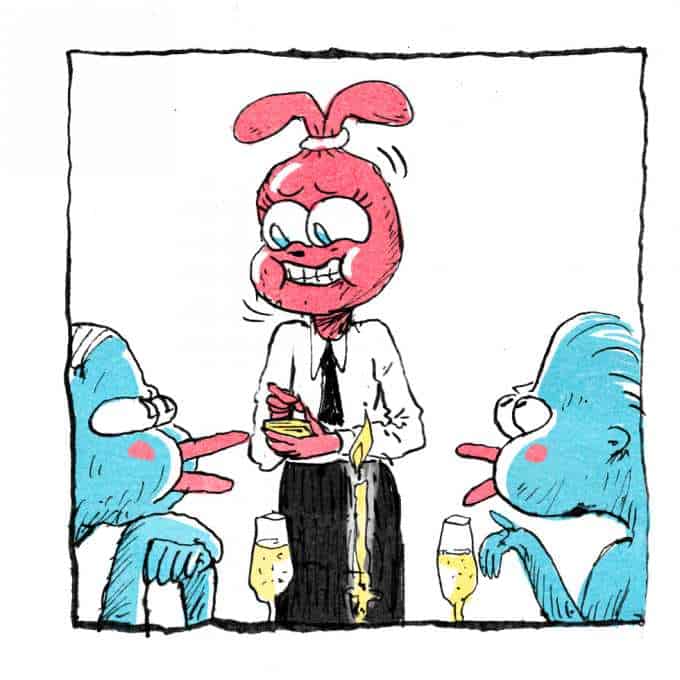 Working the floor in the best restaurant, listening to inane stories from a Sydney/Melbourne doctor/stock broker/lawyer about how good the untracked snow was in the trees over on Wombat, or how Gemima “podiumed” three times in the Sydney East division of the Interschools. All in the hope of making more than your weekly wage in tips and saving for the season in Hakuba.

This story first appeared in Chillfactor mag, Australia’s number one skiing magazine. Illustrations by Nanda Ormond and you can check out more of Nanda’s work at www.famousandcool.com