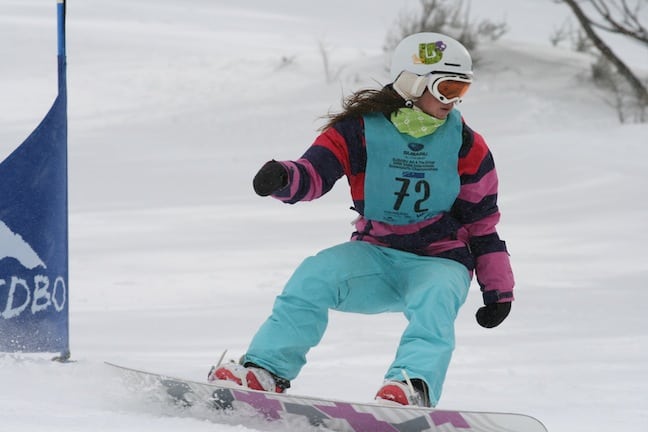 With the conclusion of the Suburu National Interschools Snowsports Championships at Perisher last week, Mountainwatch.com is pleased to announce the winners of the Mountainwatch Interschool Snowsports Scholarships. Skier Charlie Comben of Merrijig Primary School, VIC and Snowboarder Maddy Alexis of Pittwater House School, NSW have been selected for two weeks of training in Canada scheduled for this January courtesy of Big White Ski Resort & Silver Star Mountain Resort with flights provided by Air Canada. 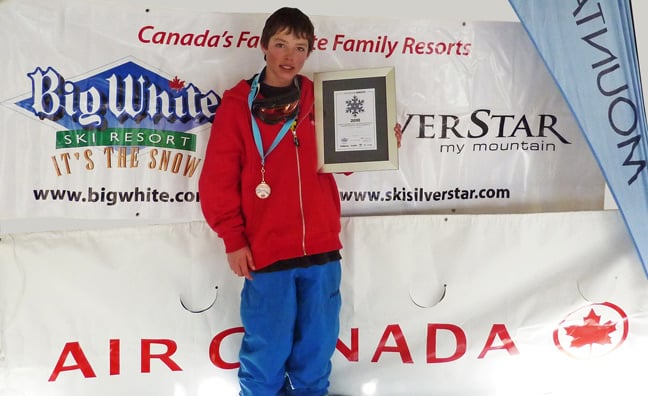 14 year old Maddy Alexis is a year 8 student and began skiing at just four years old, taking up snowboarding at seven. Maddy was eight years old when she started competing in the Interschools, qualifying for the Interschools National Championships and taking a bronze medal in division 5. Maddy has made further gains since and this year placed first for division 3 in both Snowboard Cross and Snowboard Giant Slalom at the Subaru Australian Interschool Snowsports Championships. As an all around athlete Maddy is also very active with dance, netball, soccer and surfing.

Charlie Comben 11 years old and at times shares the junior division podium with his 12 year old brother Jackson. Charlie has been skiing since he could walk and word has it Charlie skied the Summit at Mt. Buller while still in nappies. Charlie’s dad Anthony Comben is owner/operator of the Alpine Institute at Mt. Buller which provides plenty of opportunity for both Charlie and his brother Jackson to get on the snow. Charlie is determined to get on the top of the podium in whatever ski event he enters. Charlie’s other sporting interests include football, tennis, and trampoline.

To Charlie and Maddy it’s all about fun and whether it’s alpine racing, ski cross, moguls, cross country or snowboarding it’s game on and Mountainwatch will be there proudly supporting Interschools athletes at this critical stage of their snowsports development.

1,110 competitors representing 165 schools from Queensland, New South Wales, ACT, Victoria and South Australia passed through the gates at the 2010 Suburu Australian Interschools Snowsports Championships. With an even split of boys to girls these young snowsports athletes competed in a variety of events including alpine, giant slalom, ski cross, moguls, snowboard giant slalom, snowboard cross and cross country. These skiers and riders had to qualify through regional and state competitions for the Australian Interschools Championships.

Mother Nature really delivered this year, cold weather and a great base of snow coupled with a week of sunshine and no wind provided competitors with great courses. The Interschools committees along with Perisher made this year’s Championships a huge success.