We’re giving away a double pass to the Air + Style Sydney Big Air event. To enter, just fill out the form below and cross your fingers! 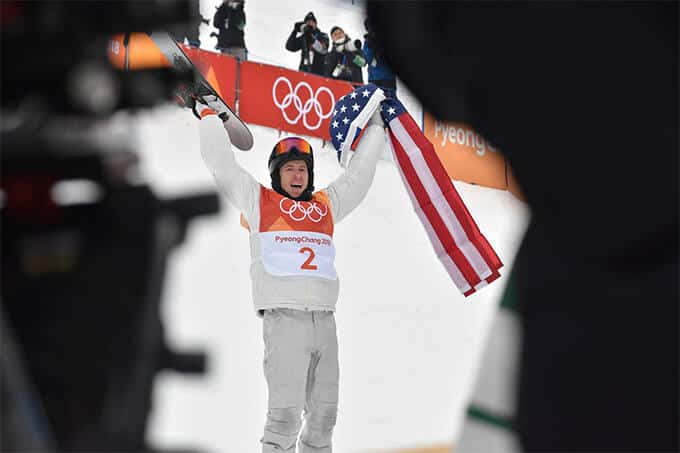 Shaun White at the PyeongChang Winter Olympics earlier this year, where he achieved yet another gold in the snowboard halfpipe.

Our very own Reggae Elliss recently sat down with one of the biggest names in not only snowsports but sports generally – The Flying Tomato, aka. Shaun White – to talk all things Air + Style Sydney as well as his illustrious career.

Shaun’s in town promoting his Air + Style event, a Big Air ski and snowboard competition/music festival that will see 60 of the world’s best male and female skiers and snowboarders launch themselves off of a purpose-built snow covered 16 storey ramp in Sydney’s Domain over three days on August 3rd, 4th and 5th.

It’s undeniable that Shaun’s eloquence and entrepreneurial drive has been a determining factor in bringing the action sports subculture of snowboarding to the mainstream.

In the interview, Shaun talks about the logistics of bringing such a big event to a city setting, how the riders themselves deal with the dizzying heights, and turning pro at the age of 13. He also talks about his competition with our very own Scotty James and winning gold at the PyeongChang Winter Olympics earlier this year.

Check it out below:

The names of the 60 athletes competing in August are slowly being released by Air + Style. If previous events are anything to go by, we can expect nothing short of the best Big Air skiers and snowboarders to grace our shores. So far the line-up includes:

Much of the musical line-up is also yet to be announced, however, two of the three headline acts have been released – Irish/Scottish rockers Snow Patrol and Rapping superstar Flo Rida.

We’ll be sure to keep you updated when more big name riders and performers are announced!

Tickets are on sale now at Moshtix and via the Air + Style Website .