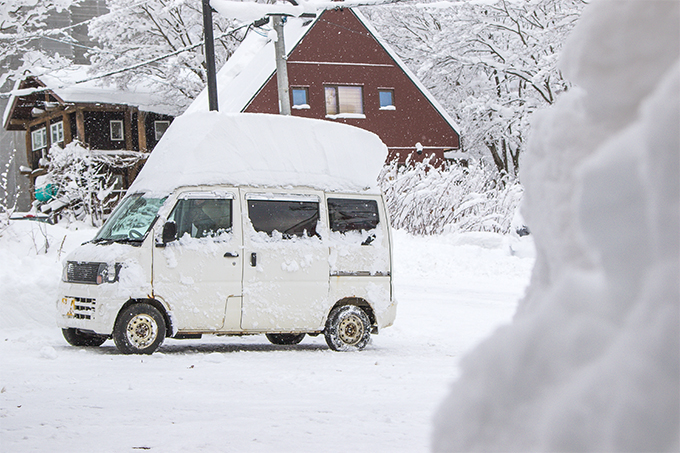 Japember? Move over Japanuary because December has been all time in Hokkaido… and we’re not even done yet! Image:: Darren Teasedale/Niseko Photography & Guiding

Well folks, we’ve got boots on the ground in Niseko this season, namely mine, a fake pair of size 11 sorels which not only cost 1/4 of the price of the real thing, but have really been the only appropriate footwear when it comes to wading through the metres (yes metres) of snow that has blanketed Hokkaido so far this season.

This marks the first of our fortnightly wrap-ups from Niseko for the 2017-18 winter season. A season which by all accounts is already, and will continue to be one for the books! November received the most snowfall it has gotten since 2002, which set December up so much so that locals are already talking ‘season of the decade’ type stuff. 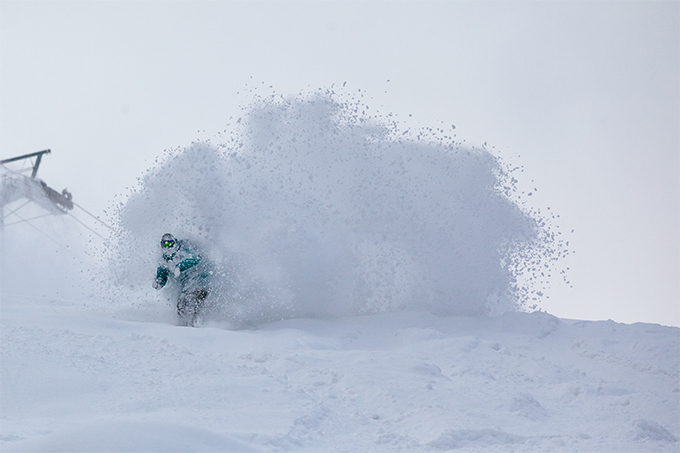 If you haven’t already checked it out, the Grasshopper recently released his 2018 Japanese Snow Season Outlook – December Update. At the time that hit the world wide web on the 13th of December, our six legged friend reported that Niseko had “already received almost 3m of snowfall, giving them a current base of just over 2 metres.”

Just over one week later and we’re looking at total snowfall levels now being in the 5 metre range… In fact, arguably the biggest dump of the season occured on the 18th-19th where 50cm fell on top of the previous days 26cm. Couple these depths with wind loaded pockets and runs yet unskied and you’re gonna hope you brought your widest skis or board. 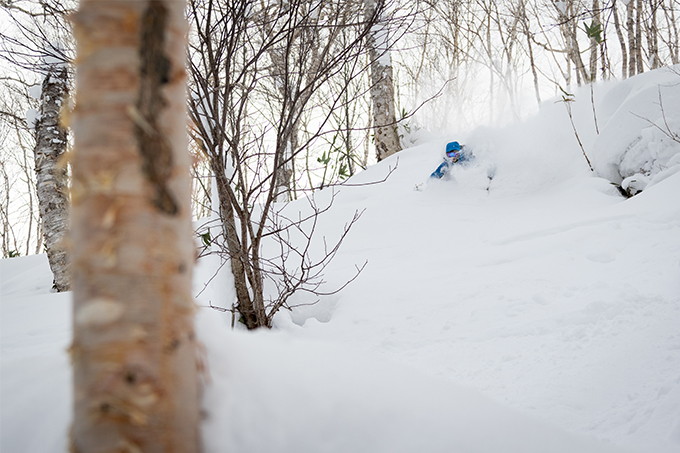 Whilst it well and truly feels like christmas has come early over here, this time of year also makes for particularly enjoyable riding as terrain that’s long buried come January, remains somewhat exposed. Believe me, the pillow line you skied last week may not be there the next, so make the most of it if you’re already here. If you’re not, don’t fear though, as the snow continues to fall, new features will invariably reveal themselves! 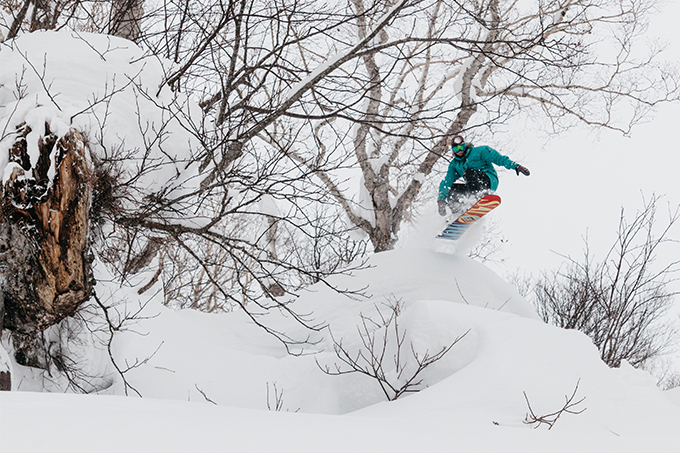 That said, early season riding also remains something of an obstacle course, particularly with regards to the amount of bamboo called Sasa that is waiting to be buried. (Take my word for it, I spent 10 minutes digging out a ski that got well and truly snagged the other day). However, we can expect the sasa to disappear from view in a matter of days if this snow keeps up. 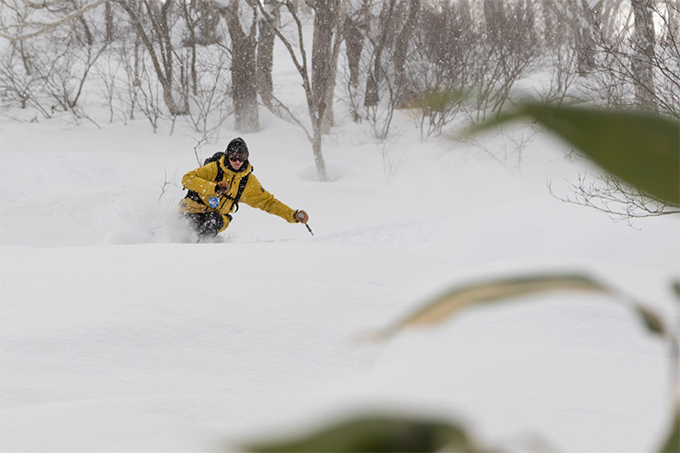 Understandably, such obstacles can be blamed for Niseko United not having opened the famous gates that border their four resorts. Word on the chairlift, is that we can expect these to open around Christmas. However, the burgeoning crowd of skiers and snowboarders in town breathed a collective sigh of relief as the top half of the mountain was finally opened to the public a few days ago. If you were lucky enough to be on those first lifts to said top of hill, you would have enjoyed over 3 weeks of unskied snow on the way down… 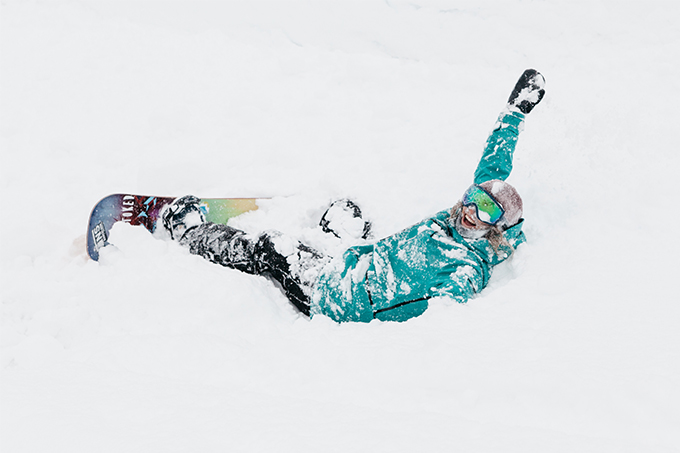 Perhaps just as exciting was the commencement of night skiing on the 16th assisted by the Hirafu Gondola. I went up for the first time two days later (having skied waist deep and above all day) and reaped the same, if not deeper turns, in the dark. If this sounds like your cup of (green) tea, consider investing in a clear goggle lens and wear an extra layer. It’s also worth mentioning you’ll be skiing straight onto your chair of choice come nighttime as the hill is practically empty!

The key to night riding is to follow the light. Image:: Matt Wiseman/Niseko Photography & Guiding 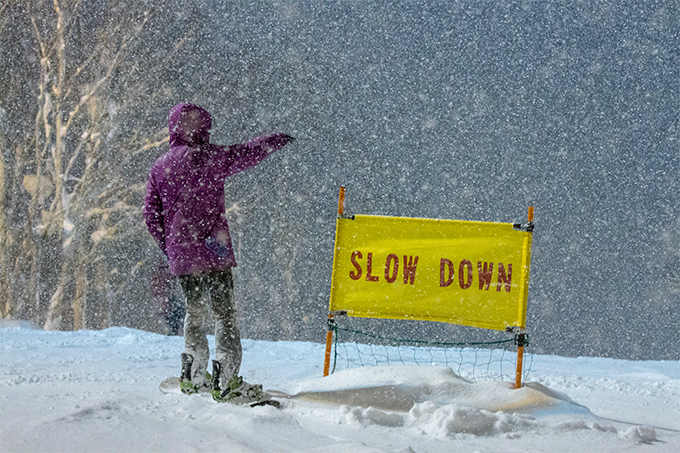 The snowboarding does not slow down come sun down and nor does the snowfall. Image:: Matt Wiseman/Niseko Photography & Guiding

Looking forward now and the models are calling for continued snowfall and flurries in the lower ranges leading up to christmas. Though there is some conflicting reports, the land of the rising sun might actually get a glimpse of the golden orb around Christmas Eve but this far out it’s anyone’s guess. 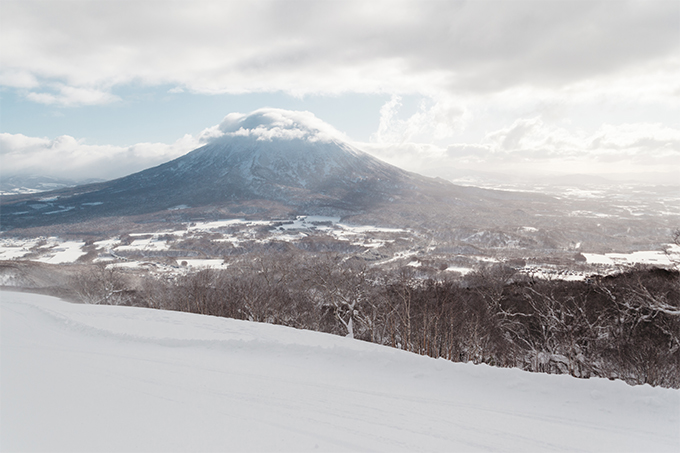 Blink and you’ll miss it… A brief pause in the powder onslaught and Mt Yotei reveals itself. Image:: Piotrek Drzastwa/Niseko Photography and Guiding

I’ll be checking back in around New Years Eve to round out the month of December. Here’s hoping January delivers just as much snow, and then some!

If you’re lucky enough to be coming to Hokkaido this season, check out Niseko Photography & Guiding for all kinds of tours, from family portraits and snowshoeing tours to backcountry tours and catskiing. (Ask for Matt… particularly if pursuing the latter!)