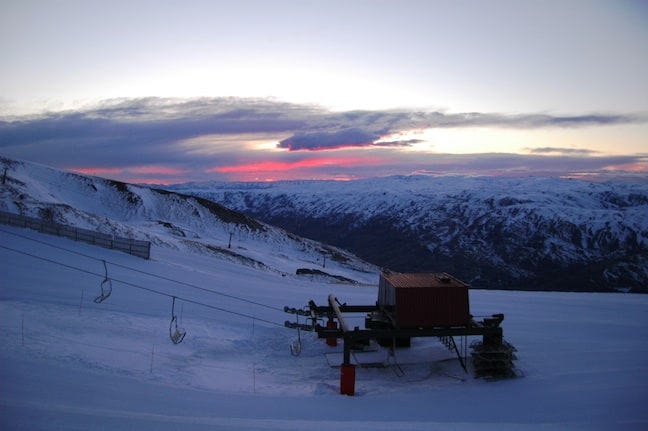 Kia Ora everyone, its time for another update from over here in NZ.

A mixture of wind, rain, snow and sun has changed the snow consistency somewhat. Northern aspects have lost snow whilst Southern aspects have accumulated more through the wind and natural snowfall. Rain has affected lower portions of the mountains creating a thick icy crust that softens as the day warms up.

Some epic powder is still to be had on the South facing aspects, as I experienced Sunday on a heli trip with Harris Mountain Heliski… If you are looking for a powder fix on a bit more of a budget there is still good powder stashes to be found if you’re willing to hike! Remember to take your shovel, probe, transceiver and a buddy with you!

It’s been the beginning of a very busy competition month. The World Heli Challenge has come to a close today.. I have two very exhausted athletes staying with me, after two action packed days of competition it sounds as though there will be some awesome footage for us all to watch when it is finished being edited.

See pics and more from the WHC freestyle day here

The NZ Snowboarder Banked Slalom carried on the tradition of being held in nasty weather at Treble Cone, with a field of around 65 braving the snow/rain storm with at times almost zero visibility. Wanaka’s Rebecca Sinclair came out on top for the women, and there was a huge upset in the men’s with Aussie Scotty James taking the title off favourite Will Jackways.

The Electric 1/4 pipe also went down over the weekend at Snow Park, with yet another huge upset in the form of 13 year old Seamus O’Connor coming out of nowhere and taking the senior men’s title!
One other newsworthy incident to happen last week was around 250 people snowed in at Mt Lyford for the night with a high avalanche danger on the road, everyone was forced to bunk down for the night until the road could be made safe the next day!!! 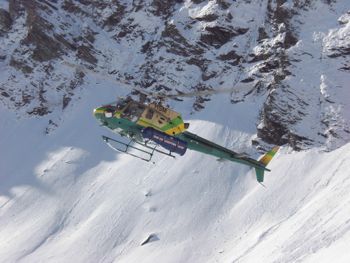 Looking at the weather for this week…
The NZ school holidays are over and with it comes warmer temperatures and sunshine across the country, possibility of a few showers here and there in the South Island.

North Island
Whakapapa/Turoa/Tukino – Looking set to be a lovely week of sunshine with the odd patch of cloud, freezing level to stay around 1600m and light winds.
Manganui – Potential rain showers for Tuesday and clearing to a sunny week ahead with some light wind. 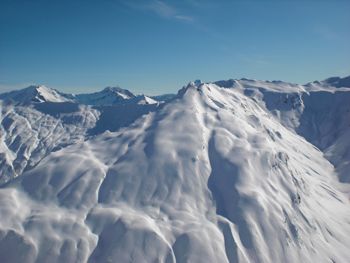 Picks for this week…

Well that’s another week done and dusted folks, with it being the first of August and that being the month of snow, we can hopefully expect to get plenty of powder in the weeks to come.. fingers crossed! have an awesome week and ill see ya next week.