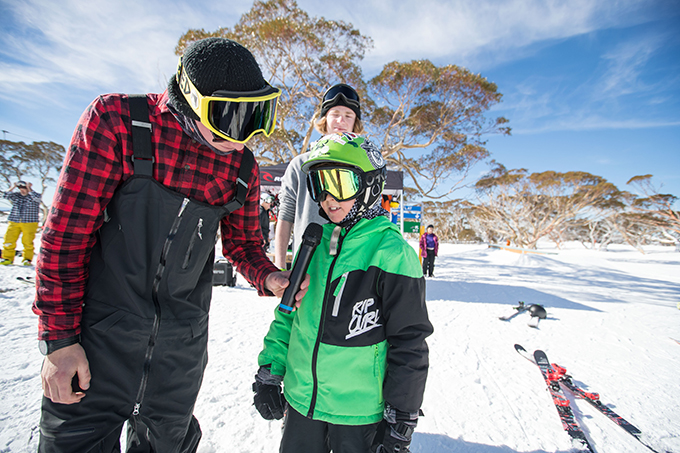 Big Dog pro’s might of been in town, but it was the kids turn to speak and boy, the riding wasn’t the only thing doing the talking. Image:: Provided

This past weekend over 120 grommets under the age of 17
came out on Sunday morning to put on a show for some of the best snowboarders and skiers in Australia.

It was a bluebird day and conditions couldn’t have been better – a light dusting of the freshly groomed park at Yabbie Flats Park overnight, a warm sunny morning on the mountain. Rip Curl team riders Nate Johnstone, Matt Cox, Alex Brooks joined Cameron Waddell, Tommy Waddell and Fletcher Dobson-Harper as judges, and didn’t stray from handing out gifts and prizes, awhile the kids cut park laps for three hours. 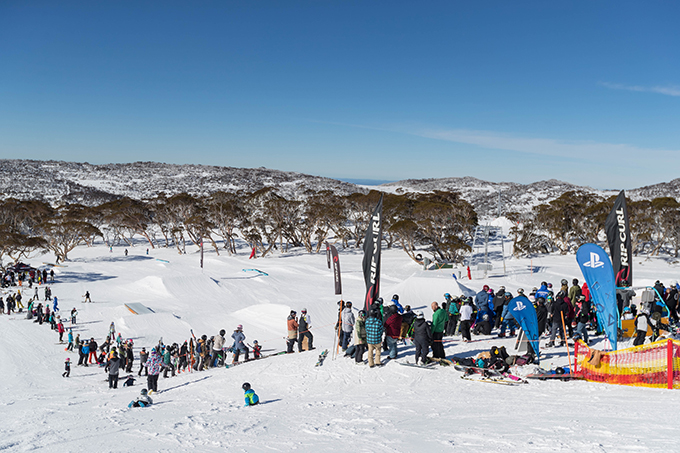 Build it and they will come. The kids came out in droves to ride the killer perisher set-up. Image:: Provided

Now, we know that there are a lot of talented under-17 snowboarders and skiers coming out of Australia – but you’d be hard pressed to find a group of more talented and tenacious groms than those that came out on Sunday. Kids as young as age six were doing laps and trying to nail 360s, frontflips, double flips – you name it, they tried it. Everyone competing at Yabbie Flats was, quite simply, going for broke.

Nate, who had just finished a follow-cam run with one of the youngest groms at the event, was stoked to see the talent and the excitement. “Man, I love this! They’re absolutely sending it! I mean, I just did a follow-cam with a six-year-old and he went for a 360!” And Matt Cox, who came up the mountain with Nate, echoed the sentiment. “It’s events like this that I grew up on – it’s what made me froth out on snowboarding. And these groms… they’re frothing!” 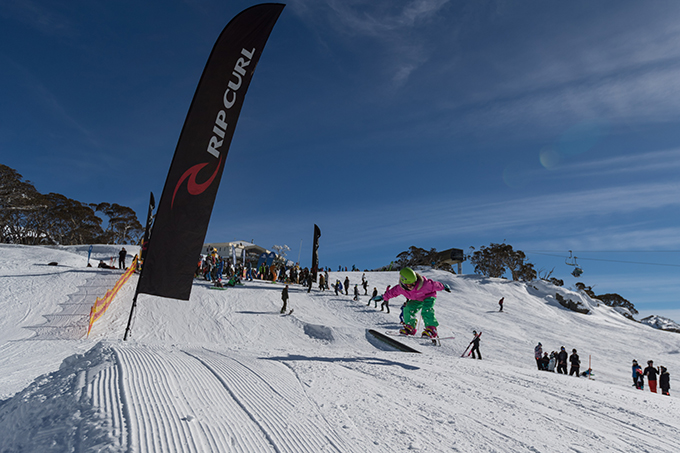 No grom too small for the GromSearch, here’s proof. Image:: Provided

Matt, who’s only 19 and has already reached an elite level in global snowboarding (see here ), was absolutely psyching. Even before the first horn blew he was out in front of the jumps, personally grooming them with a rake. When queried, he simply responded… “Of course I’m grooming! Grommies gotta have fun!”

Throughout the day each of the judges chose one rider to win a larger prize in the prize pool – the one rider they thought absolutely nailed it, whether it was landing a trick or simply having the most fun. Needless to say, being a judge on Sunday was no easy task. 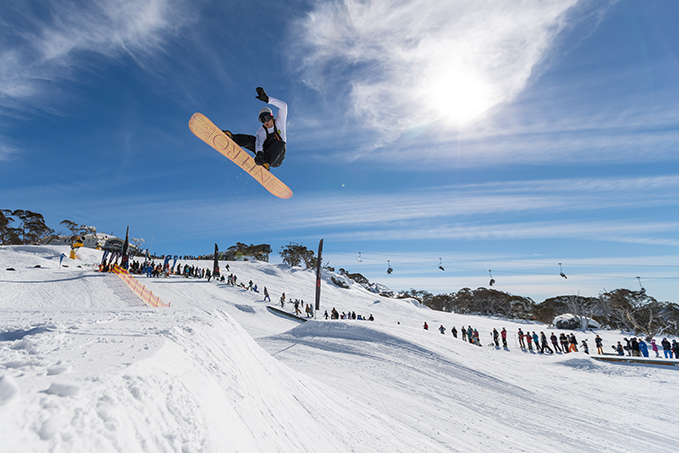 Sam Logan, a 12-year-old skier from Sydney, won a Backpack stuffed with a pair of Rider Junior Mountainwear Gloves, a Merino Mountainwear Tube, sunglasses and more, for going hard at his fives all day long. Ocean Roberts, a 16-year-old snowboarder, landed a double flip and got to take home a kitted out F-Light Snow Backpack and a Beanie. And Ryder Woods, a snowboarder who’s only six years old, nailed a layback boardslide on the box, and scored himself a brand new Jacket.

And it didn’t end there – the awards kept on rolling throughout the day, with groms showing the pros what they had, pushing the limits, and taking home the goods. 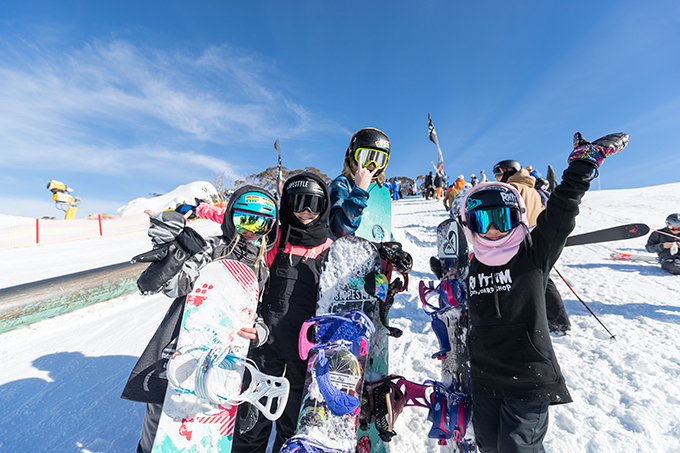 Limits might have been pushed, but the stoke-metre was maxed out. Image:: Provided

Stop One of the GromSearch Snow Series, held at Yabbie Flats on Perisher Resort, was a huge success – and that, well, that’s all thanks to the groms that came out, and the team riders who were there to cheer them on.

Congratulations to all of the entrants – you sent it! And a big thank you to MountainWatch and Transfer for their support. 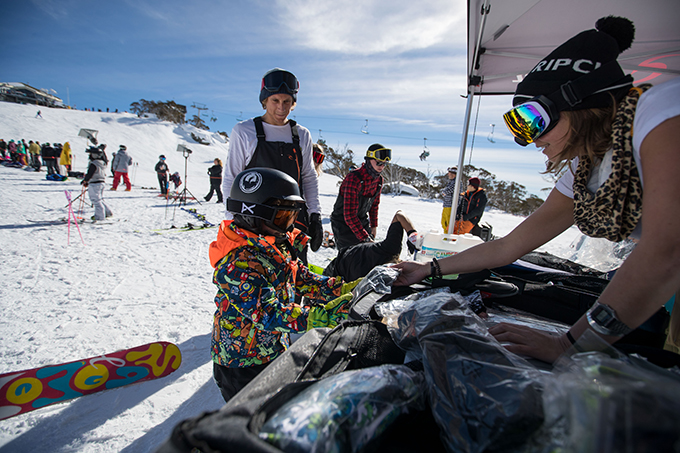 6-year-old Ryder Woods has been winning the hearts and minds at all grom-jams this season, expect big things. Image:: Provided

The next stop of the RipCurl GromSearch Snow Series will be held at Mt Buller Resort in Victoria on Sunday, July 30th. All entrants under the age of 17 are welcome! 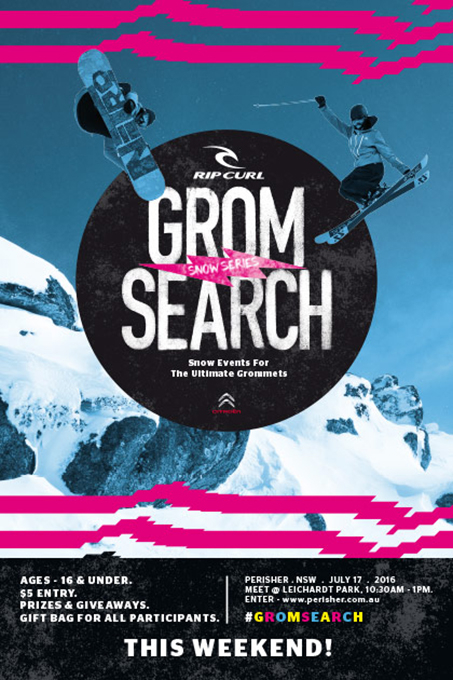