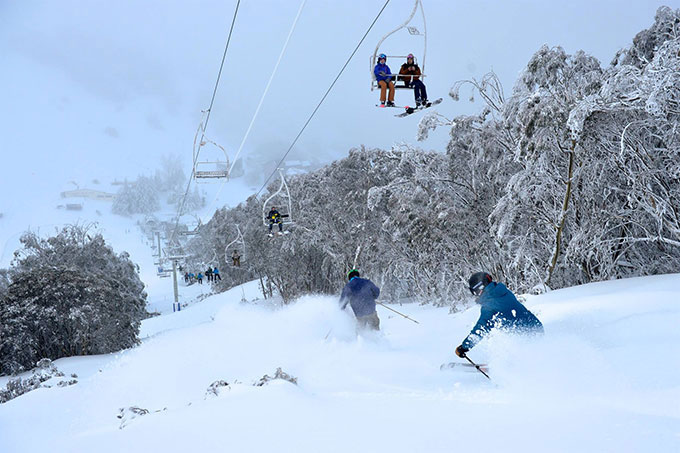 Aussie skiing is pretty great. Read on to discover how many more days like this we can expect in the next few weeks. Image:: Falls Creek

Just in case all the drool worthy snow has caused you to lose touch with reality, I would like to take a minute to remind you that the Olympics will kick off in Rio this month. As we cheer on our national heroes from the bar there will be another more important and less publicised contest taking place closer to home. I am talking about the inter annual contest to see how high our peak snow depth can go. Our man, winter 2016, has put in a solid performance so far – aside from an unexpected rain induced injury inflicted mid-July from which he was quick to recover. We sailed through the heats and we now find ourselves in the final. August is traditionally the snowiest month in our part of the World. On top of all the snow that we have already enjoyed what could possibly go wrong?

One thing that could go a bit tits up is my long range forecast for this year. I have hardly had a break this year – storm after storm has slammed into the Aussie Alps. July was a season of highs and lows that had us hopping for joy as well as crying salty tears into our beers. Aside from epic snow storms, we have also seen record rainfall, flooding and temperatures swinging from mild madness to ice queen cold. All of this increased storminess has seen our snowpack build to very promising levels. So it’s time to dig deep and work out what could possibly be causing this snowy madness?

THIS IS HOW GOOD IT WAS IN THREDBO LAST WEEK

All Hail the IOD.

The principal culprit is the Indian Ocean Dipole (IOD). The climate moves in mysterious ways. Who would have thought that a butterfly flapping its wings could have an effect on the weather on the other side of the World a couple of weeks later. Equally, who would have guessed that Sea Surface Temperatures to the south of Indonesia were so important. The IOD if you are new to the game, is an index representing the difference in sea surface temperatures between an area to the south of Indonesia and the Arabian Sea. What we have at the moment is a pool of much warmer than average water south of Indonesia (a strongly negative event). This is thought to increase the amount of moisture feeding into Western Australia, beefing up incoming storm systems, which in turn increases precipitation in South East Australia. All of this has the eventual effect of getting Reggae Ellis up on the mountain shredding fresh powder. We can certainly say that we have had our fair share of precipitation this month, both in the form of rain (cough, cough) and snow. 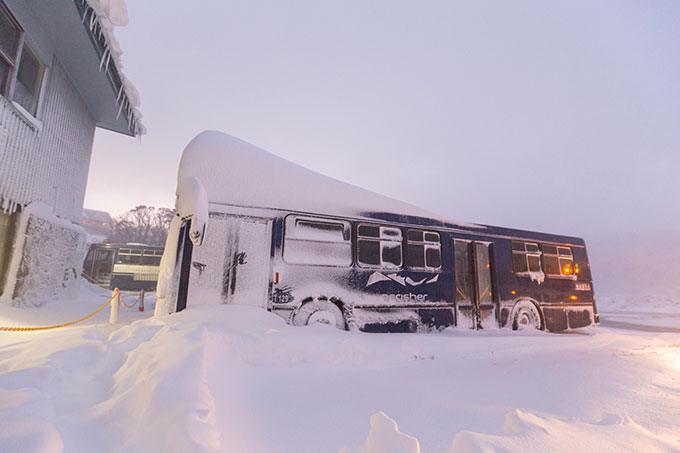 We can thank the IOD for storms like those of last week. Let’s hope for a few more. Image:: Perisher

There has not been much change in the El Nino Southern Oscilliation (ENSO) forecast since my last update. We may reach borderline La Nina conditions this month. The Bureau model has us slipping into very weak La Nina conditions while the international model consensus is that we will hang onto neutral conditions. So, if we do start to see a weak La Nina it will give a bit of a wetter flavour to August (on top of the negative IOD). We are unlikely to see full blown La Nina conditions. La Nina years usually register more precipitation than neutral years but that does not always automatically transfer into extra snowfall. Neutral years on the other hand, normally register above average snowfall, with a peak average snow depth 20cm higher than the long term average.

The Bathtub Out East.

If there has been one thing that has stood the test of time this winter it is those pesky Sea Surface Temperatures in the Tasman. They have been a major factor in driving the above average Temperatures recorded last month along the NSW coast. Tasman SSTs should continue to ride much warmer than average while normal temperatures could swing negative in The Bight if the long range forecast models are to be believed. In theory the anomalous SSTs could give more juice to incoming systems from the south/south-east but it could also have the effect of raising temperatures on a south-easterly flow making rain more likely than snow.

So what are the scores on the doors? Yup, as you may have suspected winter is coming along quite nicely indeed… 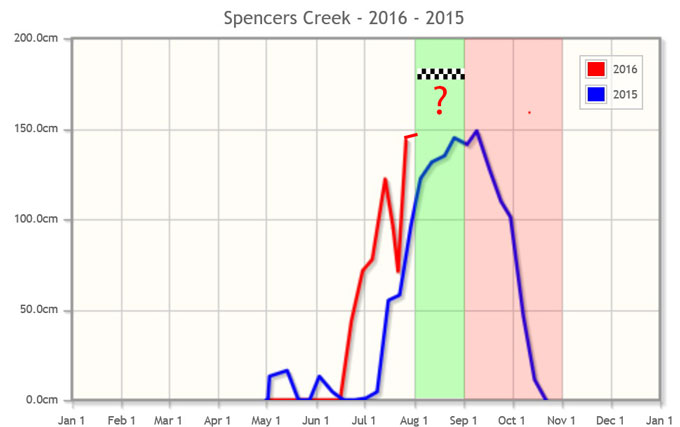 2016 is already looking much better than last year. That blip in the line in July is the record breaking 100mm\+ rain we saw on the 22{^}nd^ of July. Source:: Snowy Hydro.

August is traditionally one of the snowiest months, we should continue to see a net gain in snow pack depth (the green shaded area) before we slide into typical spring conditions in September and start to see melt take its toll (red shaded area). Will we be able to break through the magic 176cm long term average peak snow depth (checkered line) this month?…you will have to read until the end to find out.

I won’t go into too much depth here, it would be best if you follow my daily forecasts for a detailed analysis. The long and short of it is that things are looking OK for August. It looks like high pressure will dominate out until the 11th, limiting our chances for big snowfall events. The snow we already have will compact and melt a bit as time goes on. The models suggest that we have a greater likelihood of westerlies from mid-month onwards which should get those flakes flying again. It is too early to talk about specific storms amounts but 30-60cm of additional snow from mid-month onwards is not out of the question.

How Good Will It Get?

I have done a quick analysis of August 1st snow depths and their relationship to peak snow depths from 1954 to 2015. Although the relationship is not perfect there is a strong correlation. We will start the 1st of August with a peak snow depth of 140cm give or take a few centimetres. This means that statistically speaking we should see a peak snow depth of between 210 to 240cm. However, the model forecast is OK but not amazing. With high pressure ruling the roost in the near-term we shouldn’t see big snow depth gains until mid-month when the pattern becomes more favourable. For this reason I am a bit sceptical of such optimistic peak snow depth’s based on statistics alone.

I bumped up the seasonal forecast last month, and I am going to bump it up a bit again this month.. I predict that we will have a peak snow depth this year of 180cm. If this comes off it will make 2016 slightly better than average and the best winter we have seen in the last few years.. We may not top the medal table this year in Rio but who cares when we already have a few epic days under our belt. Until next month hopperites.