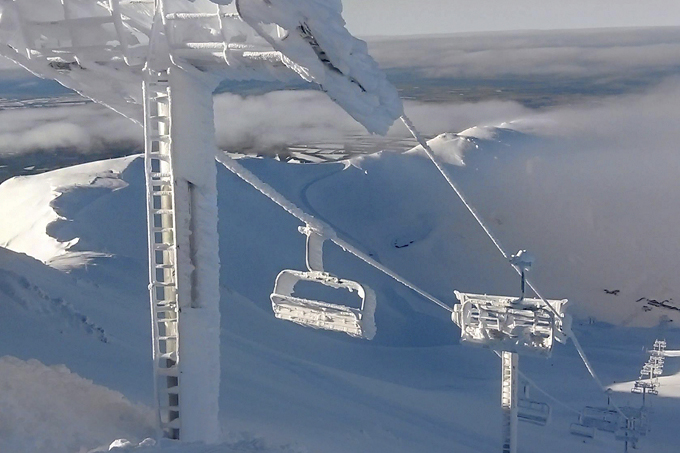 The definition of caked. Mount Hutt’s Mountain Operation team have had their work cut out for them with a base of 270cm, meaning plenty of chair lift dust-downs, dig-outs and avalanche control. Boom. Image:: Mt Hutt

It’s no secret that The Canterbury High Country is doing very well this season. We managed to tuck several tidy lows to the east of the country in July which saw the base skyrocket. However, not everywhere scored. Wanaka and The Southern Lakes, which don’t do as well off a southerly, missed out on the big dumps. Will Canterbury be able to keep its position at the head of the pack for the rest of the winter? or will the pattern change to transfer the heaviest snow back to the west? I will try and answer all of these questions in this outlook. 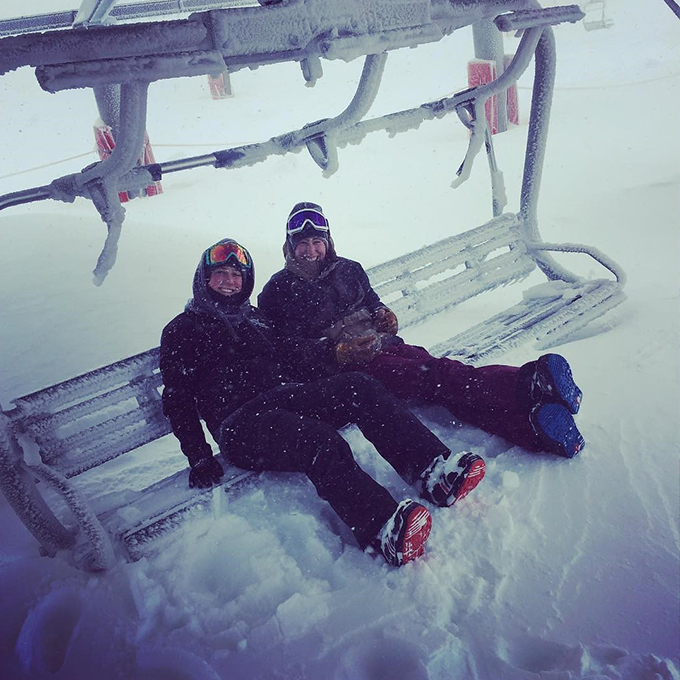 One for the history books? In the future people will be saying “Do you remember the legendary July of 2017?.” Image:: MtHutt

We had three big southerly storms this month. The first one rolled in on the 13-14 July with 67cm recorded at Mount Hutt, the second on the 21 July with 90cm and the third (slightly more modest but the cherry on the cake) with 34cm on July 28. This means that the base has grown to a massive 270 cm. This still falls short of the epic 350cm base depth of 2013 but not a bad second place. Compare Mount Hutt with the 84 cm base at Treble Cone and the 74 cm at The Remarkables and you get the picture. 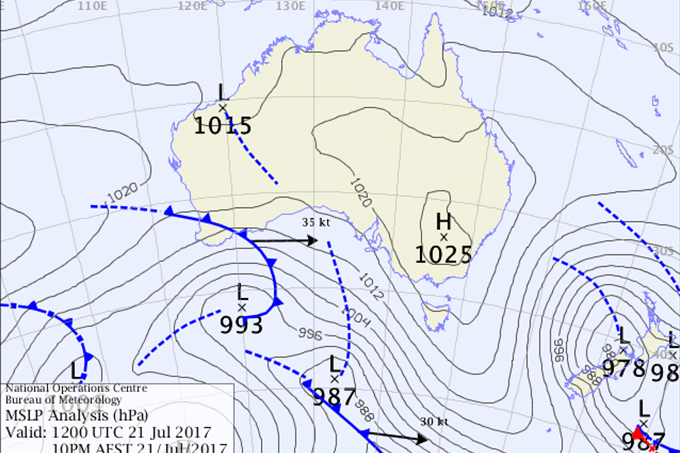 Just look at that juicy low which helped to deliver 90cm of snow to The Canterbury High Country on July 21/22. Source:: BOM

This is all down to the topography of the South Island and the exact location of the centre of the lows as they roll in. A lot of times snowfall is blocked off by mountains upwind. This is why when a cold front rolls in from the west most of the rain will fall to the west of The Divide clipping westernmost resorts like Treble Cone but on the eastern side it can be dry and even partly sunny. We saw low after low move to the east of the South Island last month. Southerly winds pushed moisture uninterrupted onto resorts like Mount Hutt. However, resorts in Wanaka and The Southern Lakes were blocked off from the snowy goodness to the south. They are also located just that bit too far away from the centre of the lows which passed to the north. It’s not just Canterbury which has seen its fortunes improve over the last month. Mt Ruapehu also basked in snowy glory. However, they have also seen a number of mixed rain/snow events which have chipped away at the good times. The snow base has grown from a paltry 40cm at the start of the month to 88cm at the end. Who can forget the that we got on July 13th when heavy snow blanketed Ruapehu Access roads down to low levels. It was easier to get around Ohakune at 590m asl by sled rather than behind the wheel.

El Nino Southern Oscillation (ENSO) is still trundling along in a neutral state. Statistically speaking that means that high pressure to the south-east of the South Island is more likely. This normally means mild easterly winds and drier than average conditions. For whatever the reason, Ullr is keeping us guessing this year. We’ve pretty much seen what we might expect during an El Nino year. i.e. High pressure in South East Australia and more frequent outbreaks of S/SW winds than during a normal year. One possible explanation of the decent conditions is offered by the Southern Annular Mode (SAM) which turned negative for most of the month. A negative SAM index has the overall effect of pulling juicy low pressure systems further north. This makes it more likely that the centre of a low will slam directly into the South Island or spin to the east giving us decent snowfall in Canterbury. A positive SAM index on the other hand makes it more likely that high pressure will settle over New Zealand giving us drier than average conditions.

The First week of August looks like it’ll be mostly snowless due to a persistent high to the south-east of the South Island. A low will spin in from the Tasman at the start of next week. Northerly winds will strengthen over the weekend with rain moving onto The Divide. The low will move to the south of the South Island and then out east mid next week. It’s still too early to put much detail on it but it is likely that most resorts will get some light to moderate snow with western-most resorts best placed for a moderate dump.

A high will then settle things down for a couple of days from the 10-12 August. The models are hinting that we will get stuck into more of a westerly pattern from mid-month onwards. This would be favourable for snow in the areas which missed out last month, e.g. Wanaka. 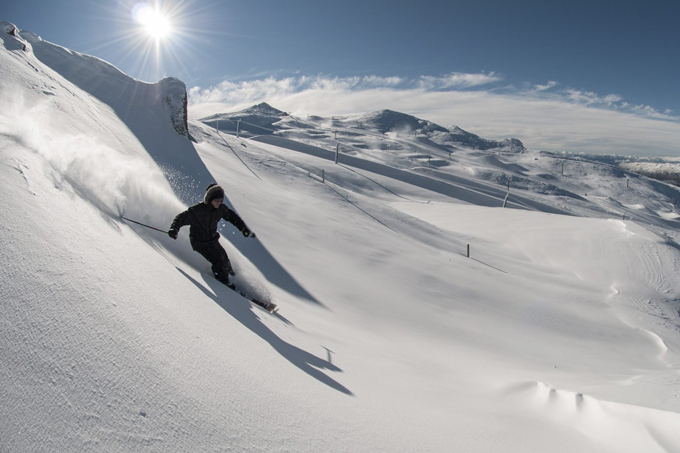 Don’t count Cardrona and the other Southern Lakes resorts out of the race just yet, westerly patterns from this month onwards have the potential to change the game. Photo: Stef Zeestraten

h3 O Crystal Ball who will be the Snowiest of them All?

Canterbury Resorts are already in a very strong position. All the snow they’ve seen in July will see them through to the end of the season. There are another couple of top up’s on the cards with the second week of August having the most potential. It is going to be an above average season in this part of the South Island. It would take a lot for other ski fields to catch up to the current champion.

I expect that August will be better than July for The Southern Lakes and Wanaka. There is a better chance of a westerly flow, especially from mid-month onwards. We should see the base gradually build through August but I would still say the season overall will be slightly below average.

Mt Ruapehu will be milder than average this week with periodic rain on the lower slopes for the first week of the month. This is due to a string of lows which will pass to the north. Winds will be predominantly from the north and east. Things should improve for the second week of the month as we get into a colder westerly flow and snow showers will start to get down to lower levels.

This season is still forecast to be slightly below average overall with the exception of Canterbury which is already having an above average season thanks to those easterly storms which have rolled through. Whatever the case I hope that everyone makes the effort to get up and put in a few runs this month. I hope to see you out there cutting fresh lines in E. Cantebrury!

That’s all from the Grasshopper. We’ll update this outlook in early September. If you’ve got a different theory on what’s going to happen this winter, or just want to provide feedback, then please hit me up on the discussion below. Or you can follow me on Facebook. You can also subscribe to my Weekend Forecast e-mail which gives you the first heads up on any big dumps heading our way over the next few months.