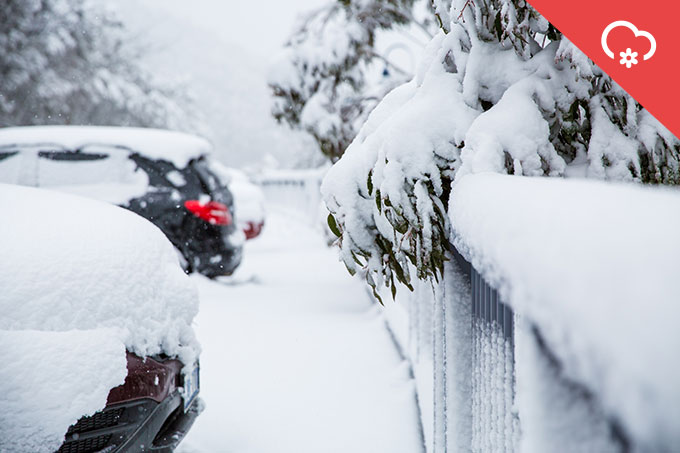 In Thredbo snow fell down to the Ranger Station – about 1000masl Image:: Thredbo

Storm totals so far are sitting between 45-50cm in NSW, with only only 7-10cm falling in Victoria.

There has been some fluctuation in the models today, which are as a result of uncertainty around the behaviour of the low out in the Tasman. This afternoon’s update seems to agree with the latest forecast from The Grasshopper who said this morning: “We start to pick up a moderate southerly wind tomorrow morning as the low repositions itself a bit further east in the Tasman while a high builds out to the west. This will bring in another batch of snow showers tomorrow afternoon. I said yesterday that VIC may do better out of this one, it is now looking like greedy NSW will get more snow – have they installed a snow magnet alongside the snowmaking infrastructure? The models are putting the low further east than yesterday. NSW should get 10-20 cm down to 1400m through the afternoon with VIC resorts just scraping a few flurries.”

But then that’s not even going to be the end of this series of great snow. In the extended outlook he said: “The southerly winds will strengthen on Sunday pushing in further light snow showers and flurries before high pressure builds in on Monday to settle things down. The next low then moves into The Bight on Tuesday before throwing a cold front over the Aussie Alps from Wednesday into Thursday giving the potential for another 10-20 cm of snow.”

So, all in all, if you’ve been debating whether to book that last minute trip, we’d say now’s the time to go for it. If you haven’t already, sign up to The Weekend Forecast below. It’s delivered fresh every Thursday at 11:00am.

There’s no reason to beat around the bush, this sneaky south-easterly system has been wreaking havoc with the snow models for a few days now. It even seemed to sneak up on The Grasshopper. In today’s detailed forecast he said: “The forecasts have been tricky over the last couple of days. This all down to a weak low which formed in the centre of Australia a couple of days ago that has now moved into NSW.”

So now the question is, what kind of snowfall totals can we hope for? He goes on, “The centre of the low will be further south than the models were showing yesterday. This will push in showers from the Tasman Sea over the next couple of days on a south-easterly wind.”

“In terms of snow, we are on a knife edge – cue suspense horror music. Resorts exposed to the south-east and east in NSW could do well out of this one. Altitude will be key as the air is not super cold – the freezing level will be around 1700m. Unfortunately Selwyn will get rain as it picks up that milder air to the north. The best bets for snow will be in Perisher and Thredbo above 1700m. They should get between 20-30 cm of very wet snow on higher slopes by Wednesday – expect sleet at times on the lower slopes. Most VIC resorts will miss out on the snow as the front loses energy. It will be partly cloudy with the odd light rain shower.

Beyond the next two days, there is hope for more snow come Sunday. Still a long ways out, so we’ll keep our eye on things between now and then.

All in all, it’s not all good news, but after the rain that fell over the weekend, any snow we can get before spring really sets in will do us many favours. Stay tuned for updates over the next few days.