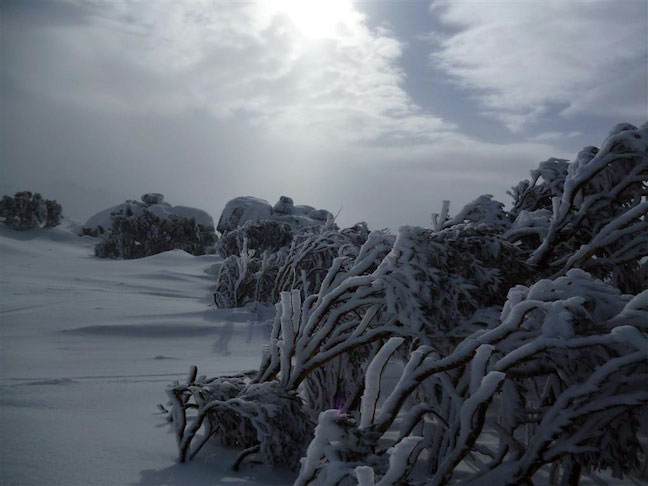 Anyone trying to ski at Thredbo on Friday, August 5, would have received a rude shock to find that several lifts were put on wind hold for several hours. A 45km/h nor-wester just after midnight started to really scream around 3am, hitting gale force and gusting to 90km/h.

As if that wasn’t enough, by 9am the winds clocked in at 100km/h, gusting 133km/h, right up there with the strongest winds we can expect during savage winter cold fronts. They were still gusting to 111km/h at 12:30pm, but then an hour later they were back to 56km/h, gusting 72km/h.

For the record, our computer model forecasts were picking average winds about 40km/h at the earth’s surface, and with that you can assume gusts to 60 or 70km/h. In my detailed analysis the day before, I had also gone with 40km/h, and then as an after-thought I threw in the fateful words “gusty at times”. Was it ever!

So what caused this commotion? And why did Thredbo get smashed when Falls was a steady 50km/h gusting 70km/h and Perisher Valley was a highly variable 20km/h gusting 60km/h? (Although I hear they had some wind hold up top as well).

The following explanation will get a little top heavy with theory. But stick with me, because I know the Mountainwatch audience is a highly intelligent bunch, and there are some pretty pictures at the end.

It looks like what we had going on at Thredbo on Friday was a localised weather phenomenon called a downslope wind, set up by lee waves over the Australian Alps.

On an average day, if you take a 65km/h wind and stick a 2 kilometre-odd high mountain range in front of it, the winds will ramp up over it and spread out on the other side, with nothing much to stop them.
But we had something different on Friday. A high pressure system in the northern Tasman Sea was extending a ridge over eastern Australia, as in Figure 1 below. 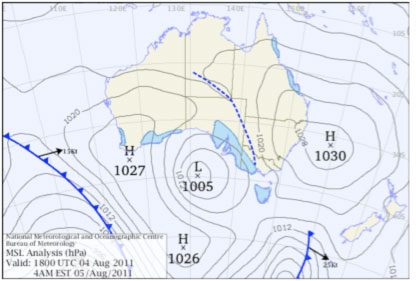 High pressure generally means the air aloft is sinking, and when it does, it warms and becomes less dense. So we end up with warm, light air aloft, sitting over colder, more dense, air below, and we call the interface between these layers an inversion.

This inversion forms an important barrier. If the air below it rises, it finds itself heavier than its surroundings and sinks again. And on Friday, there’s reason to believe an inversion was sitting at about 2300m above sea level, just above the ranges around and north-west of Thredbo.

So what we had then was a NW wind of about 65km/h pressing up against the ranges, with only a little bit able to escape over the top. The pressure would have risen, accelerating the air as it got squeezed between the earth’s surface and the inversion above. A good analogy is what happens to water in a hose when you tighten the nozzle – turning a gentle trickle into a faster jet.

Nothing but the proof

A likely story I hear you say, but where’s the proof? Well it’s not definitive, but for those of you I haven’t bored to death with theory yet, here is some evidence I collected on Friday evening.

The first of these is the weather balloon flight at Wagga Wagga at 9am on Friday morning (Figure 2 below). This was the closest upper-air measurement upwind of Thredbo. The red-line on the right is the temperature of the air – with the temperature axis on about a 45 degree angle increasing towards the top-left. The green circle indicates where a slight inversion had formed about 2300m above sea level.

The wind barbs on the right show that the winds below the inversion were about 35knots, or 64km/h out of the north-west. This proves to me that the ridiculously strong winds at Thredbo were generated by the combination of the inversion and the terrain.

Further evidence comes from the pressure readings at Thredbo, which when reduced to sea level, were around 1027 hPa during Friday morning. Compare this to about 1024 hPA at each of Falls creek to the south-west, Khancoban to the north, and Bombala to the south-west. This shows that air was indeed banking up, creating a local ridge of high pressure in the vicinity of Thredbo. This air is effectively being squeezed harder than the air around it, and wants to shoot away toward lower pressure.

But here’s the coolest bit. You wouldn’t have caught this on the Bureau of Meteorology satellite pictures because they are too zoomed out. But if you check out some high resolution visible images over the mountains on Friday you can see a cool effect:

Notice the pattern of clouds in the bottom-right of the images below. You can see rows of cloud, lined up parallel to the high ground on the lee-ward side. This wave cloud is definitive proof that the north-westerly striking the ranges is being stopped from rising freely on the other side, and is instead oscillating up and down as it flows away, the way water does over a rock in a stream.

You see the cloud on the “ups” where the air rises a little and cools, so that its water vapour condenses. The gaps in the cloud are the “downs”, where the air warms again and the liquid water evaporates.

While quite striking on a satellite picture, the gusty winds near these clouds can be hazardous to aircraft, and we have seen the havoc they played with the lifts at Thredbo. 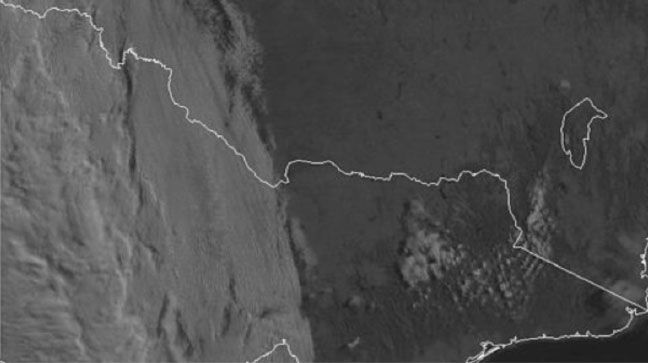 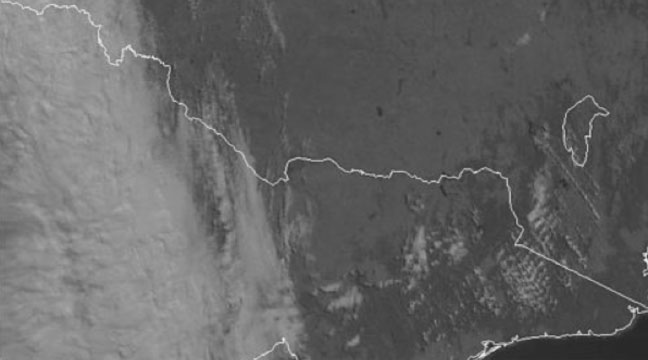 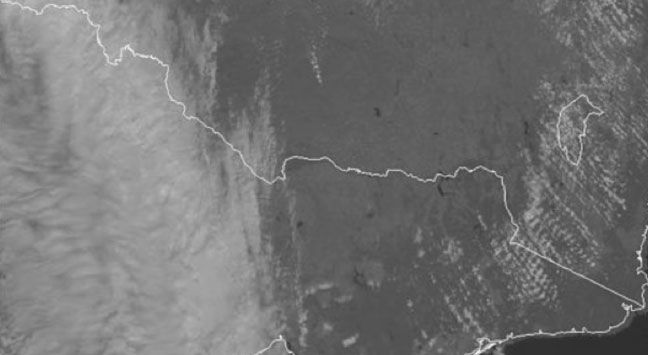 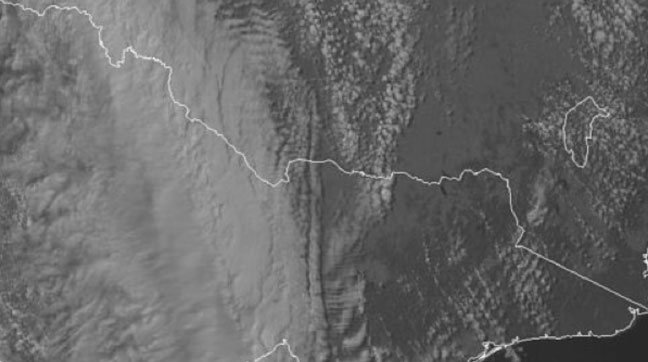 This was a local phenomenon, separate from the overall weather pattern. It’s a bit of a goldilocks situation, with a lot of ingredients needing to be “just right” for it to occur, including:
• Strong winds, that are roughly the same strength and direction through a depth of the atmosphere
• Winds flowing perpendicular to the range
• An inversion just above the ranges

But it all came together on Friday, and we were “treated” to the special event of 130km/h wind gusts at Thredbo.