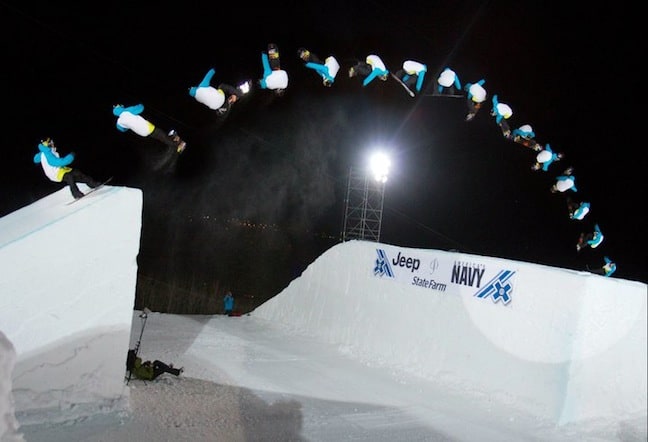 Australia’s very own Russ Henshaw has claimed himself an X Games souvenir in the shape of a ski slopestyle silver medal, just one momentous moment in 48 hours of winter extreme sports overload at Aspen Colorado.

Having aggravated an injury he’s been carrying since the Dew Tour, defending gold medalist Bobby said he was more than pleased to finish in second. Australia’s Russ Henshaw withdrew from the big air after injuring himself in practice.

To make Torstein’s triple more impressive, he nailed it with broken ribs, the result of a crash in an earlier attempt.

Torin is the youngest male athlete to medal at a Winter X Games, to put things in perspective, Simon Dumont has been competing in X Games since Torin was just five years old. Kevin’s winning score of 95.00 is the second highest in Winter X history.

Kelly had the win in the bag after her first run; gold medal defender Gretchen Bleiler fell hard in the first run and couldn’t seem to come back, but she used her third and final run to debut the 1080. Olympic gold medalist Torah Bright chose not to compete in the superpipe and is focusing instead on the slopestyle event

After six X Games Sammy Carlson finally has an gold medal. Defending Champion Bobby Brown was pushed out of the medals but was not in top form.

Recently crowned FIS World Champion Chumpy Pullin couldn’t pull out a repeat performance at X Games. Though he qualified in third, the Aussie finished up in 14th place overall.

FIS World Champion Lindsay is just unbeatable at the moment.

Check out full results, videos, photos and all the rest at ESPN’s X Games website