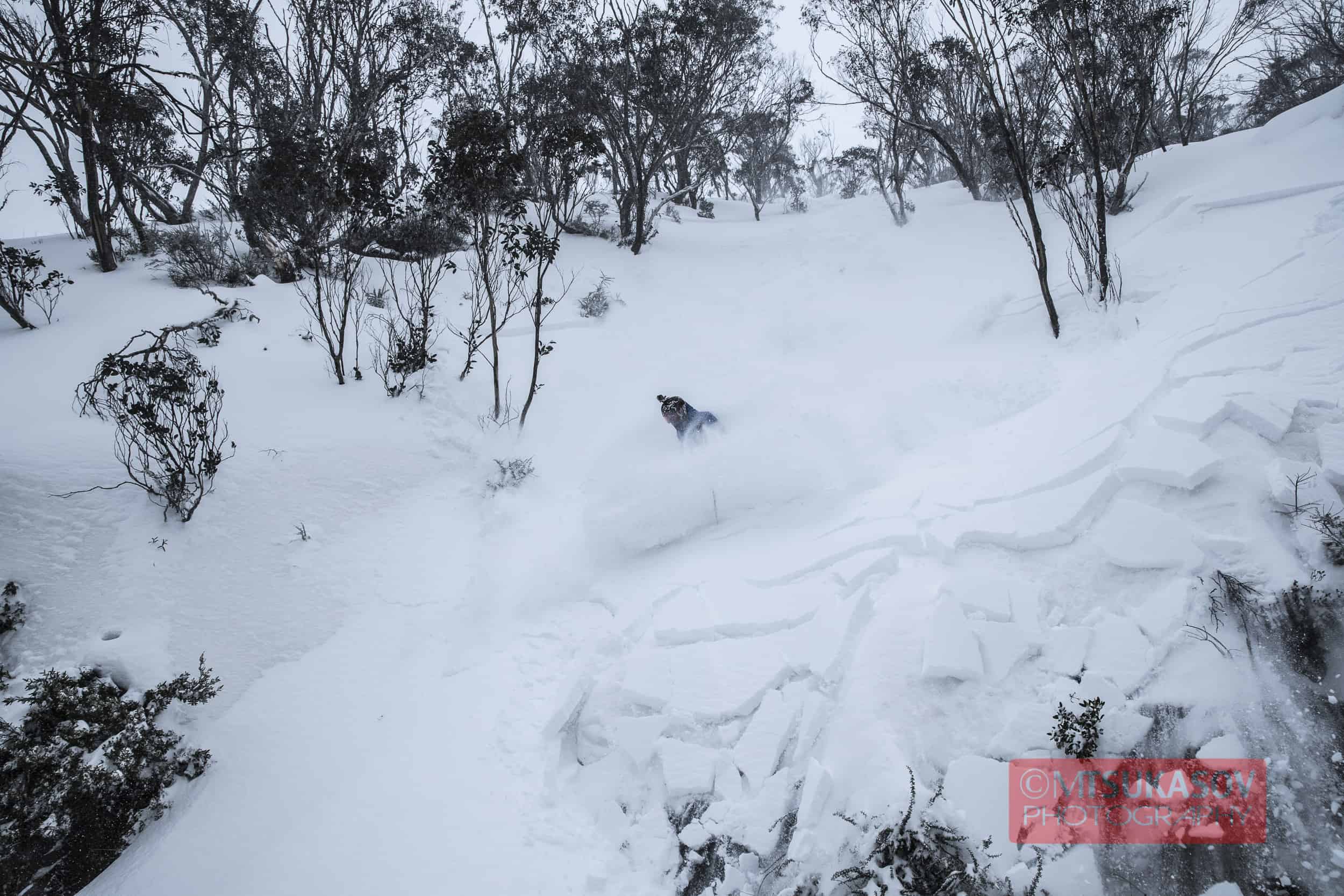 While there are many reasons to celebrate the new snow that’s blanketed the Australian resorts this week, let’s not forget the very real and deadly avalanche danger that such heavy snowfall often brings.

Our Mount Hotham reporter Bill Barker noted this morning, in his Daily Snow Report that, “there were several reports of skier triggered avalanches yesterday, and the weak layer that produced these still exists today, only now it’s buried deeper in the snowpack which will result in larger avalanches!”

Mountain Sports Collective, Australia’s foremost avalanche advisory site has the avalanche danger rating at HIGH today, meaning not only is travel in avalanche terrain not recommended, but natural avalanches are ‘possible’ and human-triggered slides are ‘likely.’

Whilst MSC is predominantly a portal for backcountry skiers and boarders, avalanche terrain can even be found in bounds at many Australian resorts and the below sequence proves as much.

Photographer Mark Tsukasov told Mountainwatch, “I was standing where Coen is standing on the cat trail (when capturing the images). Had I posted up under the face it would have knocked me over and buried me.”

“The sound scared the s*** out of me. I watched it pour down and pile up in front of my skis. Only my poles where buried.”

Whilst it wasn’t the kind of terrain on which you’d find a beginner or intermediate skier, the fact the avalanche path made its way across the cat trail meant it was fortunate no other skiers were around at the time.

Unsurprisingly it is this kind of avalanche that Mountain Sports Collective are recognising as the primary hazard in the mountains at the moment – a large wind slab, on wind loaded aspects lee to the north and west.

Stay safe out there folks!