In January this year Australian skier Coen Bennie-Faull suffered a broken neck in a skiing accident in Revelstoke and, as he said in an interview with Mountainwatch while he was recovering, he felt “extremely lucky” to still be alive. In this story which appeared in the 2020 issue of Chillfactor ski mag, Coen reflects on the accident and how his helmet reduced the impact on his head, effectively saving his life.

The world as I knew it was almost changed in one out of control moment. If it wasn’t for my helmet my concept of ‘me’ would’ve been changed forever. It is one of those moments you can never be prepared adequately for – it happens in a blink, and now it’s a blur. Sitting there, waiting for help to arrive, amazed I can even make sense of that. My head hurts, and I can’t work out why or how I came to be lying in the snow.

It’s one of those moments you vaguely imagine yourself in when selecting your travel insurance from your living room couch. But this is real. It’s happening.

Everyone who has ever clicked into a pair of skis or jumped on their skateboard at their local ramp realises crashing is an inevitability – somehow, gravity always seems to win. You’ve possibly even had one of the kind of crashes I’m talking about. One that gives no warning sign.  One that actually does some damage. One you don’t see coming, one moment in control, and the next thing you are being crowded over by concerned on lookers, asking if you’re okay.

This January I miscalculated a take-off and took a fall that will be etched into my mind for the rest of my life. It happened very fast, I had weighed up the consequences and thought I had everything under control. But what I hadn’t weighed up was the magnitude of the consequences if I got it wrong. Inherently, skiing and boarding are high risk sports, and the line between control and a hospital bed is incredibly fine. Tempted by the thrill, it is easy to overstep that proverbial line, but when you do, you better have a back-up plan.

I remember the take-off vividly and realised quickly I wasn’t travelling far enough away from the cliff. My skis scraped the rock face and I ended up landing upside down on rocks below. The miscalculation was minor, but sometimes that’s all it takes to lose control. In the moment there was no amount of skill or expertise that could tip the scales back in my favour. I knew I was going down.

Control is relative, it doesn’t care what level of skier you are, everyone has a limit and once it’s reached, control can be taken away in the blink of an eye. Once you’ve lost it, you’ve taken your hands off the wheel, so to speak. You are in the hands of fate and sometimes fate works against you.

The only reason I wasn’t injured more seriously was the two-inch crumple zone my helmet provided. It provided unconditional protection in a moment where all else had failed. I still find it hard to come to terms with the magnitude of what happened; so many moments where luck could have gone either way. What if I landed two feet to the left? or if I hadn’t have rolled to my side?

But what wasn’t luck, was the hard fact I had my helmet on. I never ski without it. But until this crash, I don’t think I had quite grasped the full scope of my helmets value.

It wasn’t until picking up my helmet up from the ski patrol shack a few weeks after my crash and held the shattered remnants of what was a helmet in my hands that I fully comprehended the force I had put through my head and body on impact. What was most remarkable, and also scary, was the disparate amount of damage to my helmet in comparison to my head. My helmet combusted into 15 different pieces and forced itself inside out in a way I hope to never fully comprehend. As I found out later from friends at the scene, all that was left on my head when I came to a stop was the broken outer shell of helmet, hung around my neck by the strap. From the visible destruction it was clear my skull didn’t stand a chance without that protection.

My crash reinforced the fact that my helmet is protecting a part of my body so different to ‘replaceable’ parts like knees or elbows. Your head isn’t just a mechanism. It holds your understanding of the world around you. It’s what connects all the dots and allows you to do all the things that make you… you!

Like most of us I’m sure, I used to get into arguments with my mum as a kid about wearing helmets. I feared looking dorky around my friends, they just weren’t the cool thing. When I was a teenager, my cousin suffered a severe head injury riding his bike without a helmet so it’s a no brainer that mum and dad mandated their use whenever we were biking, skating or skiing, no arguments. But that didn’t stop the resistance I put up.

Now as a coach, I unfortunately see the scary effects of head hits first-hand all too often. When dealing with kids’ brains also, there’s the added risk of damaged development, so the impact is real. Helmets are not only mandatory in all ski competitions world-wide but have now become an item of identity for a lot of athletes and skier’s alike, some of whom spend more days in their helmets than not. Companies are making helmets to match style these days, they’re no longer the dorky buckets I remember as a kid. It is beginning to become cool to wear a helmet and steadily an anomaly not to. Helmets really are cool, and for good reason.

Even the slightest of head knocks is enough to sway you off course and, on this occasion, I was extremely lucky to walk away with all my marbles still in my jar. I can’t help but imagine how things could have been if I wasn’t wearing that two inches of foam and plastic around my skull. The dreams that would’ve faded into the background, the relationships I’ve built that likely would’ve been irrevocably changed.

I’ve never learnt from being told what to do. It’s not in my make-up and more often than not I have to get it wrong before I learn from direct experience. I’m thankful someone taught me the importance of wrapping up my noggin before I got it wrong, because this particular learning curve doesn’t always hand out second chances. I was very lucky I got one. 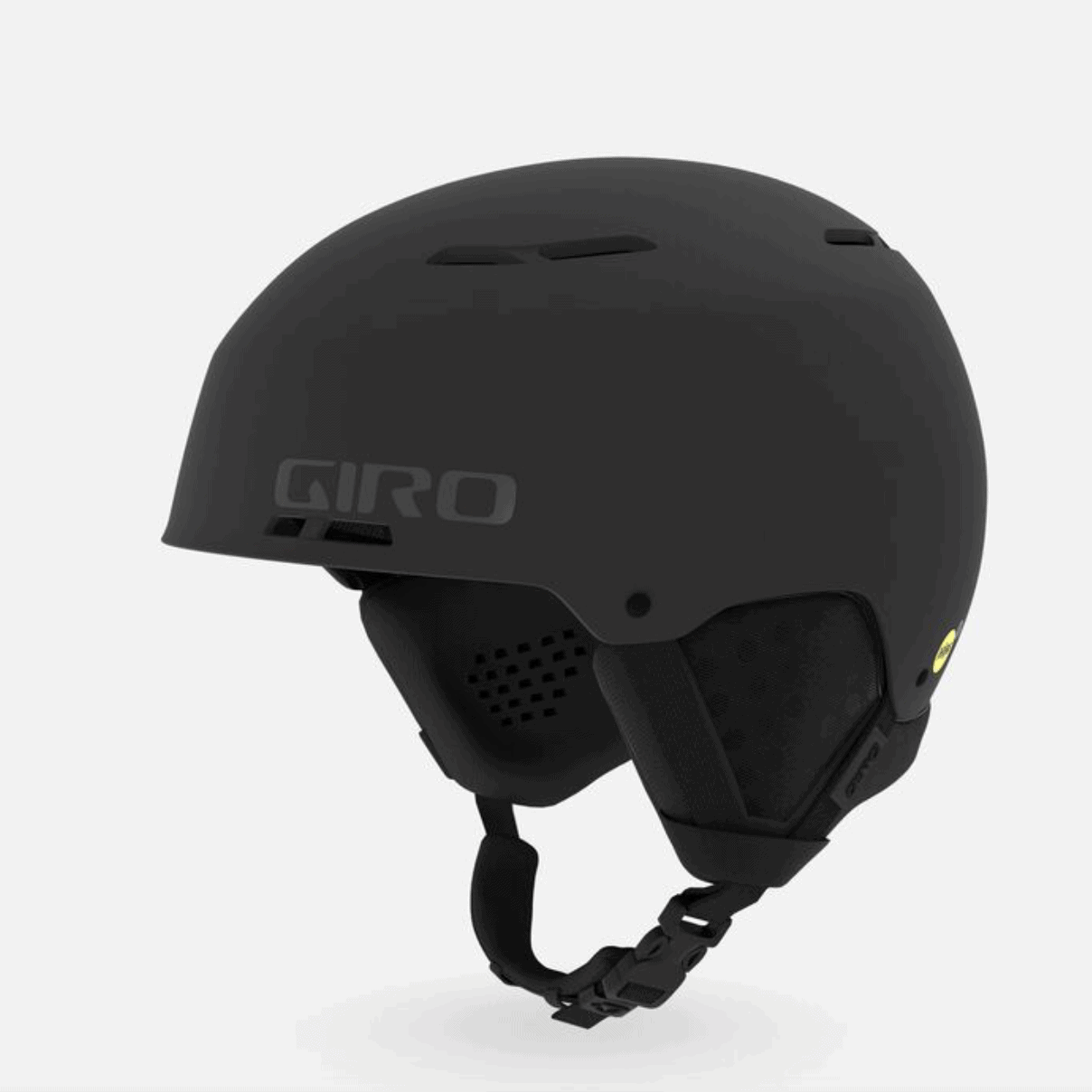 Coen was wearing a Giro Emerge helmet that has MIPs Spherical technology which aids in the reduction of rotational energy during certain impacts. This integrated feature includes two layers of impact-reducing, dual-density EPP foam that aids in reducing high- and low-energy impacts that are inevitable in freestyle progression.

Check out Coen’s Skiing his edit All White