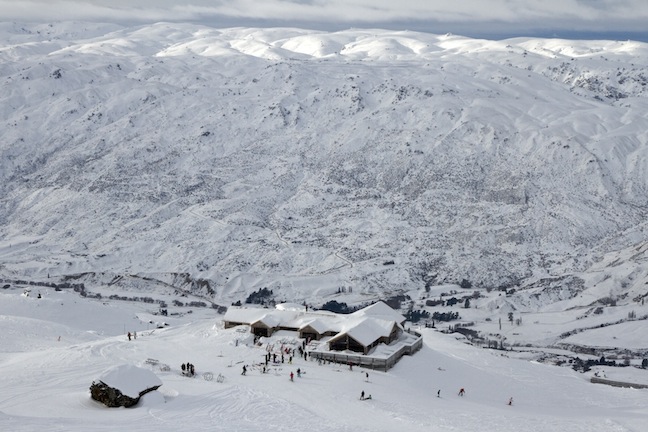 The Crown Range covered with fresh pow, in all its glory Image:: Ace Media

Fortunately, or possibly unfortunately dependant on your perspective; the huge storm which ravaged the Canterbury region at the end of last week only nudged the Southern Lakes. This meant only half metre snow dumps, (as opposed to 1.5 metres further north) on the mountains on Wednesday night, without the havoc of high winds and blizzards. Thankfully, the front lowered the snow line, enabling all the local resorts to reap the snowy benefits.

Coronet Peak’s closure on Thursday kept the anticipation high for friday’s fresh tracks in 20 cm of new snow. Those fair-weather skiers who love clear visibility would have been slightly disappointed, too bad for them I reckon! Coronet Peak saw huge crowds flock to the resort over the weekend, with ski race training in full swing. Most skiers rejoiced the absence of many snowboarders, who rushed to the Remarkables for the opening weekend. Coronet’s upper base is already over 1 m, far deeper and more solid than the last few years. 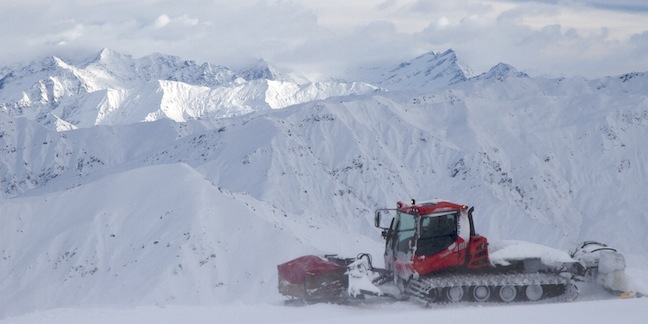 A groomer on the Queenstown Return keeping the track clear for bombing Image:: Ace Media

The Remarkables opened with every lift in operation, with a 100+ cm base in high terrain, and insanely amazing snow quality! The storm was perfectly timed for opening weekend, with soft snow (a mix of natural and man made) and good coverage promising an amazing opening. The weather hung over the Shadow Basin quad chair on sunday, bringing low visibility and tricky conditions. High winds of over 40 km/hr pushed the front away from the range, bringing an incredibly beautiful bluebird day for Monday. The resort is buzzing, the vibe is amazing, with so much terrain accessible to riders, the Remarkables is relishing this incredible season opening. 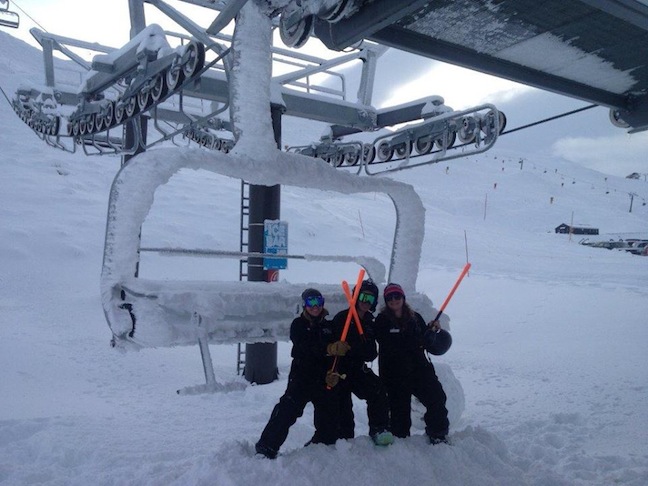 The park is open, but with only a few features, serious freestylers are sitting tight, awaiting further park developments. Off piste riders were thrilled with the opportunity to ride the ridges and peaks up at The Remarkables gates, although snow conditions were windblown and hard packed. More snow is needed to ensure the chutes and ridge lines are safer for those who want to escape the ski runs. 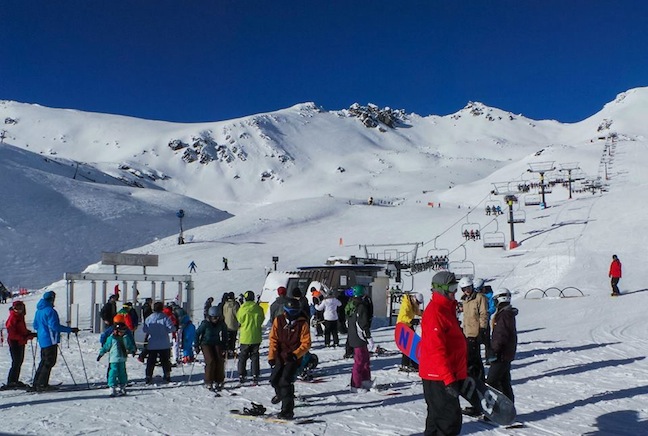 Snow conditions at the Queenstown resorts are already at mid-season levels, an absolutely epic start to the season! Fingers crossed these storms continue, laying down solid bases for the resorts, and hopefully some great powder days! All the resorts will be busily taking care of snow making opportunities to help consolidate the base to ensure we will be skiing well into spring this year. Over the next week we should start to see some epic features taking shape in the terrain parks which is great news for freestylers! Get out there!