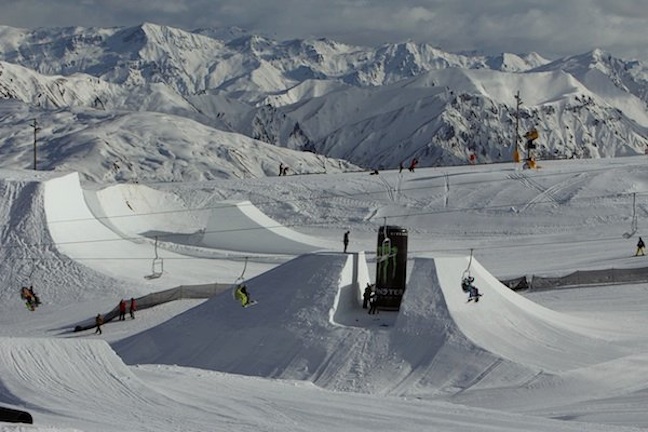 Kia Ora everyone, it feels like we are flying through the weeks at the moment, hopefully everyone is getting a good amount of skiing/boarding in.. we’re halfway through the season now believe it or not!

Competition season is well underway, on Friday/Saturday the Billabong Slopestyle went down at Snow Park, on one of the best courses I have seen in New Zealand. Only the best of the best made it through to the finals, still managing to pull off a ton of heavy hitting tricks in the windy/icy conditions… a great show to watch with a few beers and some mates on the Woolshed Restaurant deck! In the women’s division the winner was Billabong rider Jamie Anderson, whilst Finland’s Roope Tonteri took the title out for the men.

Tomorrow is the beginning of the 2011 Burton New Zealand Open at Cardrona. The best riders from around the world are about to go head to head for the next five days in a bid to be crowned halfpipe and slopestyle champions. The newly installed Wells Platter (named after skiing superstars the Wells brothers) will be put to good use running athletes up the pipe to their runs… make sure you get up there early to secure a good viewing spot, it’s going to be one amazing event!

On Friday night in Queenstown there will be the annual Parklife Invitational rail jam where a hand picked line-up of skiers and boarders will slide and grind their way to a slice of the $5000 prize pool, this also marks the beginning of the 100% Pure Winter Games.

Over the weekend we received a dusting of up to 15cm new snow in some places but i think everyone is ready for another big snow storm to hit us. The snow is still good but after a week or so of it baking in the sun it inevitably gets a little icy, especially in the late afternoon.

Looking at the weather for this week…
It’s started off good with a touch up of fresh snow across the country over the weekend, looking ahead we can expect the next few days to be clear and sunny but from thursday onwards it’s forecast to pack in with snow showers.. fingers crossed! Here’s a little summary of what to expect. 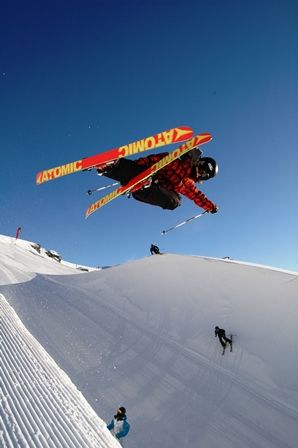 (right)The Wells brothers doing what they do best! Image:: Cardrona

Whakapapa/Turoa/Tukino – Quite the mixture of weather this week beginning with snow showers and gusty W-SW winds, potential for rain on Wednesday with the freezing level rising above 2200m, cooling back down for more snow on Thursday /Friday and looking to clear up mid Saturday to calm and sunny conditions.
Manganui – Overcast with rain/snow forecast up until the weekend where it may become fine for Saturday/Sunday

North Cantebury
Rainbow – Sunny with broken cloud through to Wednesday night, Southerlies and snow showers developing on Thursday through to Saturday/Sunday where its may break up into fine patches.
Hamner Springs/ Mt Lyford – Fine through until Thursday, changing to snow showers overnight and breaking up over the weekend to fine patches.

South Cantebury
Fox Peak, Mt Dobson Round Hill, Ohau – Clear and sunny for Tuesday/Wednesday with variable light winds, snow showers forecast for Thursday/Friday and then expected to clear up over the weekend. 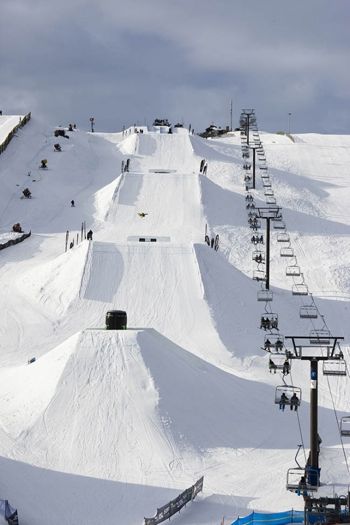 And that’s a wrap for this week, it’s shaping up to be quite a full on week for events and partying. There will be after parties at the Lone Star and Opium bar in Wanaka every night of the Burton Open, with the Open sessions ending the week in Queenstown on Saturday with a ton of live bands and good times… look forward to seeing you all there, cheers!