It has been a slow start to the winter across Japan, with Hakuba and other resorts in the Japanese Alps on Honshu recording well-below average December snowfalls. However, there is good news as conditions have improved a lot since the start of the year thanks to some fun 20-30cms powder days.

It what was an unusually warm start to the season, the storms that did come through during December had high or fluctuating freezing levels and while plenty of snow fell on the upper slopes and in the backcountry, it was rain or sleet at the base. The result here in Hakuba was some great days in the backcountry in the last week of December, but limited on-piste skiing in resort. 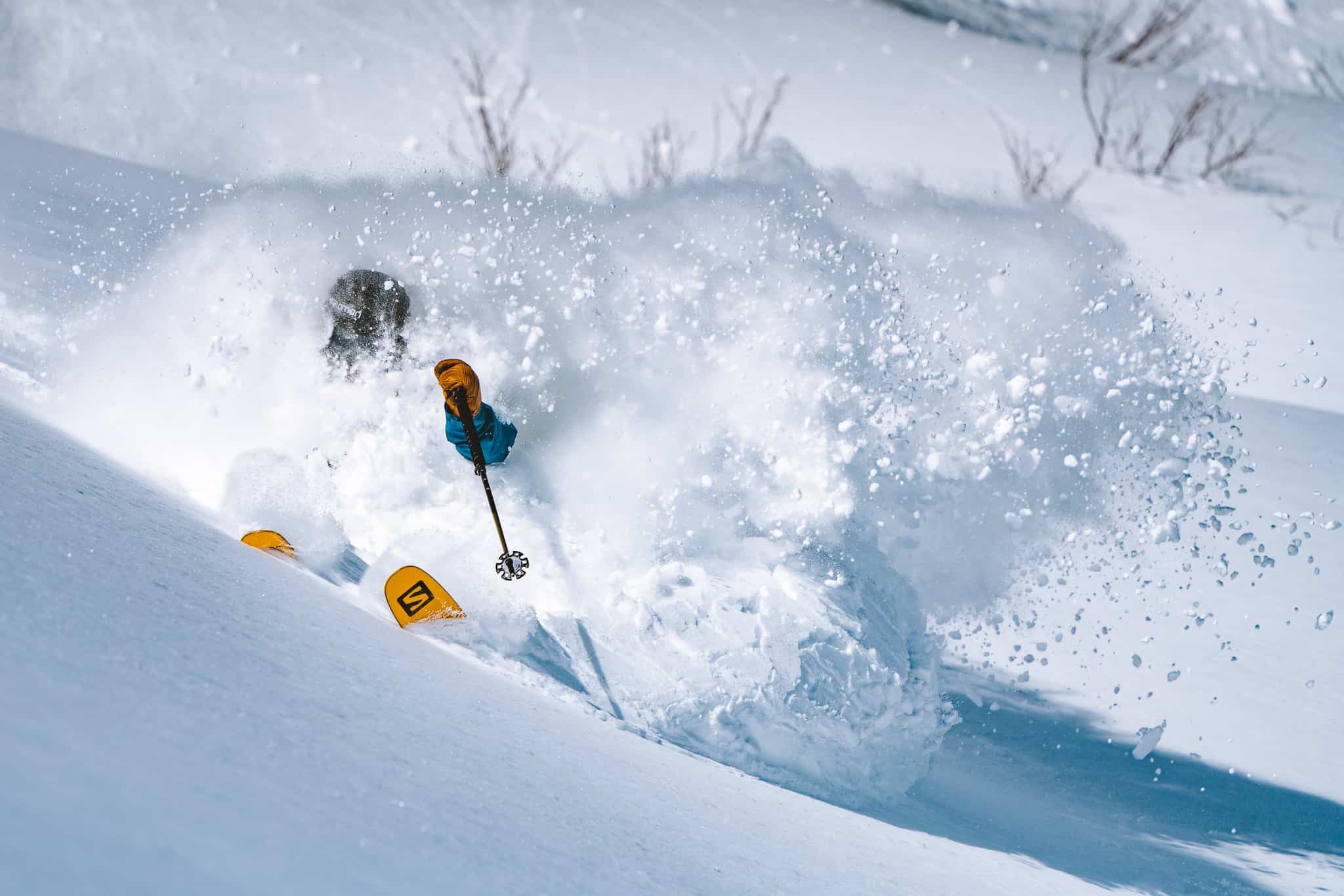 Thankfully the start to 2020 has been much better with significant snowfalls during the first week of January, starting on New Year’s Day, dropping 95cms on the upper slopes in Hakuba by Sunday, January 5. The cover improved steadily,  resulting in more lifts and terrain opening each day.

The snow really started bucketing down on Saturday afternoon, Jan 4,  and low freezing levels saw heavy snowfalls in town from Saturday into Sunday.  In his snow report on the following morning, Steve Lee described it as “officially a Japow day”.

It was indeed a good day with 50cms of fresh snow and a few more snow showers adding to that total in the afternoon. For Steve, Monday in the backcountry was the day:  “Bluebird, cold, no wind with some nice long lines skied. An epic Hakuba day.” The in-resort skiing was also pretty good, especially early when flawless corduroy groomers were on offer. 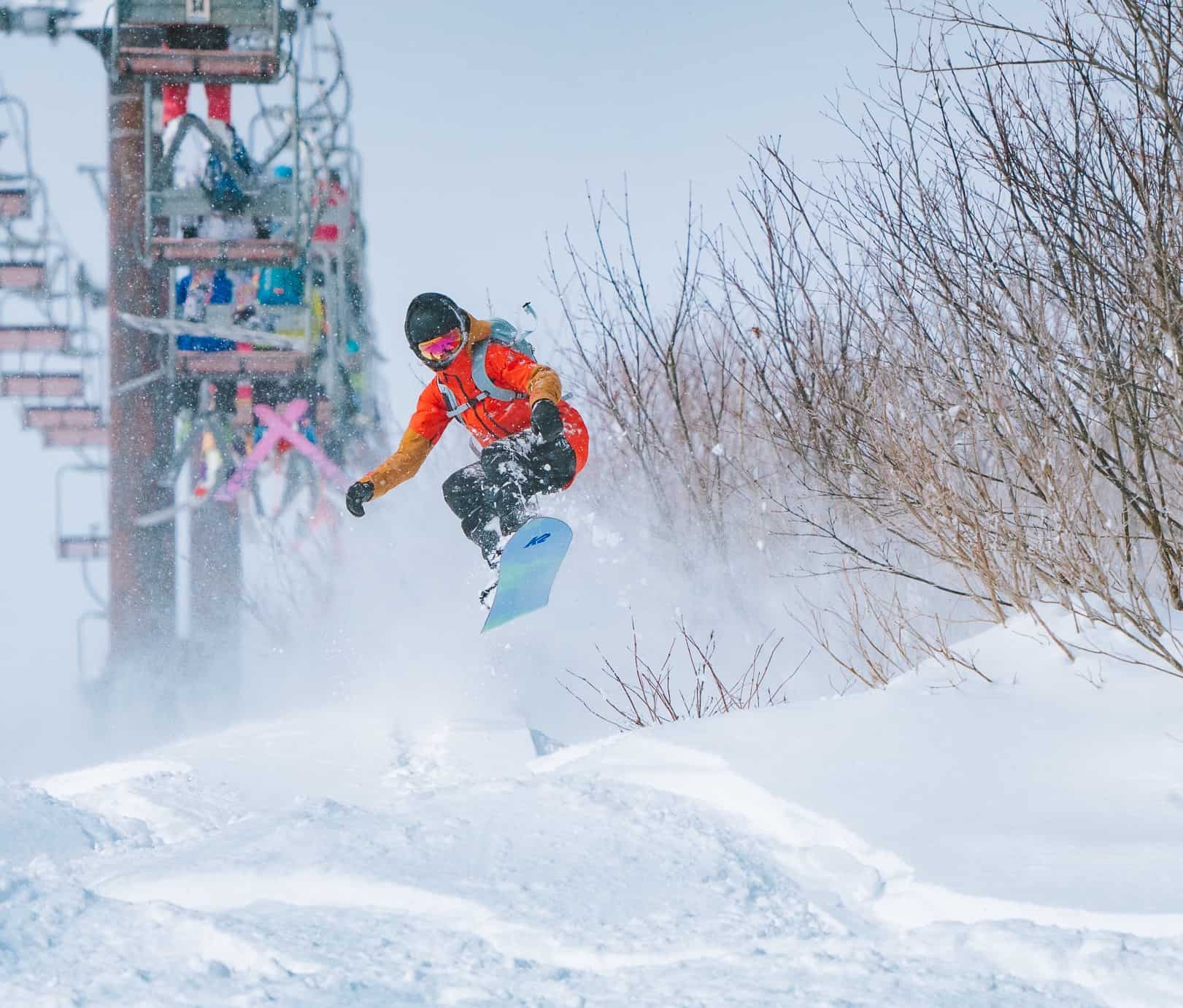 However, in a case of one step forward and one step back, a warmer front hit on the afternoon of January 7 with significant rain overnight and into the next day. However, the repair job got underway pretty quickly thanks to some regular top ups, starting with 10-15cms last Thursday/Friday while snowfalls on Sunday and Monday night dropped another 30cms on the upper mountain.

The men’s skiing was won by young Kiwi skier Ben Richards while the other divisions were all taken out by Japanese riders – Ayana Onozuka (women’s ski), Masaki Mitsuhisa (men’s snowboard) and Sayako Kato (women’s snowboard).

The three-star qualifier is the start of a big week in Hakuba with the first event of the 2020 Freeride World Tour, also scheduled for Hakuba from Jan 18-25. Most of the athletes have already arrived and the standard of riding on the mountain has improved dramatically, not surprising with some of the world’s best skiers and snowboarders in town.

The upper mountain is in great shape at the moment, giving organisers plenty of options for choosing the event venue. At the time of writing it is again snowing steadily with 10-15cms falling this afternoon and there is more on the way, the current forecast calling for 30cms over the next seven days.

The event has a seven-day window and the competition will run on the first good day of the waiting period. It will no doubt be a day of spectacular big mountain riding and you can catch all the action live on the Freeride World Tour webcast. Tune if you can, it is definitely something you don’t want to miss.