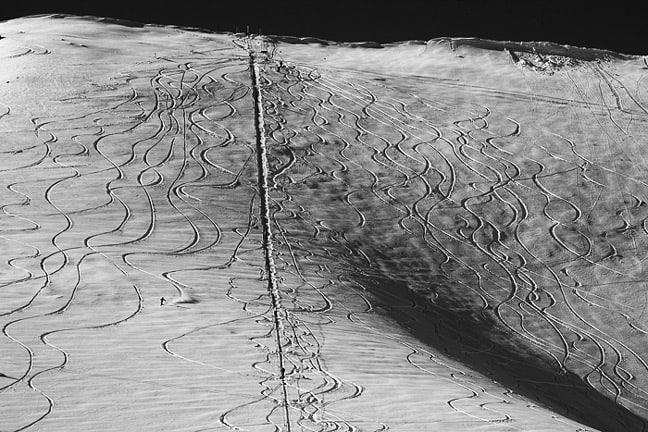 Image:: Vaughan Brookfield. Roundhill clubfield opened a new ropetow this winter that had all the hardcore skiers and snowboarders in NZ racing for their cars after fresh storms. The lift is said to be a treacherous and painful ride, but gives access to some spectacular backcountry bowls and of course the bowl it sits in. Can you spot the skier? Full story here .

It was hard to choose just 10 from all the amazing snow photos from New Zealand that have appeared on Mountainwatch this season. With all the snow falling, perhaps we’ve called it to early but this little pictorial is what we believe represents the season that was New Zealand 2010. It’s just the right mix of everything that says ‘snow’ and the images that remind us of the best moments of the year.

So here they are. What were your favourite Mountainwatch snow photos this year? tell us about them in our comments section below! 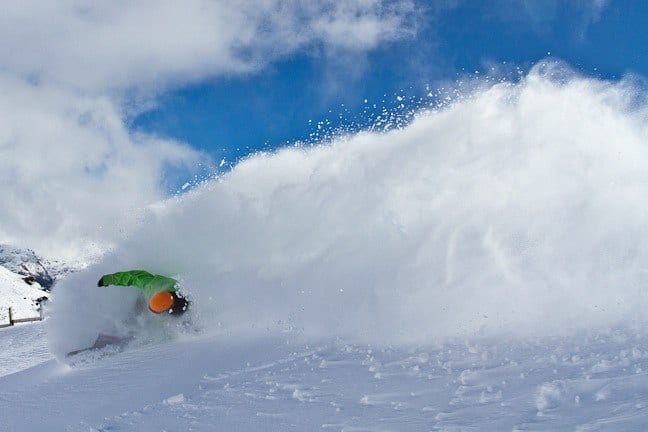 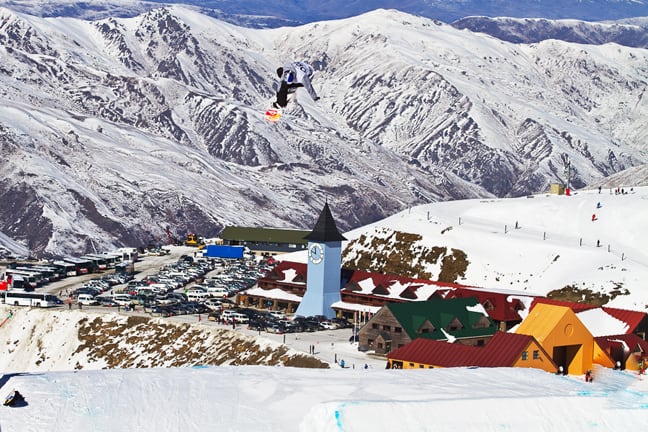 Image:: Pablo Azocar. Cardrona’s colourful clock tower, such an iconic NZ snow feature, couple that with action from the Burton NZ Open and you have a moment. 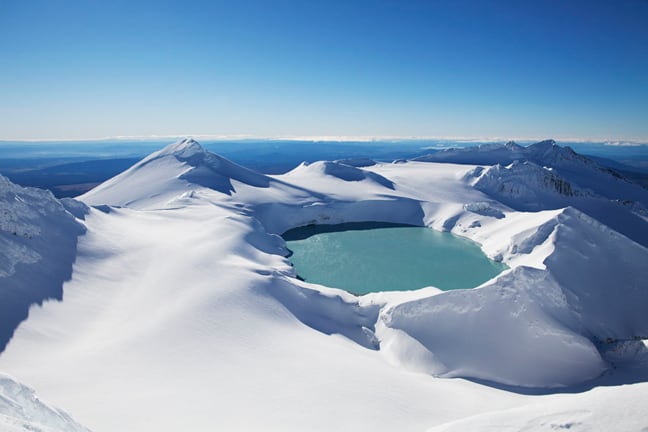 Image:: krystle Wright. The amazing vistas you can find at the top of Mt Ruapehu. 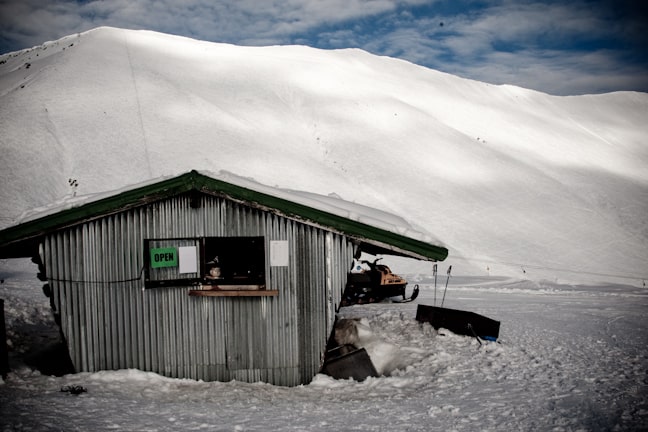 Image:: Camilla Stoddart. Everyone knows the club fields are basic, the simple ‘open’ sign at Roundhill says it all. 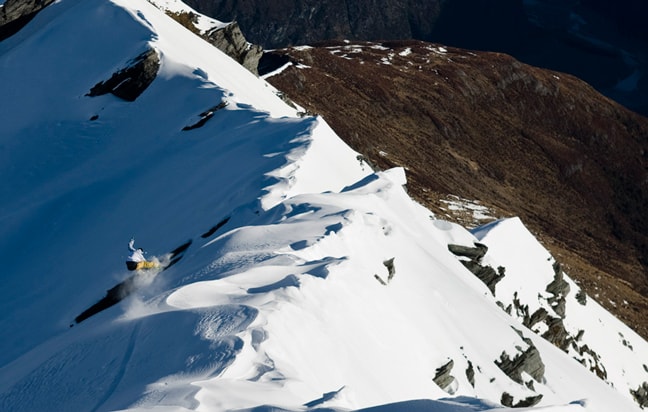 Image:: Johnny McCromack. During a dry and warm spell around Wanaka, NZ in Mid August, Harris Mountain Heli teamed up with the Oakley snowboard team to search for some powder high up near Mount Aspiring. Ryan Tiene takes a fresh line while the affects of the strong NZ sun create a heavy contrast between South and North facing sides of the mountain. Read the full story of the Oakley Snowboard Team trip here . 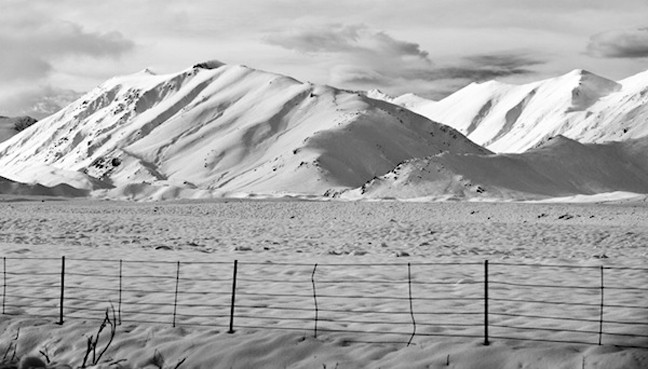 Image:: Vaughan Brookfield. The Linder’s Pass seperates the Southern Lakes region of South Island NZ and the Mackenzie region. When it looks like this as you drive over you know you are in for a great powder day. Vaughan shot this one on his way to Roundhill and an amazing day of shooting the new bowls.
See the Snow Photo Journal here for more from that mission . 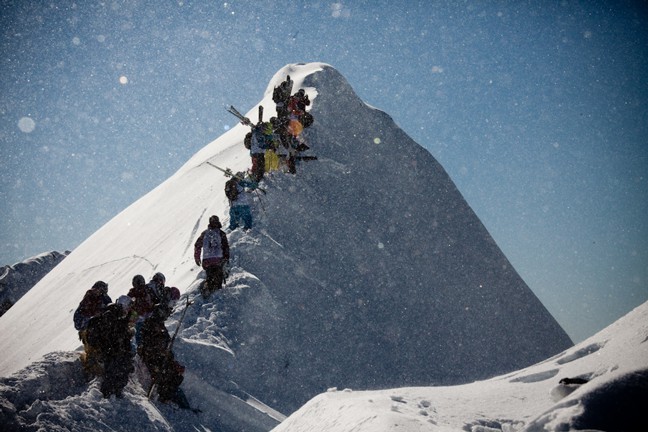 Image:: Camilla Stoddart. The World Heli Challenge is one of the most unique events in the world and is held every year from Lake Hawea in NZ. It brings some of the most experienced (and crazy) freeskiers and snowboarders to untracked terrain by helicopter to prove their worthiness in the tribe and push each other to new levels. Camilla really captured the moment here as the tribe scopes their lines down the mountain and fresh powder crystals blow through the air on a gusty ridge. The photo shows the adventure spirit of the comp and the tribal nature of our existence as skiers and snowboarders. View the Video from the 2010 World Heli-Challenege here . 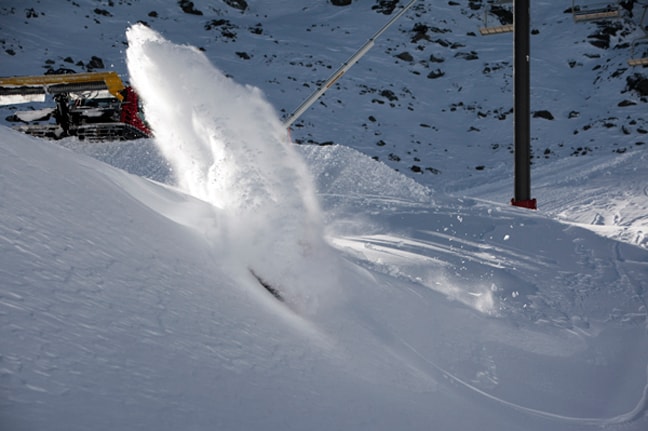 Image:: Vaughan Brookfield. NZ snowboarder Stef Zeestraten made the most of a private session pre-season up at The Remarkables to blow the cobwebs out of his legs with this huge powder bank gouge. These are the photos that at the start of the season motivate us to no end – we all want to be where Stef is in this photo and we’ll spend thousands of dollars to get it. Read the Photo Snow Report from that session here . 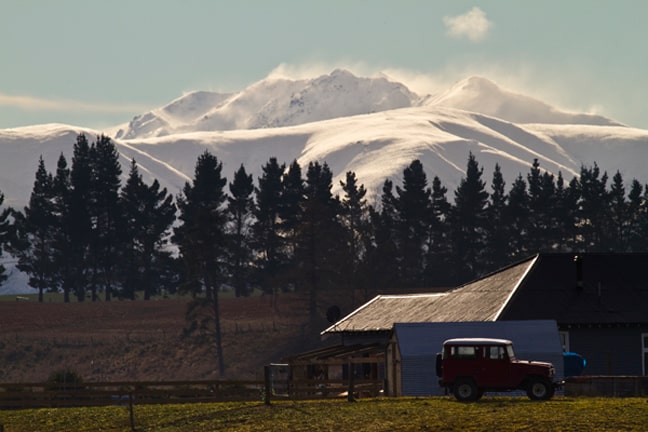 Image:: Vaughan Brookfield. This image captures the essence of NZ more than any shot we’ve seen this year. Green farmland dwarfed by white peaks bathed in sunshine while the wind howls atop the ridges. The red Land Rover ties it all in for a perfect NZ afternoon.