After five days of snow, it is sunny and mild in Hakuba today, the best snow cycle of the season having drawn to a close yesterday after another awesome powder morning. It has been a stellar week, the first storm hitting last Wednesday afternoon when a strong cold front came through from the northwest, the temperature plummeting over 10 degrees, delivery heavy snowfalls for a few hours down to the valley.

Prior to that arrival of that storm it was looking like late spring in Hakuba and while there was a decent base on the mountain, there was no snow at all in the valley, a combination of rain and mild temps causing significant melt at low levels over the previous week. Last Wednesday’s snowfall raised the vibe in town and then the Grasshopper’s  Japan forecast last Thursday was also full of good news. No doubt there were of happy people in Hakuba when they read the opening paragraph:

“Japan’s winter revival will continue today through into Tuesday, with snow and sunshine expected on alternating days while temps remain nice and cold. Central Honshu will take the cake with 40-60cm of powder.” 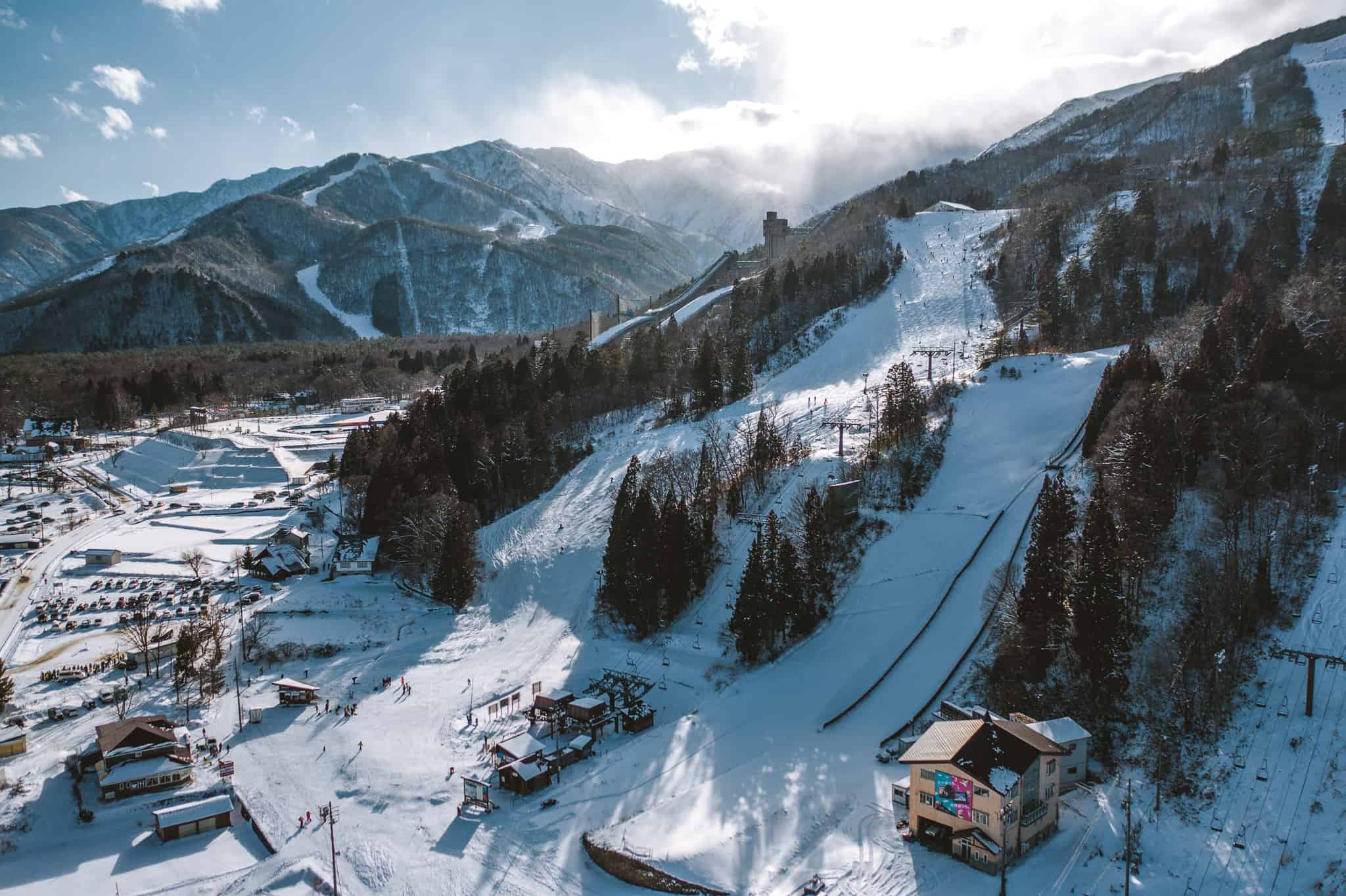 Hakuba received the expected 40-60cms plus a lot more by the time the snow stopped falling yesterday, with five-day totals at 120-150cms. That initial storm continued on Thursday, intensifying overnight, and on Friday morning the Hakuba resorts were reporting 24-hour totals of 30-40cms. Friday was a day of dry powder thanks to a temperature of minus 11 degrees and there were some deep turns on offer at all resorts with Cortina and Tsusgaike trees among the picks.

There was a brief break in the snowfalls and even some sunshine on on Friday, but the temps remained well below zero before the next storm hit on Friday night. This one dropped another 15cms in the valley and triple that on the upper mountain by Saturday morning, while the tree runs in various resorts had some deeper wind-drifts.

Prior to the storm the average base on the upper mountain was sitting at 190cms so once the snow hit the base depth improved quickly. The bamboo in the trees, although still there, is less prevalent and it was good let your skis or board run a bit with more confidence. More terrain opened on Saturday, including the “tree riding zones”, but with ski patrol policing the various off-piste restrictions it was worth doing the required lectures at 47 and Tsugaike so you could ride without having in to worry about patrol pulling your pass.

The snow fell steadily on Saturday and into Sunday morning when there was another 40-60cms with Cortina reporting the most snow. However, patrol never opened the top lifts which was frustrating for the many people who headed there, encouraged by Cortina’s more open off-piste policy.

However, on Monday morning Cortina had all lifts open, Steve Lee writing in his snow report on Monday morning that “all roads lead to Cortina today which didn’t open yesterday following 60+cms – that will be epic today.” It was, and Monday turned into something special in all resorts with heavy snowfalls for most of the day, the afternoon offering good refills for those braving the wind and fair visibility.

Yesterday morning was the last powder day of this cycle and  the footage in the video snow report we shot yesterday shows just how good the snow has been over the past six days.

The latest forecast is for rain on the lower half of the mountain over the next few days with snow around the peaks. However, this should just be as bit of a hiccup, with another system due out of the northwest on Monday with colder temps and heavy snowfalls to low levels forecast into Tuesday.

At this stage is looks like it will be the start of another good snow cycle and hopefully another week of powder turns. Make sure you check out the Grasshopper’s Japan forecast tomorrow to see how it may pan out.