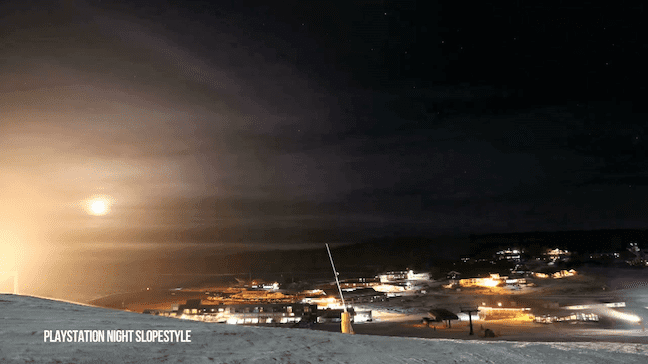 The first slopestyle event of the season took place on Perisher’s front valley on Saturday night. Competitors battled it out for their share of $10,000 in cash and prizes on the perfectly manicured course designed by Perisher’s head of terrain parks and park grooming heavyweight Charles Beckinsale.

The standard of riding from both the skiers and snowboarders was phenomenal and it was a perfect opportunity for the public to witness the incredible level of riding on show from our slopestyle athletes ahead of the upcoming Sochi 2014 olympics. Snowboard Halfpipe world champion Nate Johnstone, Olympic gold medallist Torah Bright and X-Games medallist Russ Henshaw were all spotted hanging by the judges stand checking out the event.

Jye Kearney continued his clean sweep of wins by taking out 1st place in the open mens snowboard, Cohen Davies took out 2nd, missing out on 1st by only one judges point. Troy Sturrock came in 3rd with a solid run.

Boen Ferguson took 1st place in the open mens ski category ahead of Charlie Timmins in 2nd and Thomas Waddell in 3rd.

Check out the video below courtesy of Mic Simpson/Perisher Media…