I spent one winter working the snowfields of Scotland, which involved pouring a ton of decent – and dodgy – belly warming whiskey and selling food to hungry humans throughout the day, ducking in for an escape from the weather. The biggest sellers we had were hot chips, slathered with cheese, beans and gravy – a shiny, quivering mess of carbs and fats and salt that was basically a heart attack on a plate. The other winners were deep fried pizza slices and a wedge of square sausage meat, slapped onto a white bun, slathered with butter. ?

Healthy, it was not. It was the kind of meal that probably filled you with instant regret and made those pants feel extra snug as you walked away questioning your life choices in general. 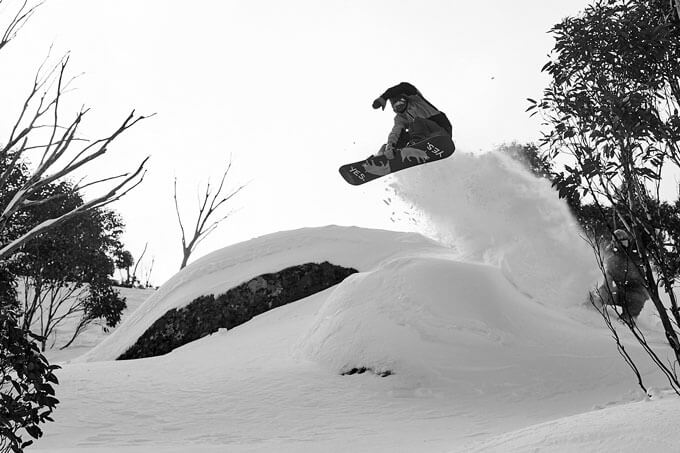 ??The point being, if you have the option to fuel up with the good stuff, you go for it. This year, Transfer dodged the hot chips and melted cheese and went straight for the delicious but healthy option by partnering with Amy’s Kitchen for the Transfer Banked Slalom.

The first run at the event was postponed due to weather, but a committed crew of snowboarders gathered anyway, and set aside racing for some solid powder turns.

??Keen to join the tribe – and make sure they were fed – was the team at Amy’s Kitchen. Undeterred by the dumping snow, the crew made their way up to Merritt’s, set up a bunch of picnic tables and recliner chairs and instantly added both vibe and nourishment to the day. ?? 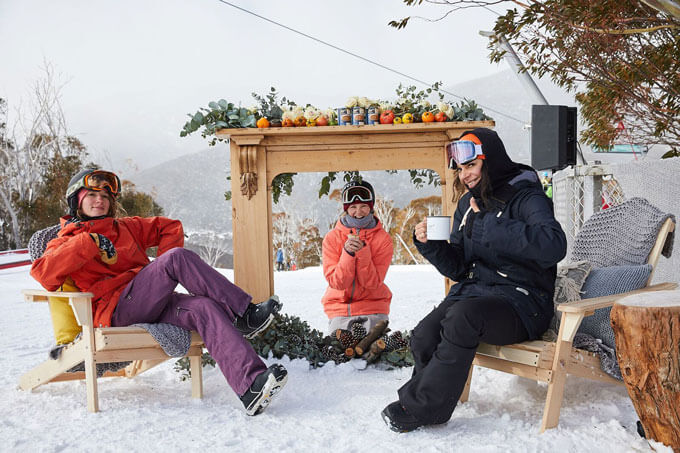 Slinging burritos and delicious hot soups to the masses ensured everyone was warm and full enough to continue zig-zagging a makeshift slalom all day long – Andy James drank at least 30 cups of the lentil soup while the likes of Charles Beckinsale and Ryan Tiene cut hot laps through the Merritts Skate Park like they were filming for their Madplay video parts back in 2002. Harry Crean lapped with Tom Reilly , both cover-boys for Transfer and after taking a 2-year hiatus, pledged to never take that much time away from ‘boarding again.

?After a day on the hill, you need not resort to the dodgy takeaways and reheated grease monsters, with Amy’s Kitchen offering a bunch of different options including burgers, burritos, pastas, curries, wraps and soups all ready to be warmed and devoured in the comfort of your own home while you rest your weary bones and re-live the day. (Just add the whiskey yourself.)