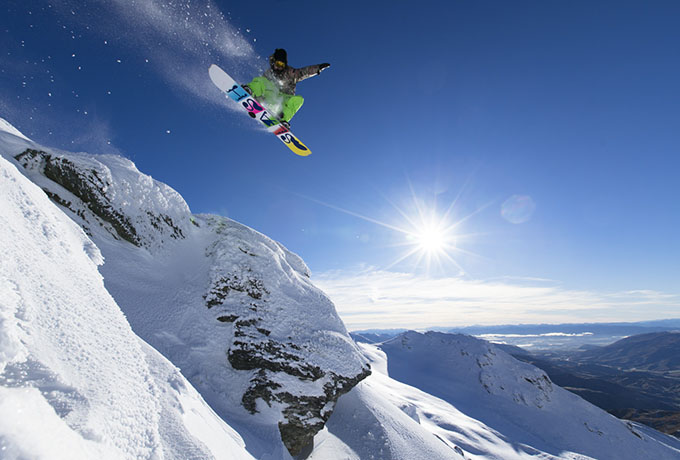 There’s no disputing that touring is easier than walking in fresh snow. The more surface area your foot has, the less you’ll sink, therefore you put less energy into each step. But does that make it the right thing to do? I’ve been walking along out there and getting more into it over the past year so here’s my take on skipping a few of the chairlifts to spend 90% of your time walking up the hill and only getting a few runs for a day.

After spending a season in Japan boot-packing deep snow I wanted to make it easier on myself to find the interesting spots out back. But New Zealand has such variable snow conditions, so the question was, do I ditch the season pass and become a scroggin’ munching hippie? 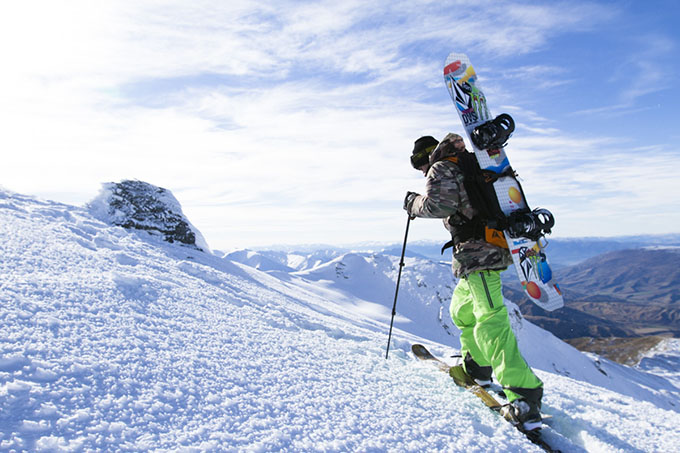 In this shot Will J’s using the Mtn Approach ski system. Theses bad boys are little skis that fold up into a backpack that carries your board while touring. They are good for local touring but really heavy to travel OS with. Image:: Riley Bathurst

Snowboarders have a few options and it took a little while to decide what works for me, my riding style and my budget. Essentially, you have two basic options, each with plenty of sub choices and for this shoot Will J and myself took different approaches.

Here’s our two different takes on backcountry touring, from the professional and the photographer… 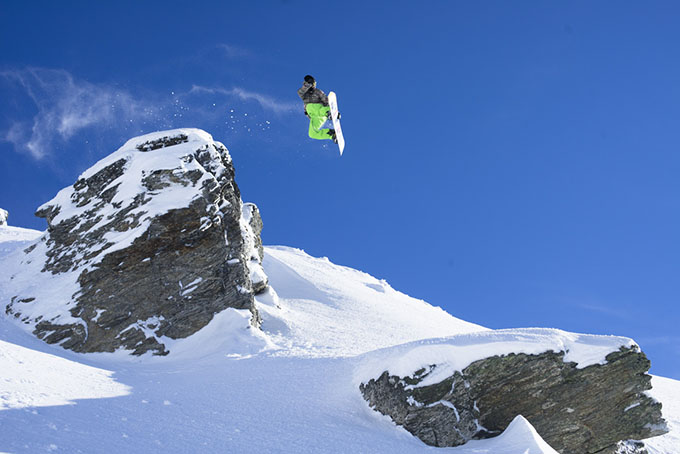 Will J prefers the snowshoe/Mtn Approach systems as they let him ride whichever board he pleases. Seems to be working out pretty well for him here. Image:: Riley Bathurst

Will Jackways: Ride your regular board and carry your touring equipment.

Anything from a pair of “Verts” (small plastic snowshoes) to MTN Approach skis work for me. All you need to do is look for a zone, make camp there, leave your touring gear and boot-pack up and down the feature before moving along. This way, you have the advantage of an easier way in and out of the zones but you get to ride whatever board you want and you can change between touring and riding set-ups as fast as you put on your regular bindings.

Riley Bathurst: Get a splitboard.

Either put a band-saw through your powder board and use a DIY Split Kit from Voile – or just get a purpose-made split. The technology is changing rapidly. They’re getting lighter, faster to transition and nicer to ride so check out what has come out in the last few years before making a call on this.

The key for me is having a really good up. With a splitboard, I’m carrying less on my back, which is important when I’m already weighed down with a camera bag or I want to go on a longer run. I find splitboards provide more float through the snow and get me a thousand meters of vertical easier than the backpack size options.