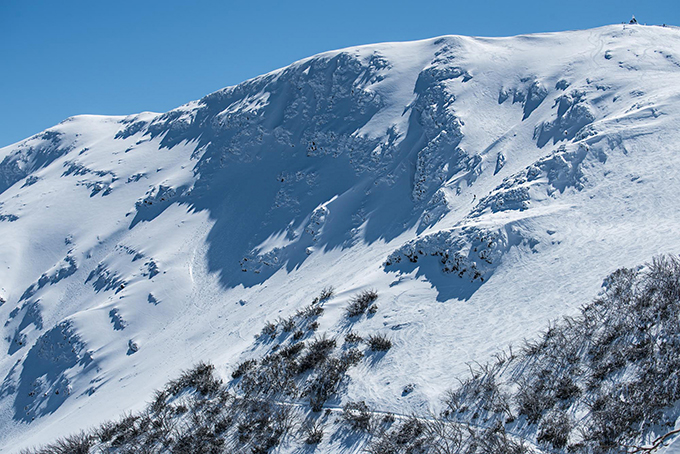 The call has been made, tomorrow is the day that Australia’s first big-mountain freeride type event will take place, at the formidable Buller summit. Image:: Harro

Australia’s best freeriders are cranking up their DIN settings and getting ready to clamp down those ratchets in preparation for tomorrows adrenalin-fuelled dual in Mt Buller’s unforgiving, double-black diamond terrain that lurks off the backside of the summit. Here’s the full 4-11 on the first ever freeride event in Australia …

The event “Buller X presented by Rip Curl” will test even the most skilled skiers and snowboarders as they assess and ride technical and challenging terrain and showcase their big mountain skills. It’s something completely new on the Australian alpine scene and celebrates considered and careful riding as well as the splendor of skiers and boarders showing off their strength and style. Athletes will do up to two runs through the daunting and steep course, choosing their best lines which will be filmed and then judged by a worldwide panel of elite freeride judges online.

Buller X challenges the best skiers and boarders in Australia to take on a steep and technical course in Mt Buller’s ‘chutes’ area to the south of the mountain’s summit, an area known to be treacherous and attempted only by the most experienced freeriders.

Due to the challenging nature of the competition it can only run when the snow and weather conditions align perfectly – and the organisers are confident this will occur on Thursday afternoon, which is forecast to be a sunny 8 degree day on the mountain. Mt Buller is experiencing the deepest snow cover for September since 1992 with approx. 1 metre of snowfall in September alone adding to the spring snow cover. 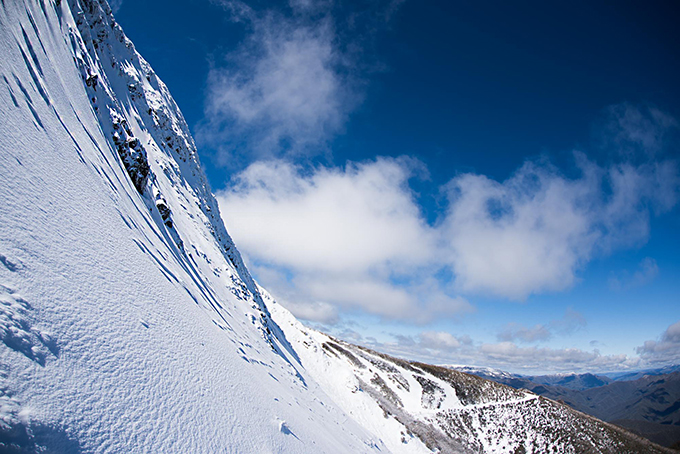 similar to a big wave competition, competitors have been eagerly awaiting the ‘call up’ and have now been told they’ll be hammering down this sucker. Image:: Harro

The event is run like big wave competitions with a ‘waiting period’ for the conditions to align. The organisers yesterday switched the event status from amber (waiting) to green (go) and skiers and boarders are currently hurrying to Mt Buller in readiness for the briefing day tomorrow and the competition day on Thursday.

Event founder and director Tony Harrington explains, “Buller X is an exciting new format and based on the massive groundswell of support and interest we’ve had so far I’m confident we are doing something that both inspires athletes and captures the imagination of snow enthusiasts. Everyone is excited to see a freeride event that celebrates elite level free skiing and boarding in naturally occurring terrain.”

“I think we’ll surprise a lot of people with the serious terrain Mt Buller has hidden away in the chutes and also the sheer talent in the line up of athletes we’ve got from across Victoria and NSW ready to take on this challenge,” Harrington added.

Australia has a surprising depth of skiing and snowboarding talent for a country mainly known for its deserts and beaches. This is becoming more recognized as athletes secure podiums in the Winter Olympics and World Cup events in aerials, freestyle and racing disciplines. To date there hasn’t been international level events offering a pathway to international competition for the freeride skiing and snowboarding athletes in Australia.

“There is a deep pool of talent here in Australia with some incredible big mountain skiers and boarders as the line up of Buller X proves,” explains Harrington. “In Europe and the US there are a number of freeride events and I’m so glad we now have something for these talented athletes here in our own backyard with Buller X.”

! 170824TH_A14.jpg!
To the untamed eye, Buller might not be the most obvious location for a freeride event but lurking just over the summit is some of the burliest terrain in the high country. Image:: Harro

How to Watch Buller X

Spectators will be able to view the thrilling runs from Mt Buller’s popular ‘Family Run’ and will also be treated to online updates and highlights on the day with the winners being announced that night in resort once the international judging process is complete. 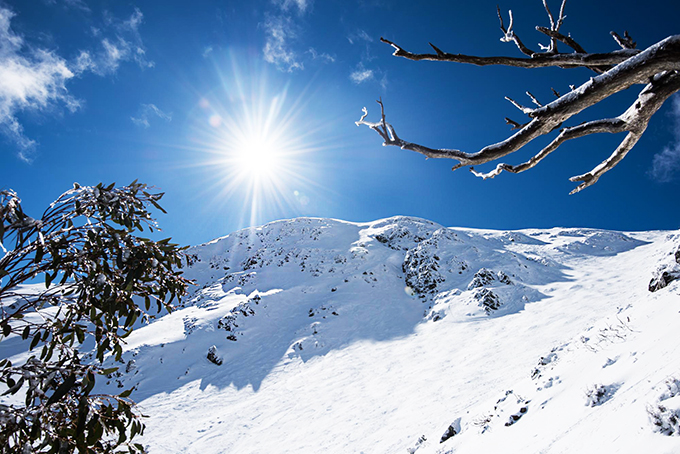 It’ll be an even playing field, with each competitor going edge to edge for glory. Image:: Harro

The winning skier and snowboarder who complete the best scored runs will win a money-can’t-buy prize from Jackson Hole Mountain Resort in Wyoming, USA. They will earn the extraordinary opportunity to film with the Teton Gravity Research film company while exploring the majestic Teton Range. Teton Gravity Research is regarded as snowsports most progressive and award winning production company who produce documentary work with the world’s best skiers and boarders. Selected place-getters will receive cheques from event sponsors Rip Curl, Giro and XTM.