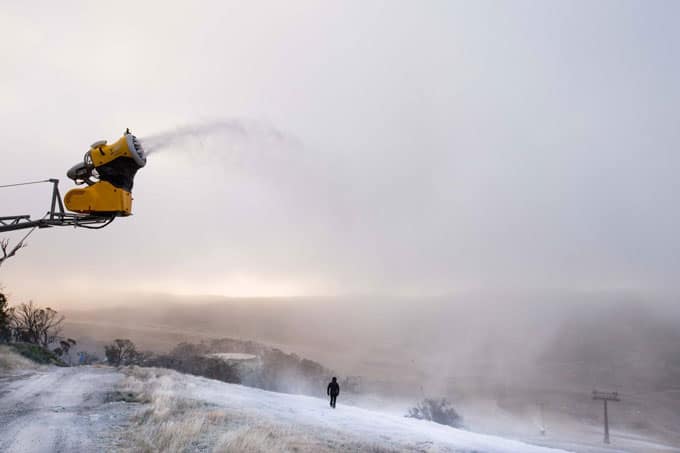 It might be man-made, but it’s snow. Who can’t get excited about that? Image:: Perisher

It’s that time of the year again. Look outside: the air is cold, the surf is good, and The Grasshopper is already sticking his finger in the air and delivering his first Seasonal Outlooks of 2015.

Then to top it off, this morning Perisher have announced that they have flicked the switch on their snow guns for 2015. Recent cold temperatures, plus a few hints of fresh snow in the forecast have clearly gotten Perisher excited about the upcoming June Long Weekend. Too early perhaps? We don’t reckon it matters, there’s going to be white on the ground in no time…