The past week has seen plenty of snow falling in Europe and North America, with Canadian resorts finally getting a good slice of the snow action. In the US, the Pacific Northwest is about to get hammered, but it will be quieter in both the Sierras and Rocky Mountains with a short period of fine weather on the way. As for Japan, the poor start continues, with claims it has been the worst December in over a decade, but there are signs things may soon change for the better.

All the current action in the US is happening in the Pacific Northwest where it is snowing across the Cascades and is set to continue over the next two to three days, and the forecast totals are big, Mt Baker in line for 120cms while Stevens Pass should see 85cms. This is a big turnaround as the snow cover in the Cascades was poor, that region having missed out on the big storms experienced in the Sierras and the Rockies over the past three weeks, the most recent being last weekend.

That storm took seven-day totals in many resorts in Colorado, Utah and California to over a metre, adding to an already very good early winter snow pack. Since then thing slowed down in the Rockies with fine and relatively mild weather the next few days although Colorado should see more snow mid-week with possible powder turns on Christmas day, the forecast favouring resorts to the south. It is also dry and in California, but another storm is due on Sunday with light to moderate snowfalls in the forecast for Mammoth and the Tahoe resorts.

It has been a very poor start to the season in Japan and the warm trend continued over the past week with rain across most resorts on Tuesday and Wednesday. There is still only limited terrain open in Hakuba while Myoko is yet to open any lifts. In Niseko the snow pack copped a hammering from the rain, forcing the closure of some lifts, but the good news is it started snowing last night and there was 10cms on the ground this morning. 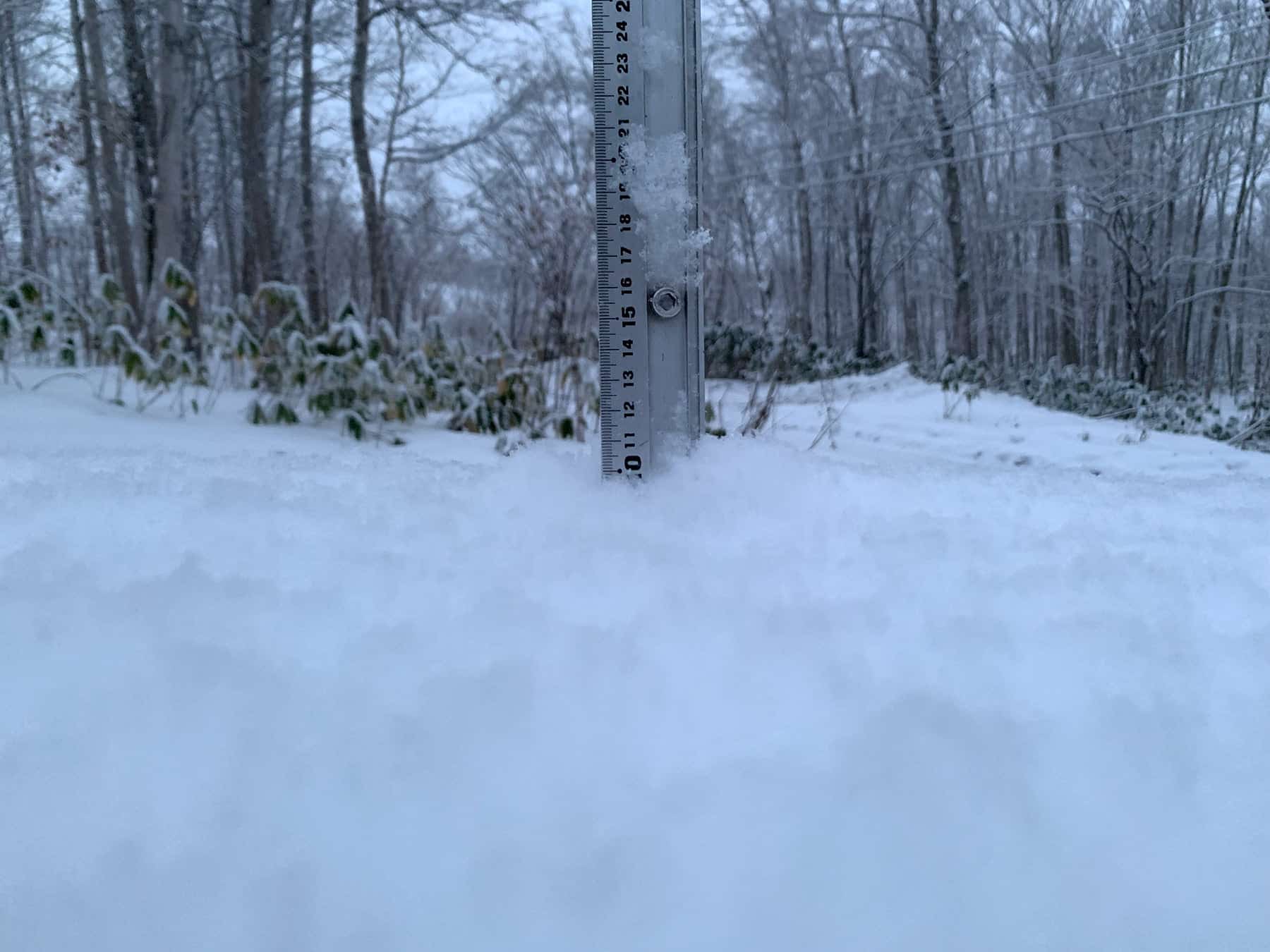 Things are a little bit better in Furano, the rain turning to snow on Wednesday leaving 14cm at the base by yesterday morning and there was more snow last night. The Grasshopper said it’d would be a slow start in Japan season but that could turn around, the latest outlook pointing to an above average second half of the season.

In the meantime, the forecast is for much colder temps across mountains in both Hokkaido and Honshu with snow showers expected tonight and tomorrow night. Another system is due on Monday which may bring heavier falls, with potential for 20cm on upper slopes in Hakuba and similar totals in Niseko and central Hokkaido.

Finally, the snow started coming down across British Columbia last week and a lot more is due over the next three days. Whistler has had 25cms in the past 72 hours and further heavy snowfalls are expected with another 40cms forecast over the next 48 hours. The forecast is also looking good for interior BC resorts, Fernie in line for 71cms by Monday morning and 40+cms for Kicking Horse. However, Revelstoke is the star, already receiving 78cms over the past seven days and another 60cms is forecast by Sunday morning. 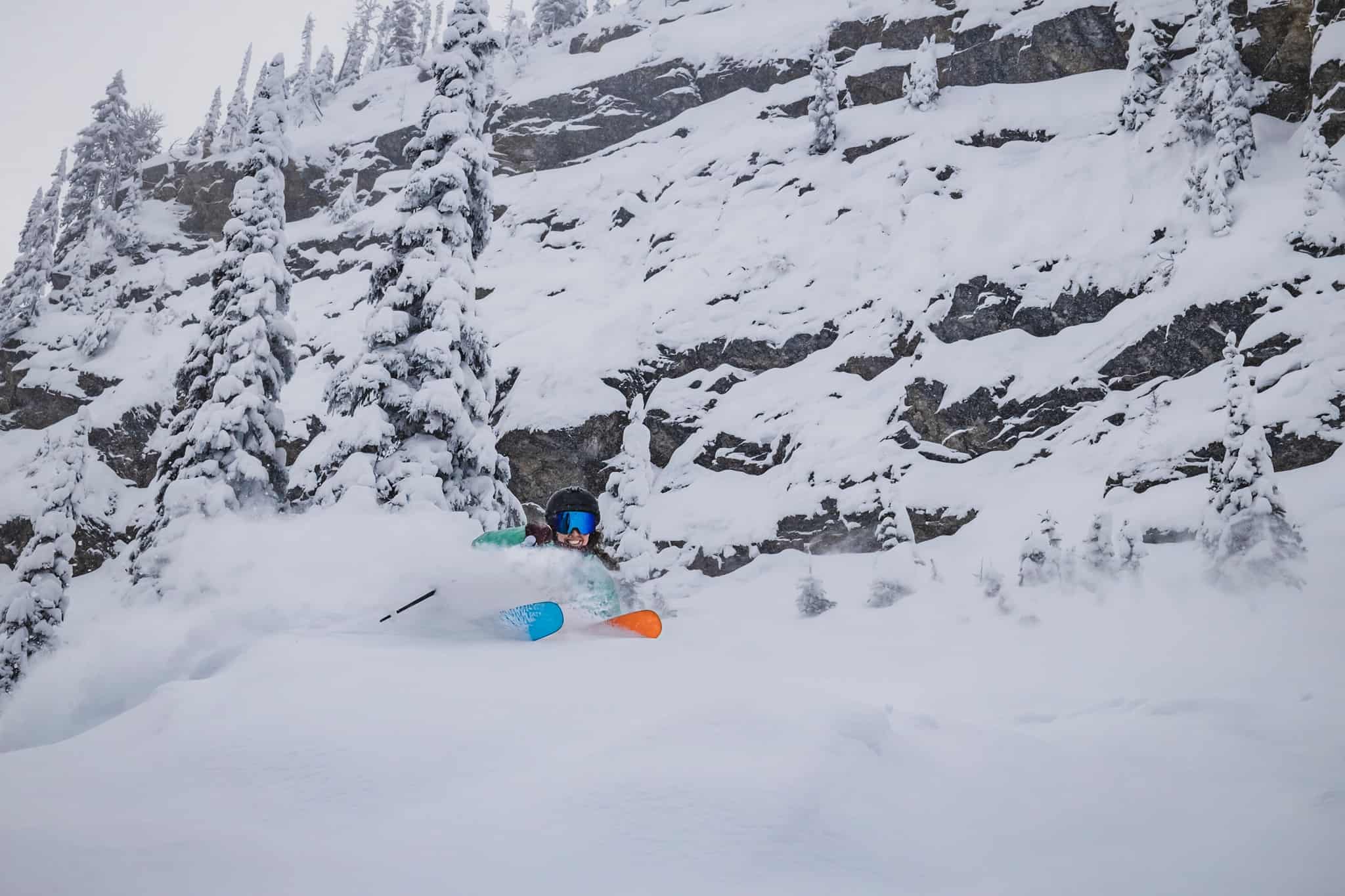 The past week has been mainly fine but cold in Lake Louise with a few snow showers at times. There is a very good cover of packed winter snow, the base sitting at 95cms with more snow due over the next two days.

The consistent early season snowfalls continued last weekend in Europe with significant falls across much of the Alps. The western regions fared best, with the seven-day totals in France and Switzerland nudging the one-metre mark. It has also been snowing in Austria this week with reports of 20-30cms mid-week and the forecast is for moderate to heavy falls late in the weekend.

In fact, there will be plenty of snow across the European Alps this weekend, particularly in France with significant three-day totals of 60-90cms forecast for Tignes, Val D ‘isere and Chamonix. In Italy snow is due over the next two days, but lighter falls are expected with 15-20cms in the forecast.

It took a while for Canada to get going, but our pick of the week is Revelstoke. It is open top to bottom on piste (longest vert in North America), the past week dropped 78cms and another 60cms is due over the next three days. Powder turns in Revvy are something we all need to experience at some stage.